Caravanning full-time with the Adventuring Pals

Elvin and Eshlyn Pal rarely camped as kids. But that didn’t stop these ‘Adventuring Pals’ from carving out a life out on the road.

In his twenties, Elvin discovered 4WDing. And with Eshlyn’s career in medical imaging blossoming, Weipa kept knocking on their door.

“It is something that we have talked about for a long time,” says Elvin.

The young family departed Hervey Bay in March 2019, living full time in their caravan while travelling and working around Oz.

“Jordan and Jaiden were one and two at the time,” recalls Elvin. 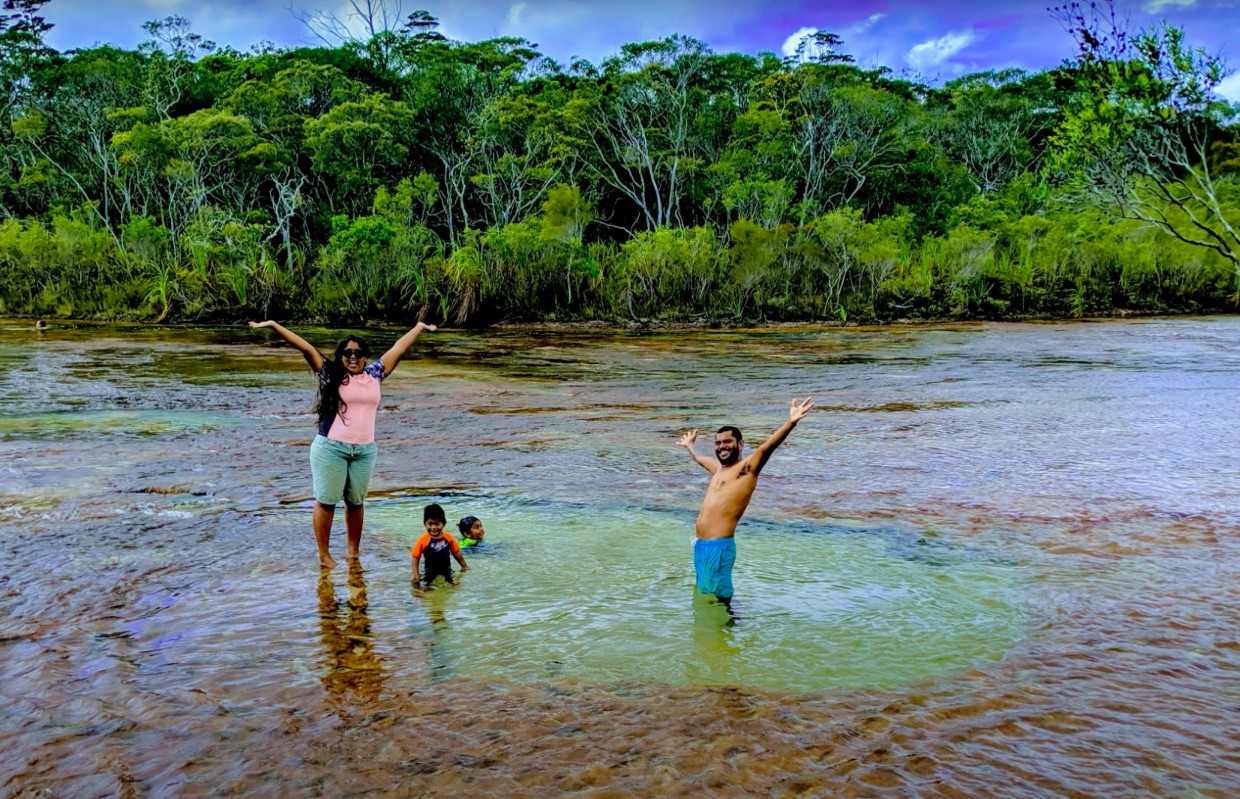 The Pals needed comfortable accommodation suitable for the whole family.

“We wanted to get a camper trailer,” says Elvin, but that all changed when the right caravan came along.

“We found a Jayco Expanda Outback for a good price.

“It was the only caravan we ever looked at; we were like ‘it’s got two queen-size beds and an ensuite’, which was perfect for us.”

“We have a family with us, so I don’t really chase the off road. But I wanted something semi-off road just in case we hit a water crossing or a dirt road.” 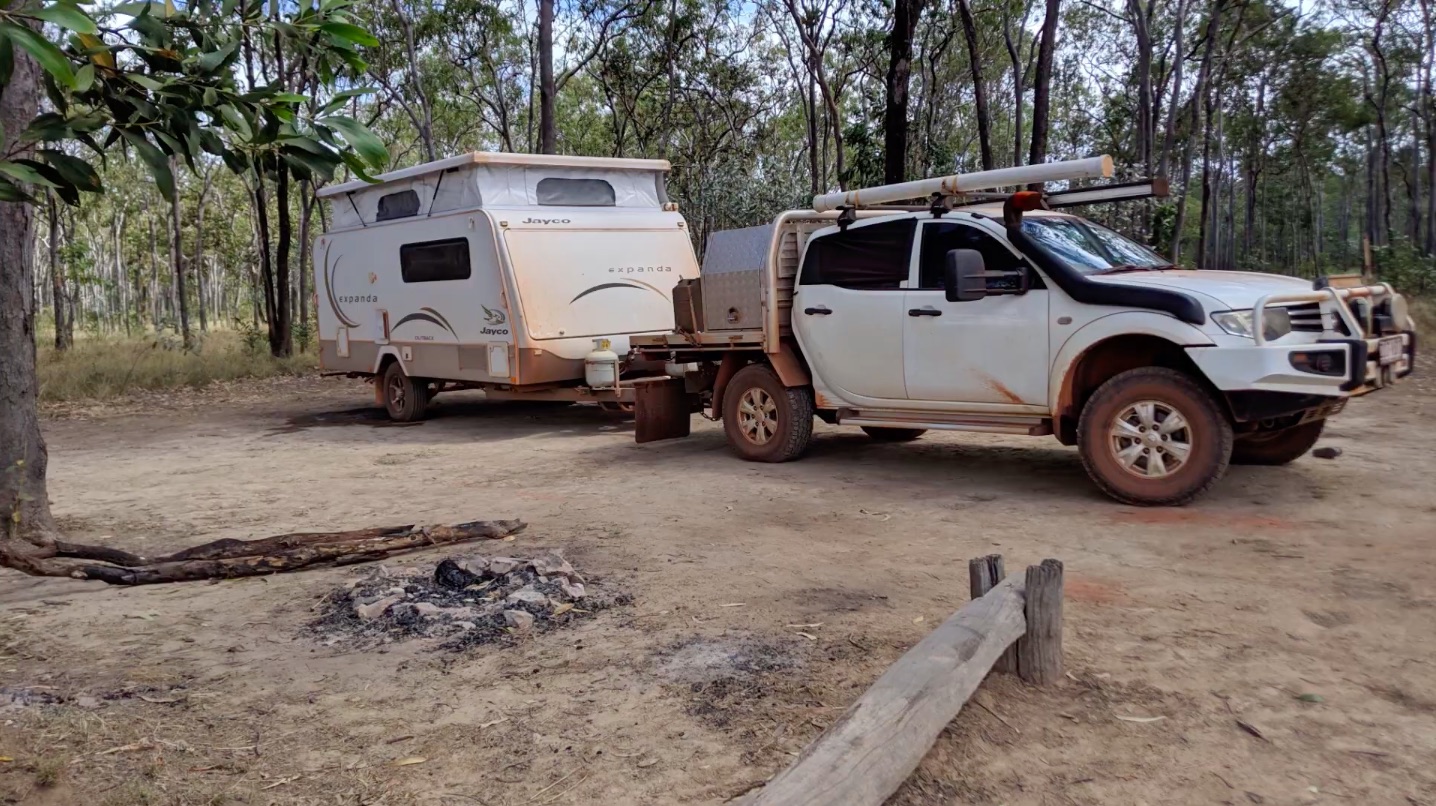 PREPARING FOR THE TRIP

Still, with Cape Country on the cards, Elvin wondered if the rig would withstand the terrain.

“We asked around,” says Elvin.

“There were many people who told us ‘you can’t take a caravan [up to Cape York]’ but most of those people had heard stories second-hand, through a brother or a mate’s friend.

“The few who actually did the trip, said they had no problem at all–if you prepare it properly.”

He also purchased a tent and carries a satellite phone, just in case.

Navigating the van off the Jardine River Ferry proved challenging.

The Mitsubishi Triton, however, was less lucky, busting a host on the Peninsular Development Road prompting track-side repairs and a stop in at Moreton Telegraph Station to arrange parts.

“After we had our first child, I decided to ease up on my work. I wanted to have an extra day a week with my son.”

When Eshlyn fell pregnant with their second son, rather than take maternity leave in Brisbane, the Pals sought a better life in Hervey Bay and to formulate their plans.

Here, Elvin worked in his own business as an electrician, primarily for his former boss till his Eshlyn could take up her dream role.

“We thought, ‘this is a great time to do it [prepare for their travels]’. But I knew if I got into it [establishing the business] we would never go.” 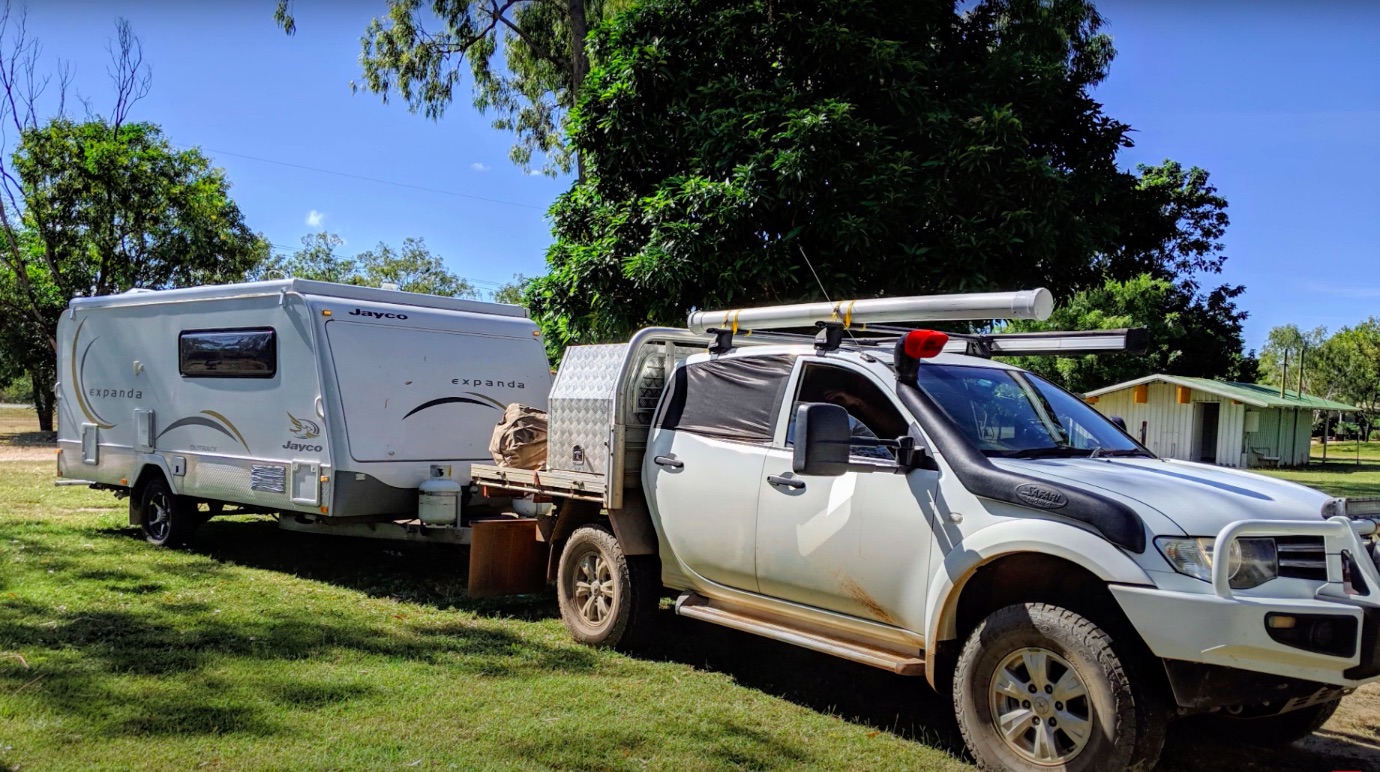 STAYING IN ONE PLACE AT A TIME

Eshlyn has had little trouble finding work in her field with Elvin taking on the primary care-giver role.

“I have asked her but she’s happy to work. Eshlyn works in the medical industry, she likes working and finds it easy to get work. And I get to stay home with the boys.”

Bunkering down has its pleasures.

“Because we get to slow down and spend more time in one place. We get to experience a lot more things than we would just passing through.

“We can take the extra time to really look around. Come back and see the same place at sunset.”

Shortly after their big departure in May 2019, the Pals travelled and worked in Cape York and on the Torres Strait Islands.

“It’s hard to pick a favourite place. But Seisia, where we stayed two weeks before and after our stay on Thursday Island was memorable.

“For us it was a real holiday.

“We loved the fishing. We were in walking distance to pier,” says Elvin. 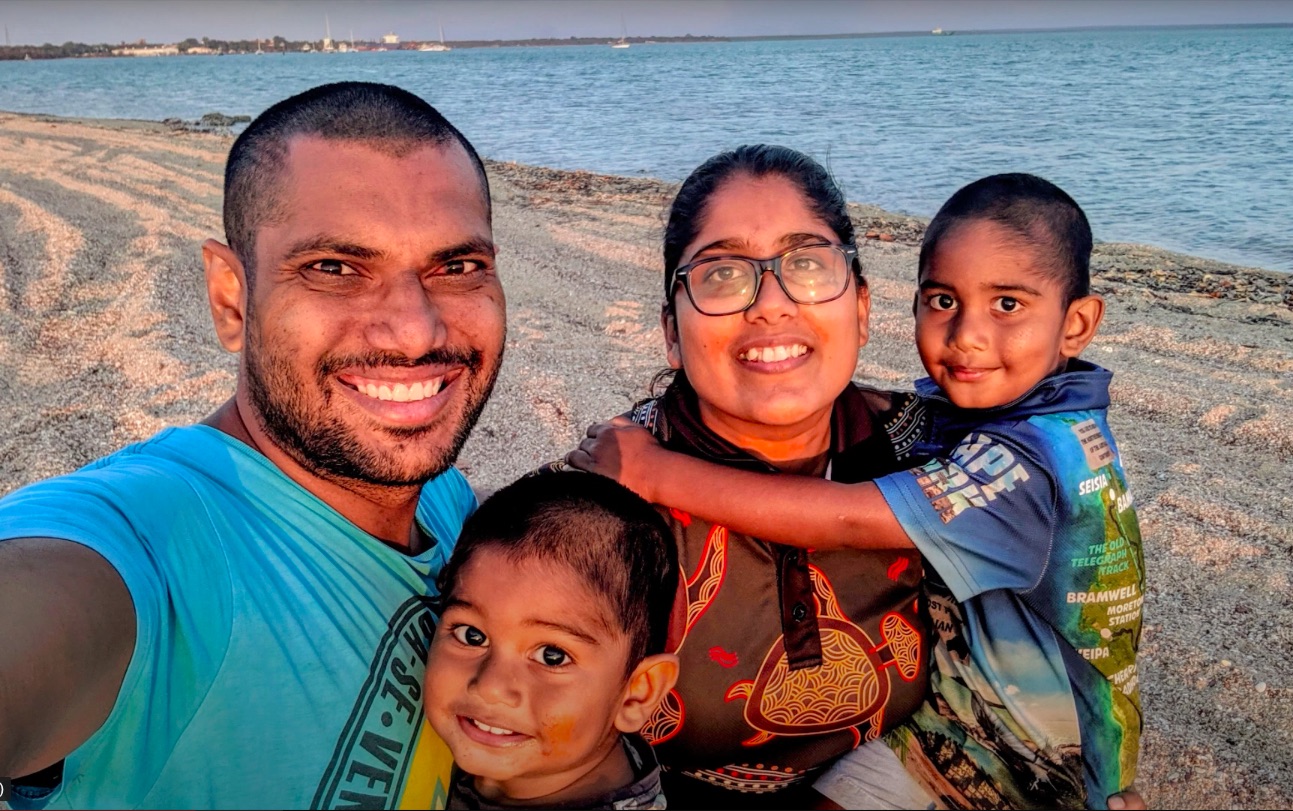 Watching his kids learn and grow on the road is incredibly rewarding.

“I am a keen fisherman and so is Eshlyn. We have seen our kids grow to love it as well.

“Our older boy; his patience has grown. I remember seeing him catch his first fish in Weipa–he can now hold a rod on his own.

“If anyone catches a fish he can name it. I say to him, ‘Jaiden, I caught this fish,’ and he’ll cry ‘you got a trevally!’,” Elvin laughs.

“We went to the Great Barrier Reef onto a semi-submersible for a look and he could name all the fish and the turtles.” 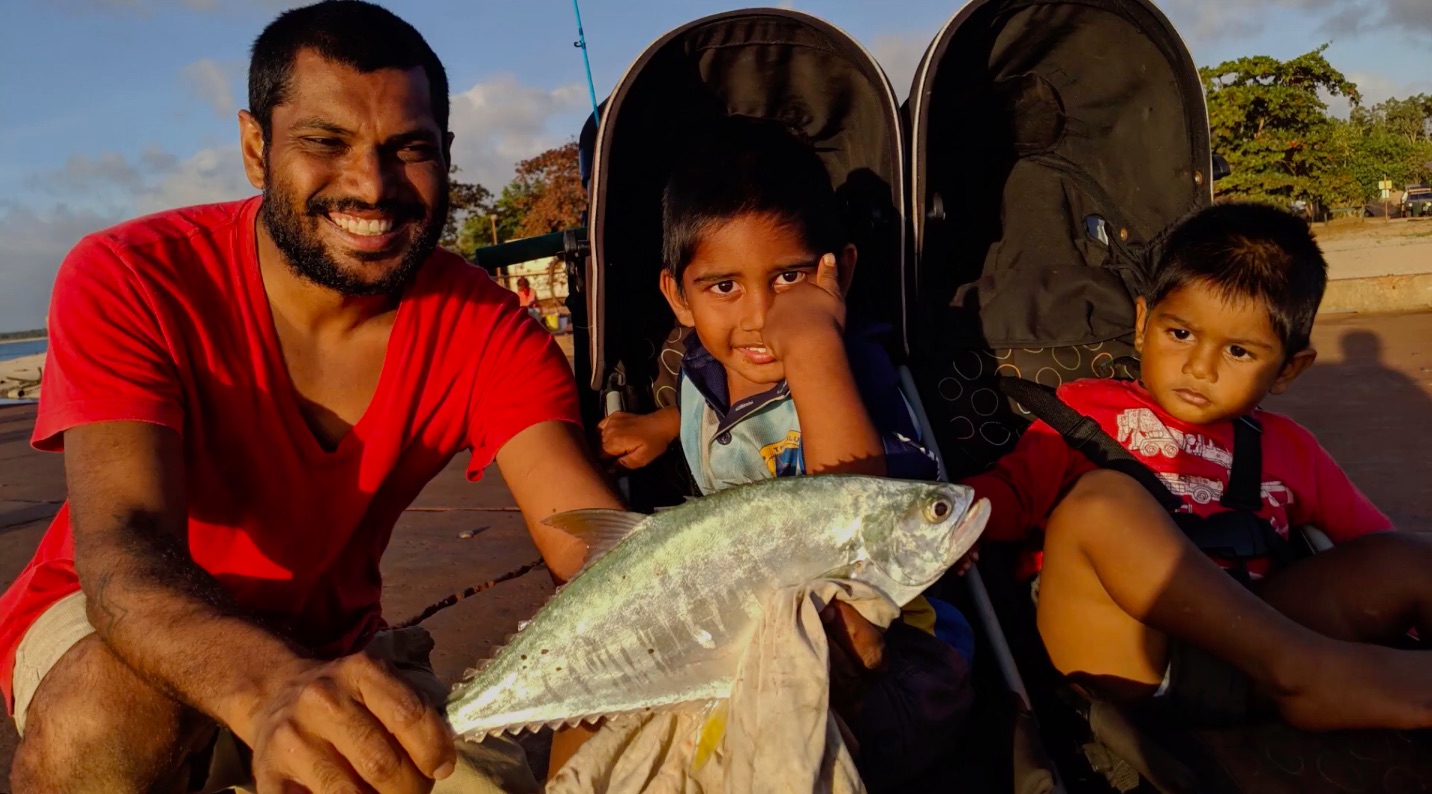 In the past seven months, the Pals have worked and travelled the north west, central and east coast of Tasmania, in keeping with the restrictions.

“There is so much to do, everywhere we go.”

The keen anglers pulled into Southport, a sleepy seaside village for the stunning Lady Bay.

“The first time we left Southport, we said ‘we can do fossicking and caving, next time’, and now we’re here again, we’re finding more things we want to do.

“The more you explore a place, the more you realise how much we have left to see.”

“We’re really fortunate [in this country].” 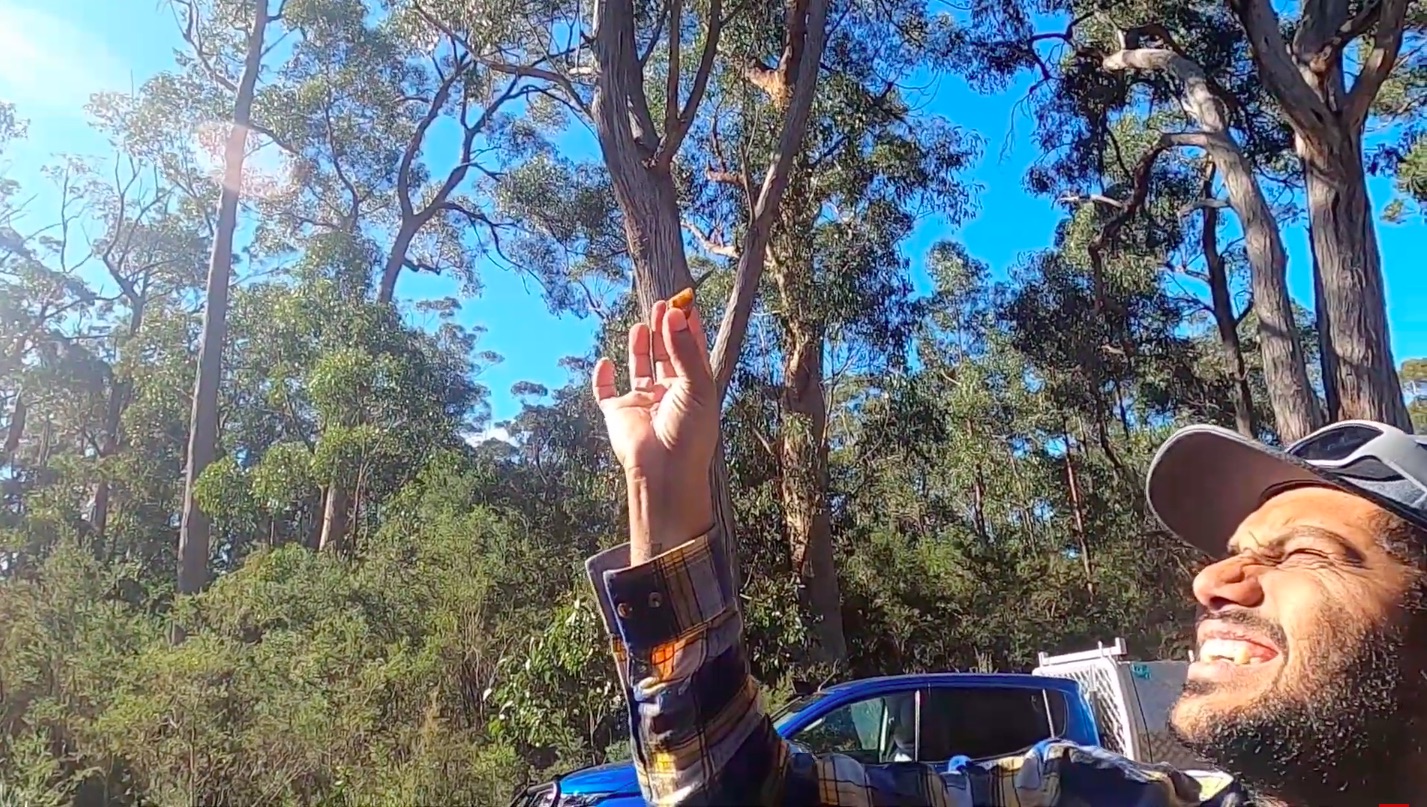