Treasured photographs, uniforms and service medals will soon take pride of place at the Emmaville Mining Museum in a new room under construction.

More than 200 artefacts will flesh out the attraction’s existing ANZAC display celebrating local men and women who served in wars throughout the years.

“Once the exhibit closed, we said ‘bring it over here’.”

The significant collection has since grown, “so we put in for a grant,” Evan explains.

Currently, guests can admire photos and clothing on the Spirit of the ANZAC – Vegetable Creek Remembers commemorative wall at the mineral museum. Though many precious, important items remain in storage.

“My wife is a nurse and has quite a few uniforms that we’d like to display,” Evan explains.

“The Emmaville Mining Museum offers a true snapshot of the local history which has shaped the identity of Northern NSW,” says Hon Adam Marshall.

“Part of that history is the sacrifice which was made by 300 local men and women who left their homes and families to serve their country during World Wars I & II.” 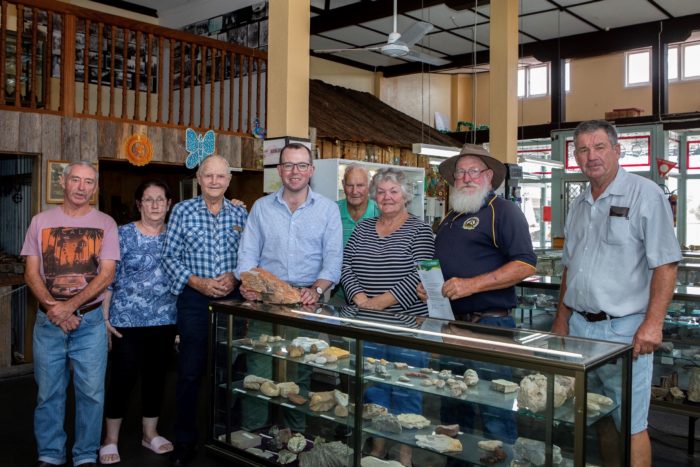 BOER WAR AND BEYOND

Emmaville Mining Museum President Ron Jillet describes the collection as a monument to the Aussie spirit.

“From the Boer War in South Africa at the turn of the 19th century to the more recent War in Iraq, in nearly every conflict Australia has committed troops to personnel from our little town of Emmaville have been present,” Ron says.

“For five years the museum has been carefully cataloguing items which have been donated by the families of those who have served in the armed forces, and unfortunately due to the sheer volume the collection has outgrown its current space.

“This announcement is really special for the Emmaville community as it means we will now have a permanent space to house the exhibition, which includes six Australian Army uniforms from different eras, including a battle jacket from WWI.”

According to Evan, the room’s construction is well underway.

“It is about halfway done, the frame is up and the roof is on, the wheelchair ramp is being erected–we’re hoping to have it complete before ANZAC day.”

“Fingers crossed we get good weather!”

The Emmaville Mining Museum at the Historic village of Emmaville displays more than 4000 mineral and gem specimens.

“The lava glass is beautiful and some of the local tin specimens are astonishing,” says Evan.

But guests can also wander a replica blacksmith’s shop, an old wood-fired bakery and old mining equipment in a machinery shed.

And on the interior of a hessian-lined miner’s hut more than 400 photographs chart Emmaville’s mining history. 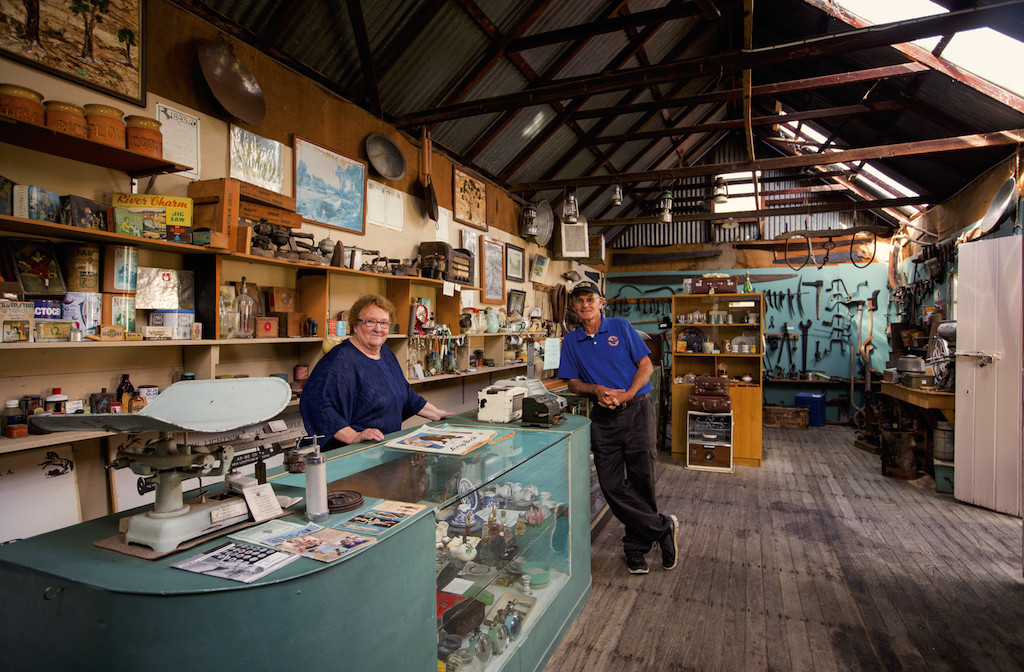