In 1918, a devastating cyclone razed the sugar-cane township of Johnstone (now Innisfail). Its rebuild happened significantly during the 1920s and 1930s resulting in magnificent Art Deco streetscapes.

Innisfail has a multicultural history, and what’s special about its streetscapes is they reflect Art Deco movements world-wide. You can download an app for a self-guided walk around town. 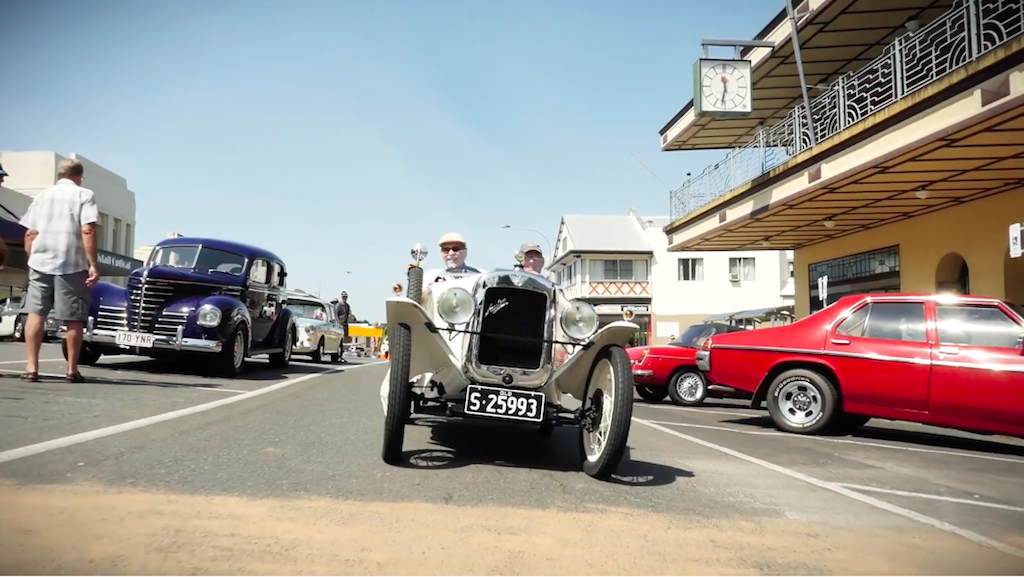 A crowning jewel is the State Heritage-listed Innisfail Shire Hall, built between 1935-1938 (see above right).

Innisfail Town Hall, formally the Johnstone Town Hall, was ravaged by Cyclone Larry in 2006. Thankfully, architect Gayle Plunkett came on board to assist with the restoration.

And right now, you can admire 19 of her intricate drawings within the Innisfail Shire Hall Foyer Gallery. 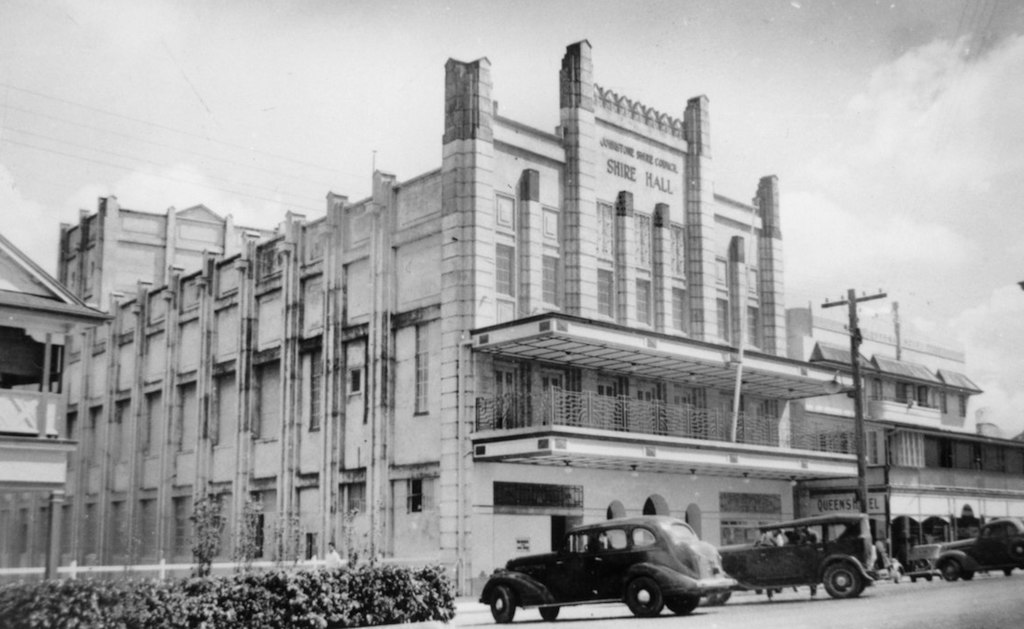 You’ll find few names more fitting for a majestic 1930’s theatre than the Roxy, a centrepiece within the Art Deco township of Leeton, NSW.

Europeans settled in Leeton during the 20th Century so you’ll find a few Art Deco examples throughout town.

But the Roxy Community Theatre is its grandest, a double-storey cinema seating up to 800. 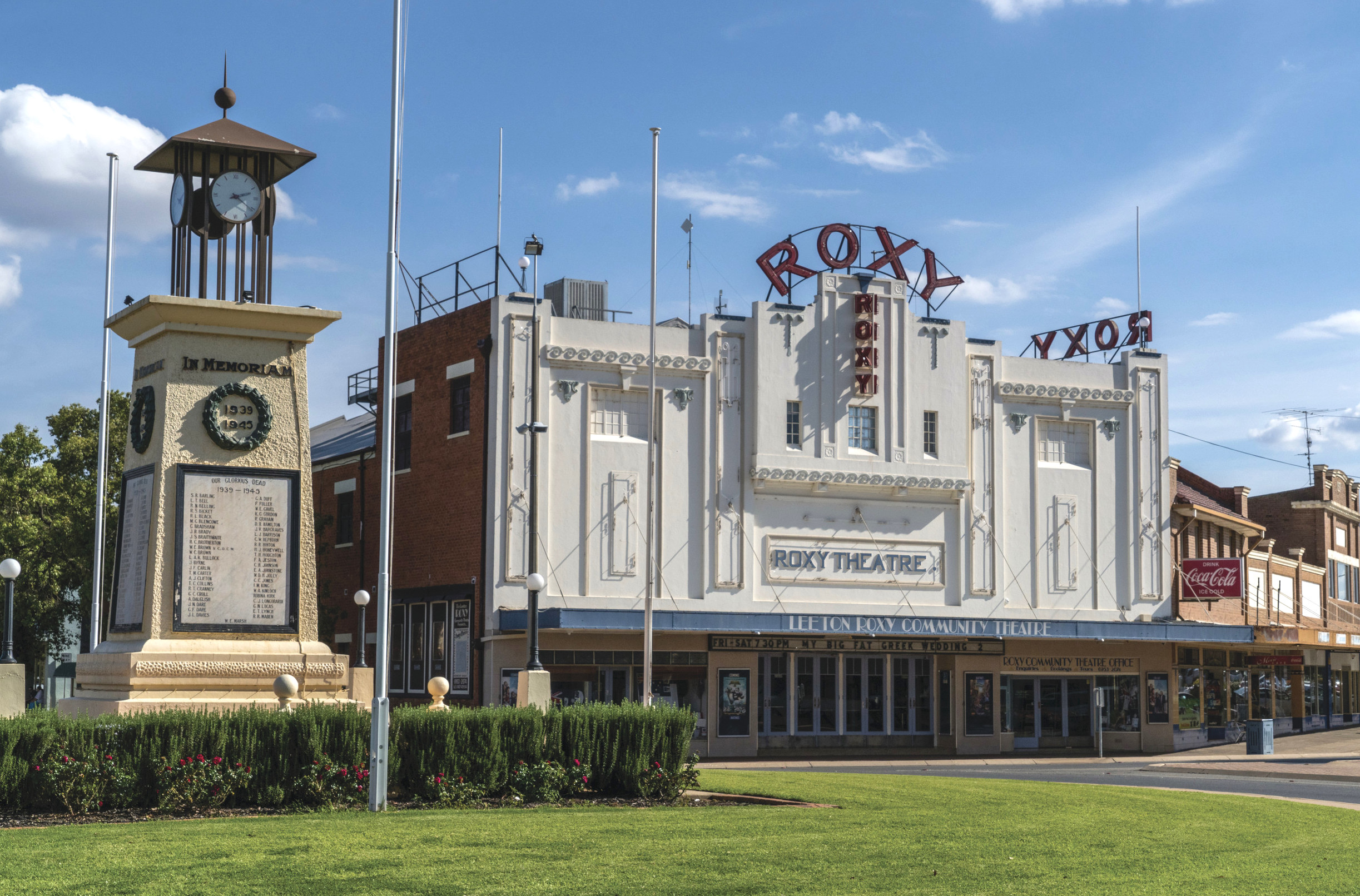 This remarkable gem is still used by the community today—both as a cinema and for live theatre performances. And its original interior is still intact.

Tickets are available for weekly screenings, or you can contact the office on Wednesdays & Fridays between 11am and 1pm to arrange a tour.

Look closely, and you’ll find one helluva catch on top of the Fish Creek Hotel built in 1939. Blazes had swept through the region that January claiming the timber pub that stood before.

This grand Art Deco building located in the heart of Fish Creek is 45 minutes from Wilsons Prom.

The current owners offer cracker meals and continue to faithfully restore this classic club. Including its famous fish, which was air-lifted into place following repairs in 2016. 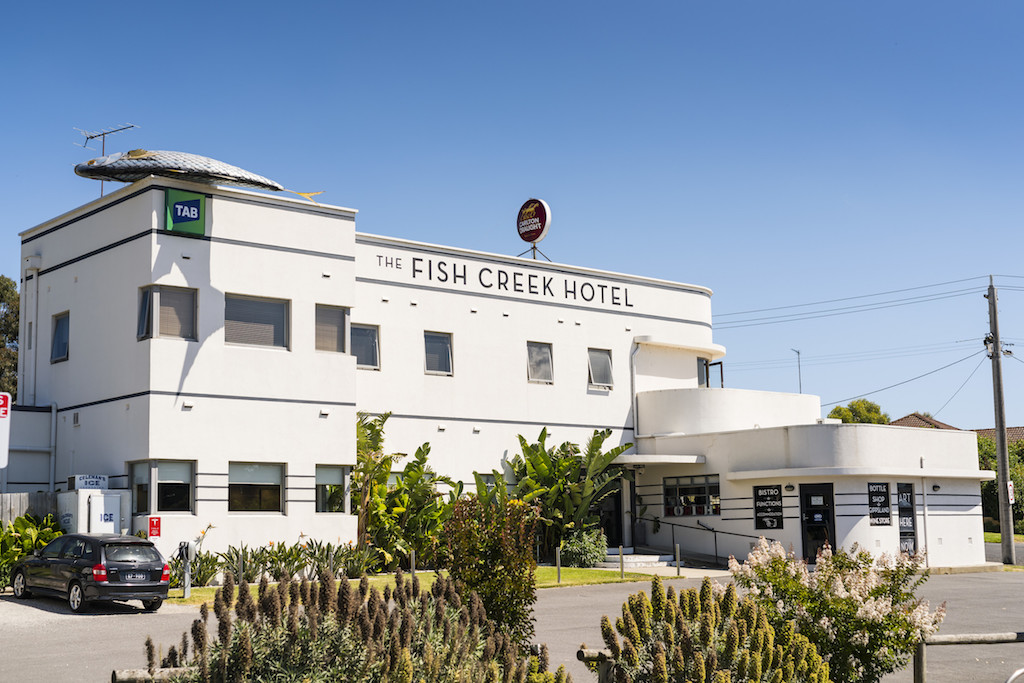 The Tattersalls Hotel in Armidale was built as the House of All Nations in 1856, but underwent extensive remodelling in 1936 when it was connected to the newly-installed mains plumbing.

It was the first building to feature an electronic lift within Armidale. 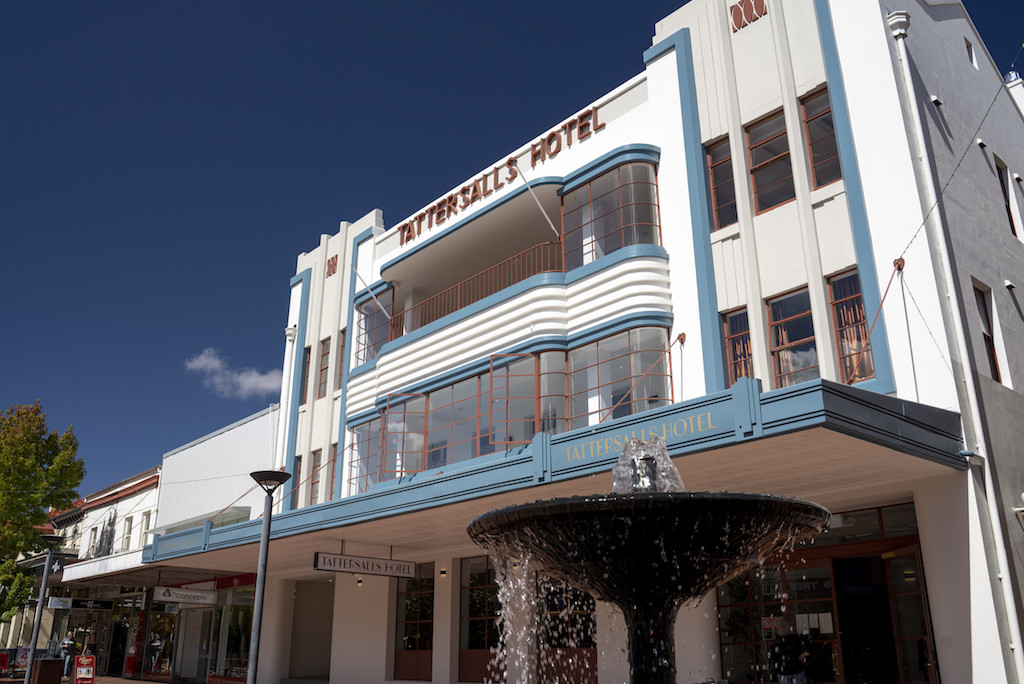 It underwent restorations in 1977 after years of neglect. And again between 2016-2019, with the current owners remaining faithful to the Art Deco style.

Although closed for almost a decade, the Regent Theatre interior is still very much intact, the building itself highly celebrated within the community.

Original projection equipment are among the treasures protected within its glorious double-storey interior. 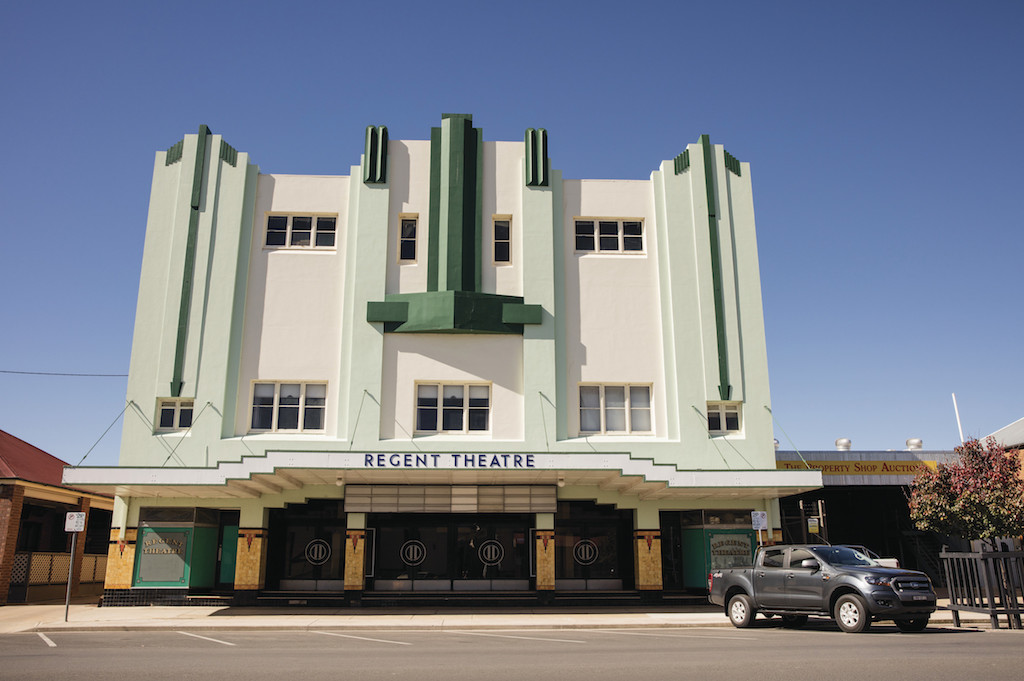