Seek solace in the living art of a Japanese Garden, where designers tribute nature by carefully arranging trees, flowers, rocks and water. These miniature-scale landscapes really do tell their own story. Here are fine examples well worth the trip.

Translated to mean ‘to enjoy peace and longevity in a public place’, the Ju Raku En Japanese Garden Toowoomba is a peaceful 4.5 hectare publicly-accessible garden at the University of Southern Queensland.

This large, traditional stroll garden features a mountain stream and waterfall, a dry garden, central lake and an azalea display. Along 3km of paths, admire more than 200 different Australian and Japanese native plants. 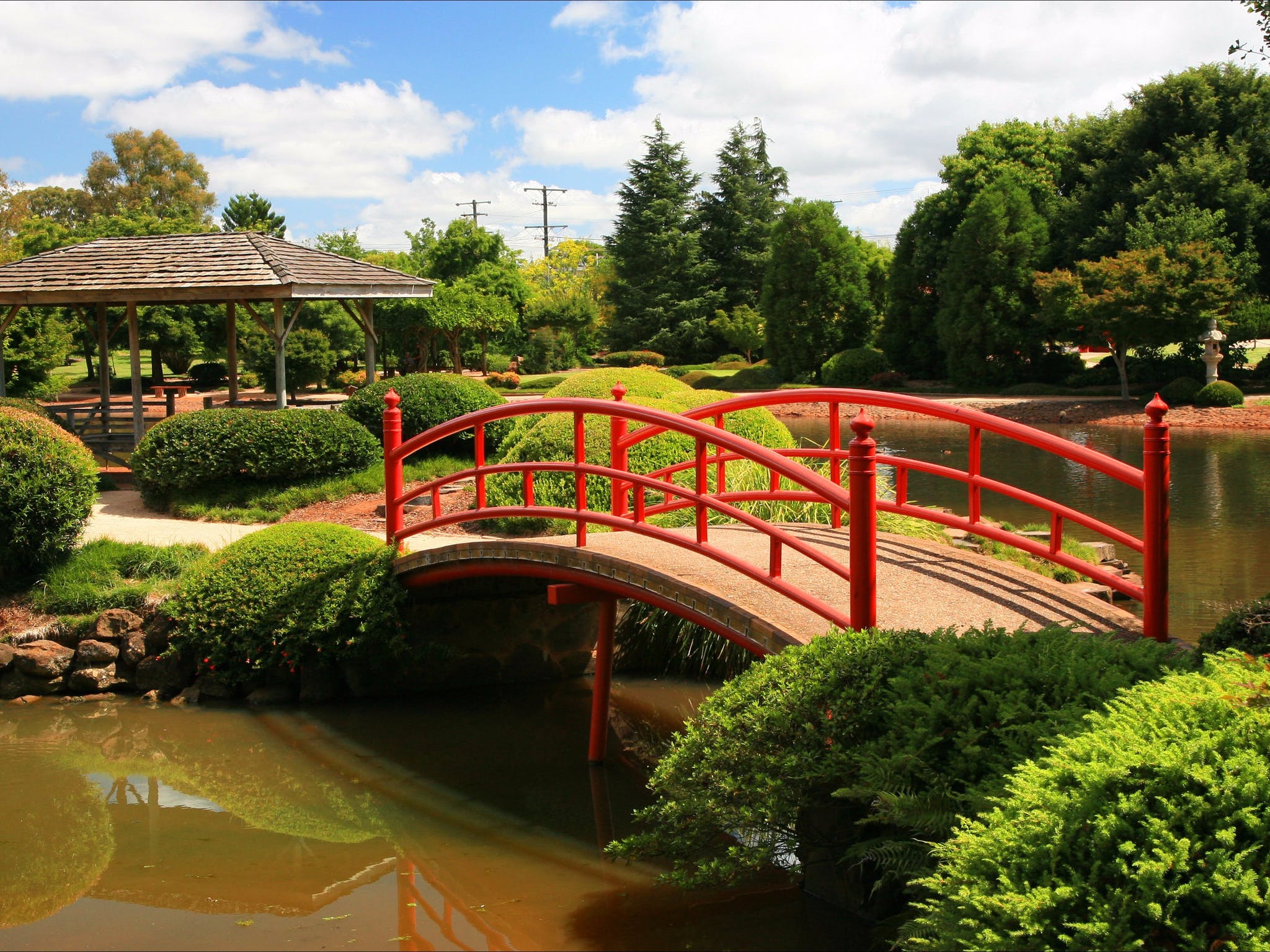 At the Cowra Japanese Garden and Cultural Centre you’ll find a beautifully-manicured five-hectare Japanese garden, with a tea pavilion, Bonsai House and a wisteria pergola setting a tranquil scene.

The gardens at Cowra Japanese Garden and Cultural Centre are significant, providing dignity to Japanese Prisoners of War who perished attempting to escape a local POW facility in 1944.

The designer Ken Nakajima created an Avenue of Cherry Trees as a symbolic guide for those spirits buried at the Japanese War Cemetery to live in peace in the garden. 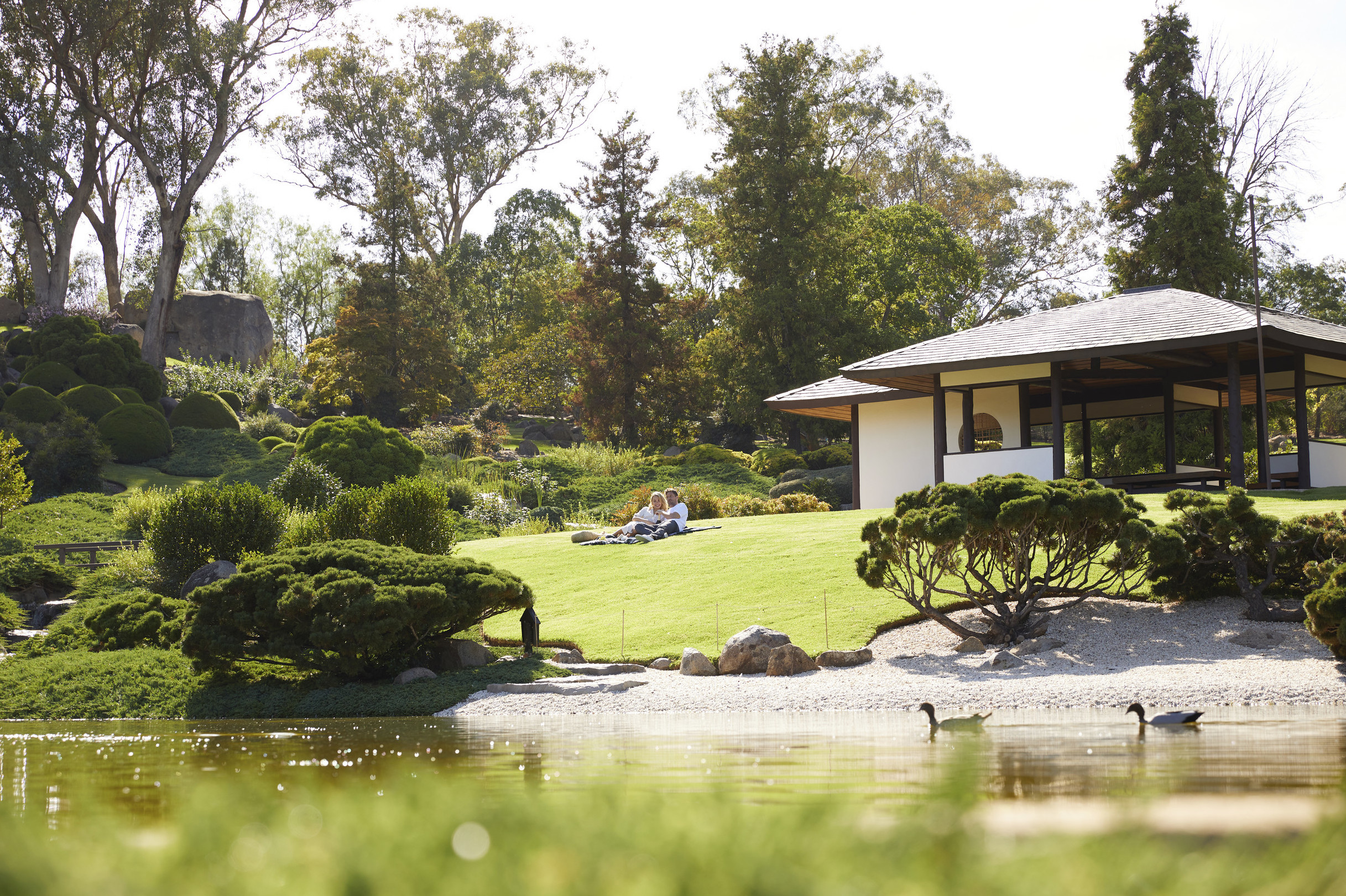 Here’s a lovely surprise opposite the glorious Wellington Caves: the Osawano Japanese Garden, established in 1999. Wellington Council designed and constructed the gardens after Osawano Town Council granted funds for the project as a gift. 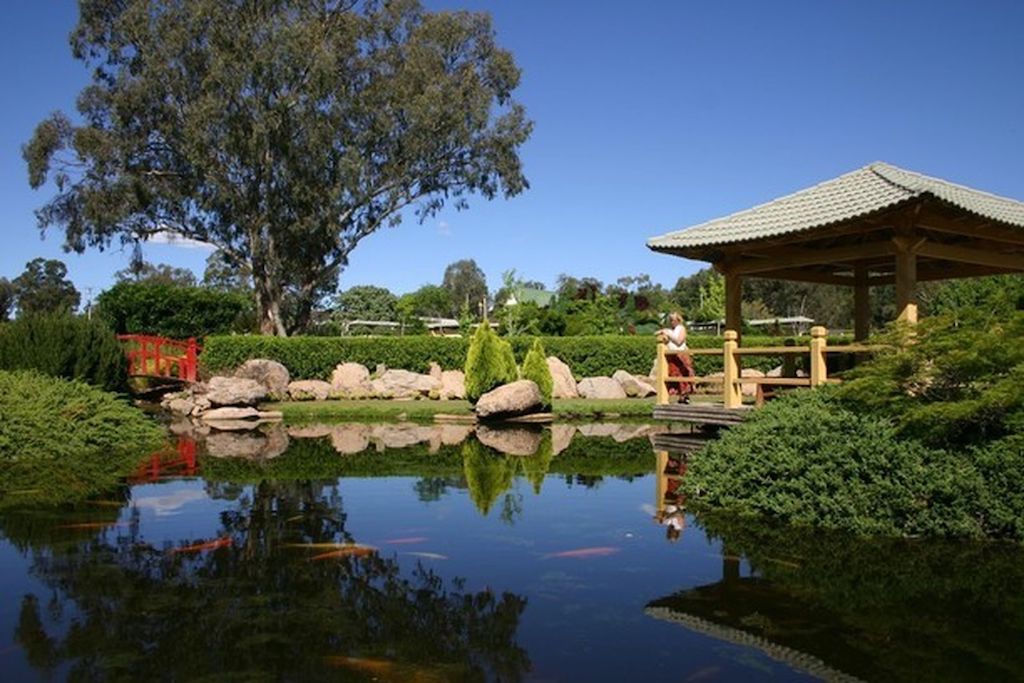 Wander the wide boardwalk for views of the ornamental lake. Or enjoy a traditional Japanese Tea Ceremony at the model Japanese tea house, with bookings arranged via the Ipswich Visitor Centre.

Nerima Gardens celebrates the ocean, Moreton Bay as well as the undulating landscapes, vegetation and river within the Ipswich. A tranquil welcoming space close to a Queens Park’s children’s playground, the Ipswich Nature Centre, Queens Park Café and the Environmental Education Centre.

Parts of the gardens are closed off during the Flying Fox nesting season, so check ahead for more. 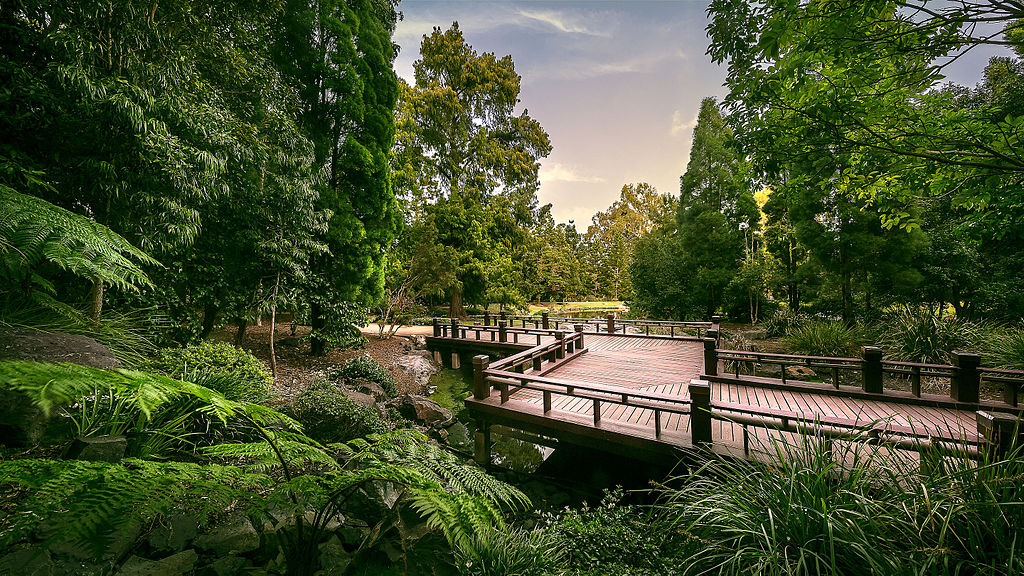