Best view in the Grampians?

Are the views at Hollow Mountain the best in the Grampians? I think so!

There are two ways you can reach Hollow Mountain from Halls Gap, via 30km+ of dirt or the predominately (but not wholly) sealed route mostly by the Western Highway via Stawell. Taking what we thought was the shortcut by Mount Zero Road we ground a few teeth but it was by far a prettier route. (But we also know of a great little caravan park in Dadswell Bridge that’s just 15 minutes from these spectacular hikes.)

Shortly after passing the turnoff to the Plantation Campground, we spotted a few emus nonchalantly crossing ahead–not that we were at any risk of a collision while hunting for the track’s sweet spot somewhere between 20 and 40 kilometres an hour.

Pushing on, we noted subtle yet unmistakable changes in the scenery from the predominantly towering gums and granite of the lower Grampians into its heart. As the tree line lowered, smatterings of grass trees increased in frequency and the soil here became quite yellow.

We arrived a bit more past the hour than what we hoped but we were keen. A quick freshen up at the long-drop toilets with two walks ahead, the Gulgurn Manja art site our first destination. This trail is short, rather flat, though sandy and unassuming for most the way.

As we get closer we spot furry pods, the size of your fingers, clumped by the side of the track drop; my walking companions says they’re from the grass trees. As we approached the art site, we stepped up onto a plateau, with orange outcrops peppering the periphery. (Here’s one taken from the Hollow Walk track) 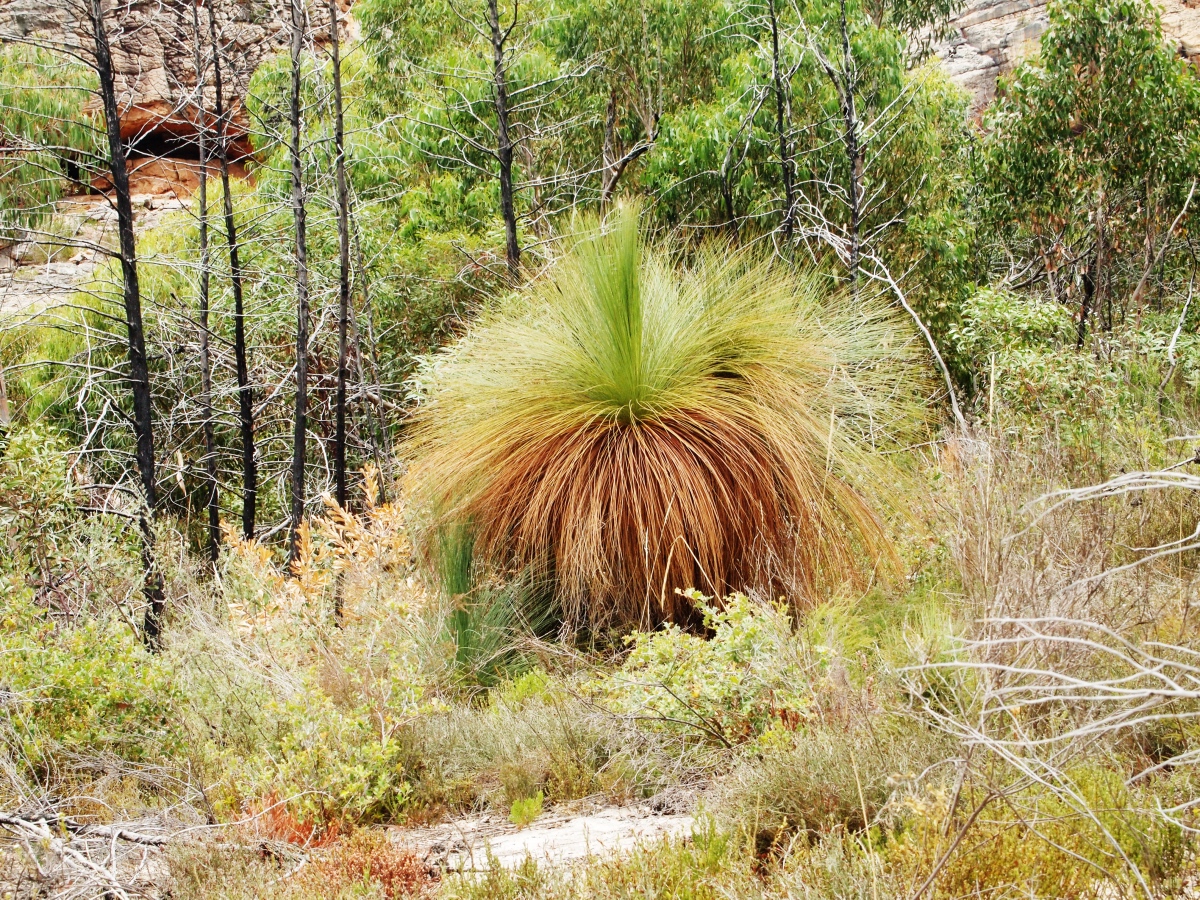 At Gulgurn Manja, we pointed out handprints to the kids, aged 8 and 10. It turns out they were probably similar in age to the children who created them thousands of years ago. My youngest, delighted at the emu tracks, stealing my camera as I held her steady. The view here is lovely. 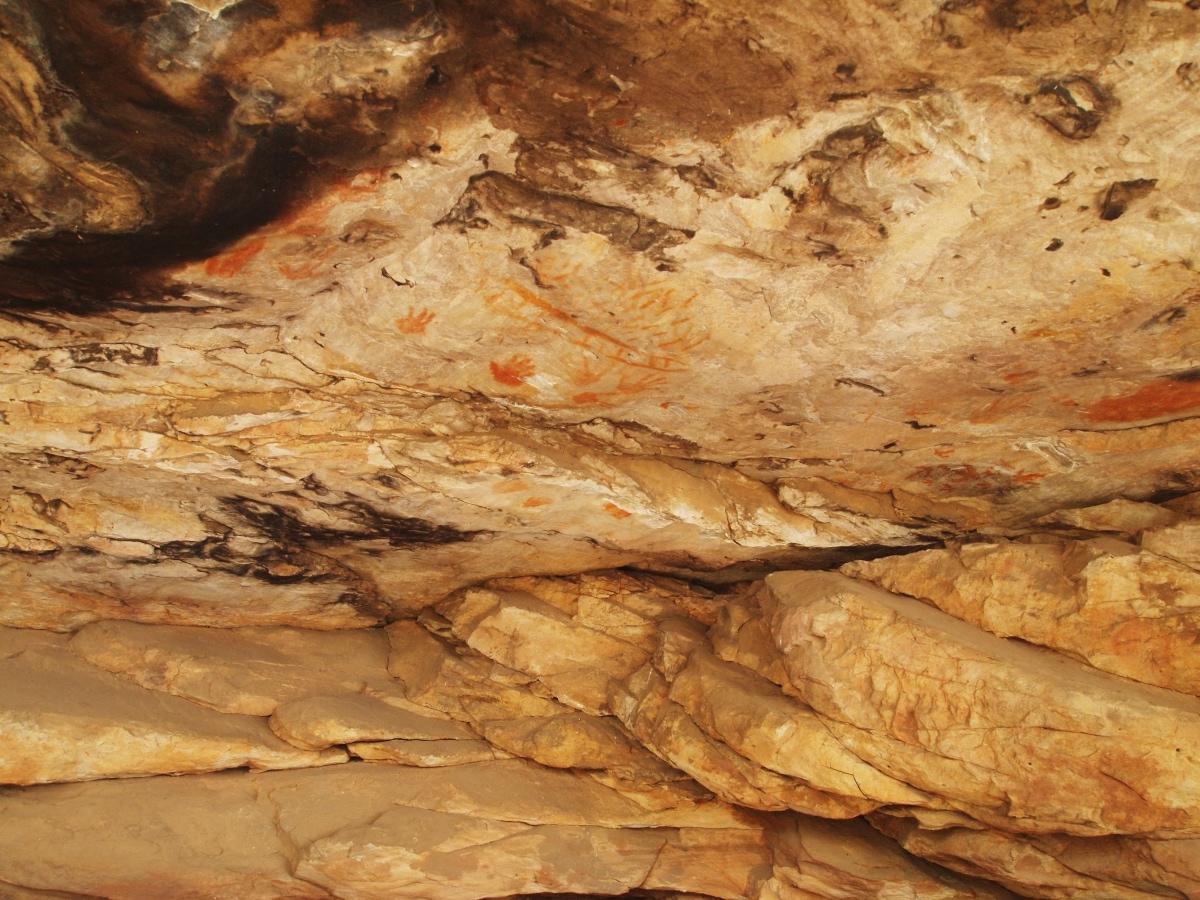 It was hotter than we anticipated and my youngest wasn’t keen on Mount Hallow at this point but my friend gently urged her on and up the stairs knowing what lay ahead. Having control of the camera helped, too, bringing purpose and dignity to our frequent stops.

BUT THEN IT GETS FUN

Her tone changed entirely when we reached the first rock scramble at the top of the steps, where my eldest kicked back anticipating our arrival. It was early in the afternoon by now and we were well sheltered. We stopped, waiting for a fellow walker to plot her descent. Shortly afterwards, I saw the challenges she was contemplating. Place your arm here, shuffle a bit to your right, grab that rock and give it a big push.

Up through this first passage, we see the honeycombed inside of two windswept rocks, the first inkling that this challenging hike would exceed my expectations. As I then circled the outside of those rocks, I was staggered how high we’d reached. I could from here see the thin yellow roads weaving through expanse of green.

There wasn’t much room here, we found ourselves bringing our bodies close to the rock. Upwards on and onwards till we reached an amber cave. Through it or around it were our options. Some of our taller mates pushed through with a struggle though the little ones sailed through easily. Me and my friend took outer route, leading to my favourite outlook during the hike. 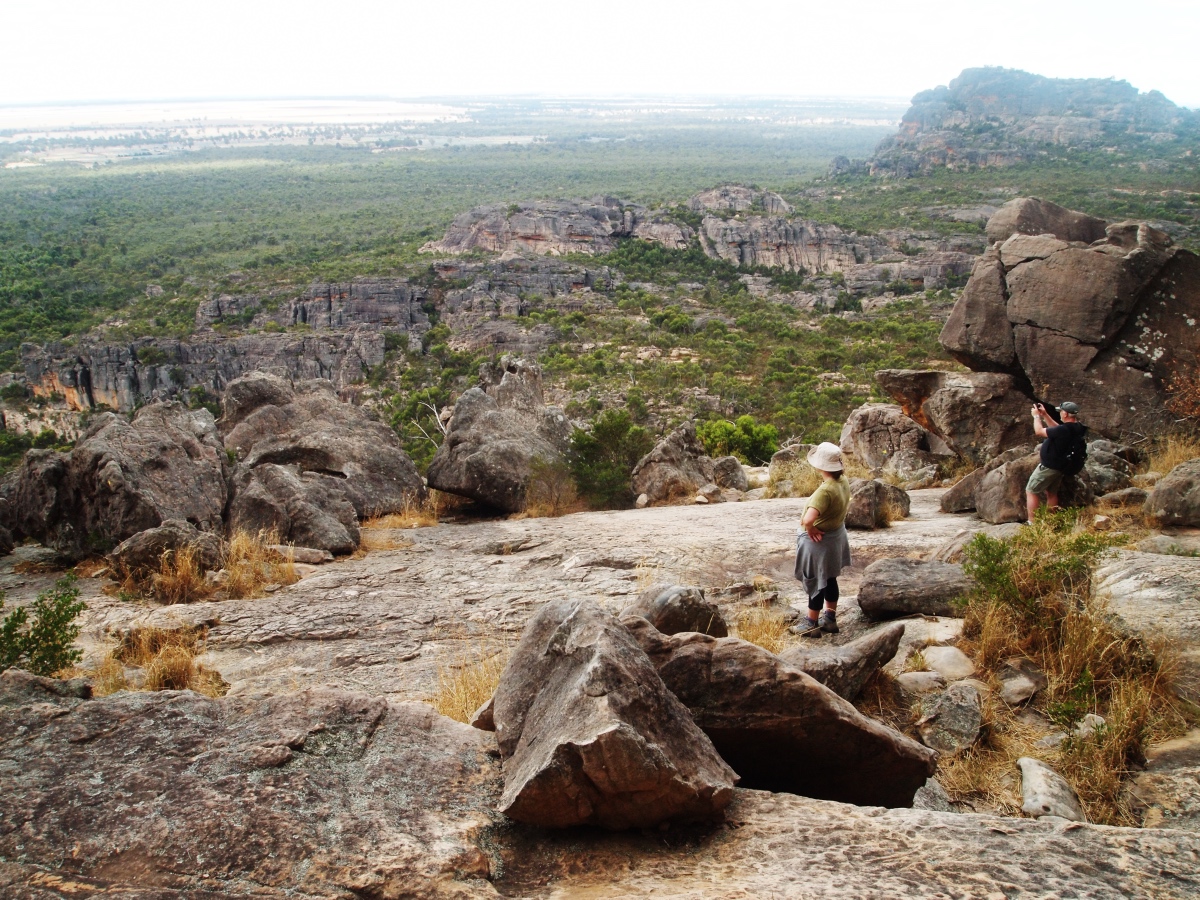 Fellow walkers making their way down said there was more to come, so we pushed on another few hundred meters or so, slowly in a spiral direction up to the peak, enjoying 360-degree views into valleys and out to Mount Stapylton. Here’s just one! 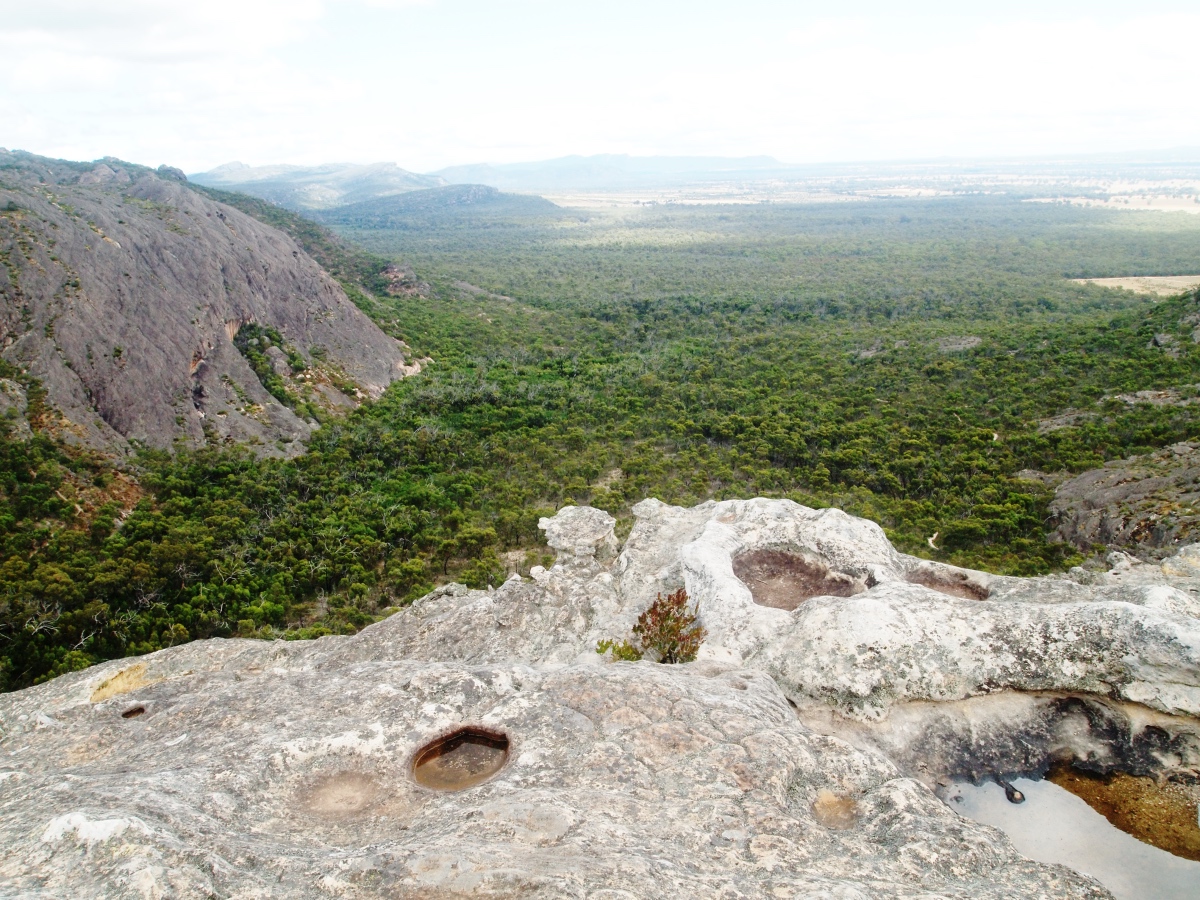