Comets, volcanoes and explosions shaped our landscape throughout millennia. We name some of Australia’s grandest crevices and reveal secrets of the remarkable worlds that formed around them.

And the Blue Lake within Mount Gambier is an absolute gem, though the source of its cobalt summertime shimmer is widely contested. You can walk the entire 3.6km rim.

The What’s Up Downunder crew stopped in here a few years back, convoying from Victoria to Adelaide.

Mount Hypipamee Crater is of the many treasures hidden within the Evelyn Tableland in the Hugh Nelson Range. Hypipamee Lake pools at the bottom of a 70m-wide volcanic pipe, blasted into existence.

As you walk the 4oom boardwalk, the rainforest canopy slowly clears to reveal a platform overlooking the granite crater. Native waterweed grows like lacework over the 70m-deep lake. 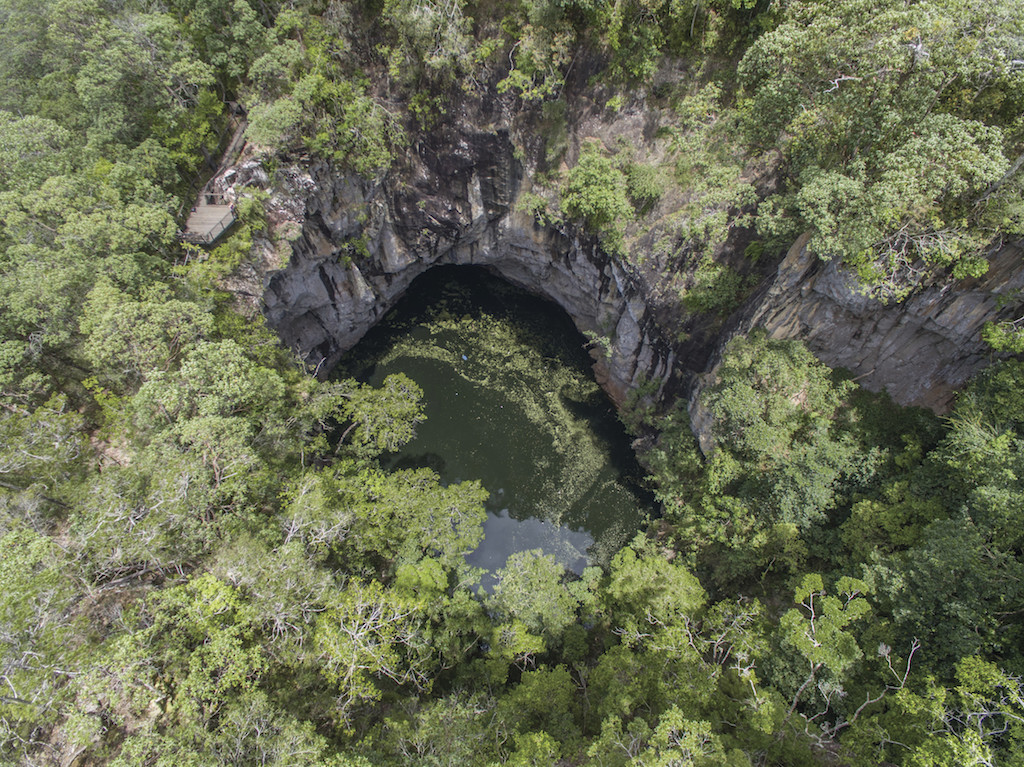 Enjoy quiet contemplation on wide board-walks, through lava flow canals and around the crater’s rim at your own leisure. Or challenge yourself with great 4WDing within Budj Bim National Park.

Generation after generation, Gunditjmara locals leveraged the mineral-rich landscape as vital infrastructure to harvest kooyang, a type of short fin eel. Up until recent lock-downs, guides shared their knowledge on tours and look forward to sharing their knowledge again soon.

Forty minutes away and closer to town is Tower Hill, forming part of the same volcanic system. Parks Victoria is unveiling plans for this spectacular region; you can share your feedback here or subscribe to stay tuned! 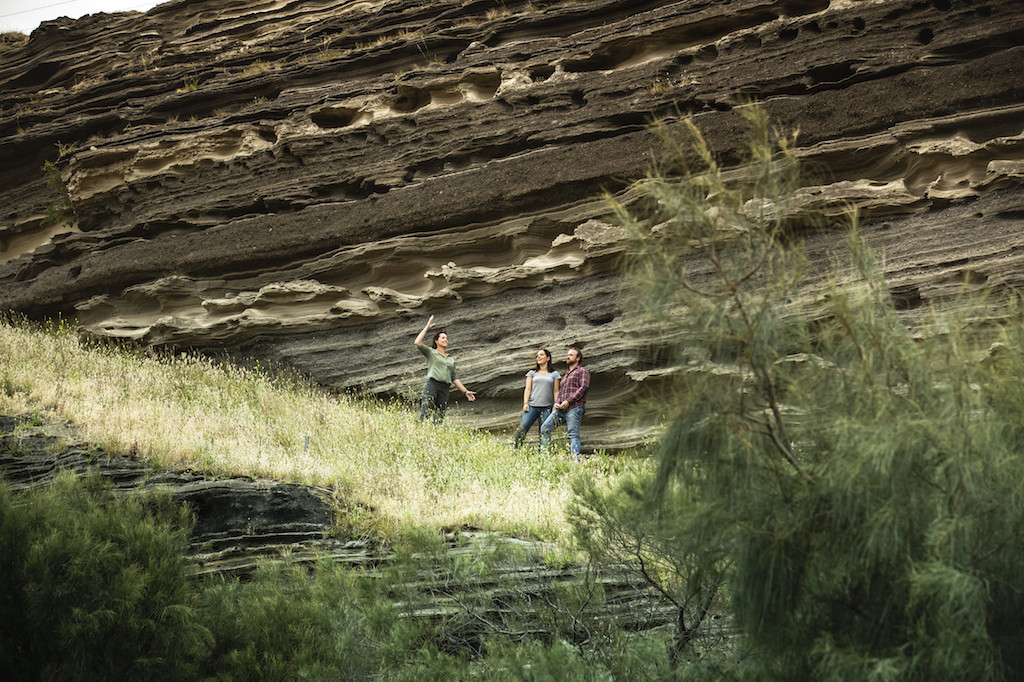 Three-hundred thousand years ago, a meteorite careened the earth’s atmosphere at 15 kilometres a second.

A survey brought its 880 metre-wide crash site notoriety in 1947. But the local Djaru people long-noted its significance, believing rainbow snakes weaving from Stuart and Wolfe creeks emerged as one at Kandimalal.

Researchers considered Wolfe Creek Crater the world’s second largest, though aerial footage has potential uncovered another which could be five times its size a week ago.

To the Western Arrente people, Tnorala was a cradle left behind by a mother dancing across the Milky Way.

Wildly, scientists concur its cosmic connections, flagging Tnorala as an impact site for a 600-metre-wide comet that struck 142.5 million years ago. The now-eroded crater currently has a 5km diameter, down from 20km when it was thought to have formed.

Here, we see it afar amid desert in bloom.