What to do in Cardwell? Well, first thing is to go fishing, the catch of the day will depend on the day. As we don’t go fishing we went looking for other suggestions. First call was the visitors information centre, where I got a glimpse of how far the tide goes out here through the molluscs on the pier.

It’s a good idea to allow a little bit of extra time at the Info Centre to have a look at their excellent display.

The very helpful volunteer had plenty of suggestions. One was to go and have a look at the Coral Sea Battle Memorial Park. Given that the battle was 500km away, I wasn’t sure just how important it would be. I am happy to admit I was wrong.

Although the battle took place 500km from Cardwell, the locals will tell you that they were told by those who were in Cardwell at the time could hear the battle and see some of the flashes from guns, fires etc. Who are we to argue with them!

One of the US ships, the USS Lexington, nicknamed Lady Lex, entered service in 1928, and ended it on 8th May 1942 when she was scuttled. Lady Lex had been badly damaged and was sunk by the USS Phelps who fired five torpedoes into the Lexington to prevent her falling into enemy hands. Although there was a pretty good idea of where she was, it wasn’t until 2018 that she was found, about 800km of our North East Coast in the Coral Sea.

Why was this battle important to Australia? History tells us that it was decisive in stopping the Japanese advance to Australia, which is why it carries the name of ‘The Battle that saved Australia’. This memorial is constantly growing because anyone who was in the Battle of the Coral Sea can have a plaque put up in the memorial.

Our next adventure was to follow a particular drive around the area to have a look at some of natures treats. Our first stop was Cardwell Lookout, which gave a good view, as you would expect.

Next stop was Attie Creek. You can take the high road for the beautiful waterfall, but that entails a lot of stairs. While I was happy for the uphill walk, stairs and I are not good friends. I opted to go down to the smaller waterfall, while Peter took the stairs. Both places were lovely and worth seeing.

We had been told that the natural Spa Pool was the pick of the sights, and they were right. It is simply beautiful. In the middle of the creek, the water falls into a little pool, rushing through and over the rocks and creating a spa effect. It then goes into a wider creek which has a rock bottom and is crystal clear. We were told it can be a range of colours, it all depends on what is coming into this part of the water from upstream.

We had a beautiful day driving around and seeing some of the sights of Cardwell. — words Alison Huth, photos by Peter Huth 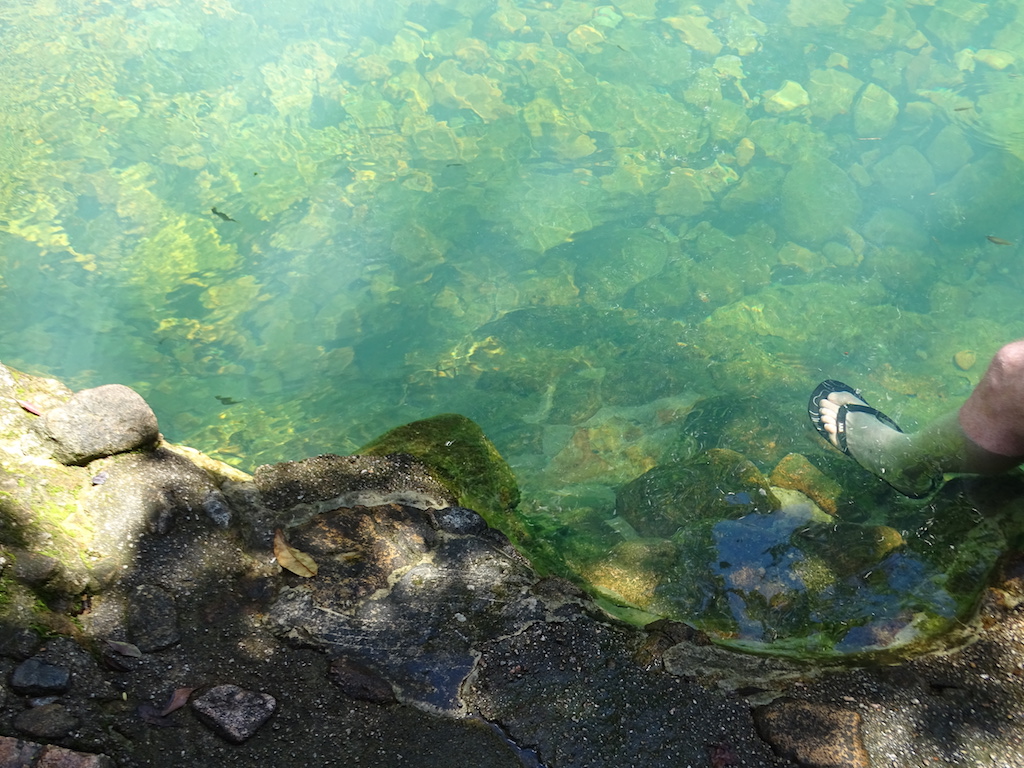