Chris Tugwell had always marvelled at his River Murray home’s starry sky. …but he didn’t expect to astound assessors at the International Dark Sky Association.

Indeed, the scope of his application to the Arizona authority rapidly grew, from modest beginnings four years ago.

“We are very fortunate. The Adelaide Hills shields us from a lot of light pollution.” 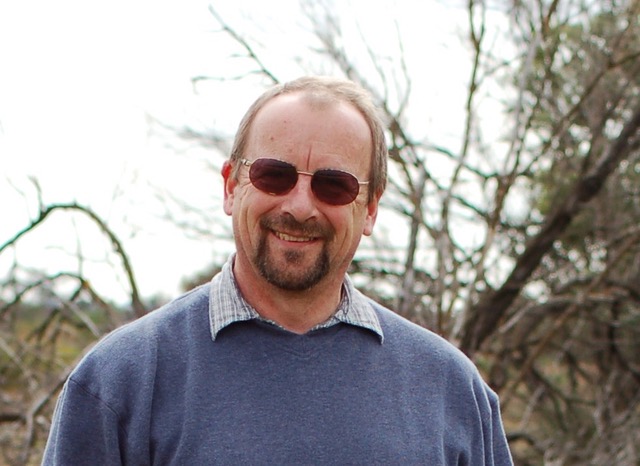 Chris says the Mid Murray Council was incredibly supportive, and the community interest strong, with the application receiving 70 letters locally endorsing it.

Its perimeters extend from Bow Hill to Blanchetown on the River Murray and west to the foothills of the Mt. Lofty Ranges. With vast rural vistas, tributaries, large mallee grasslands and limestone cliffs peppering the region.

“There are very few lights in the area. It’s a good base, with large nature reserves, lots of rural farmland and native bush that’s privately owned,” Chris explains.

The Murray River’s iridescent cliffs serve as a fine supporting act for a brilliant night-time show. But you’ll find the darkest skies in the reserve’s ‘core zone’ at Swan Reach Conservation Park. 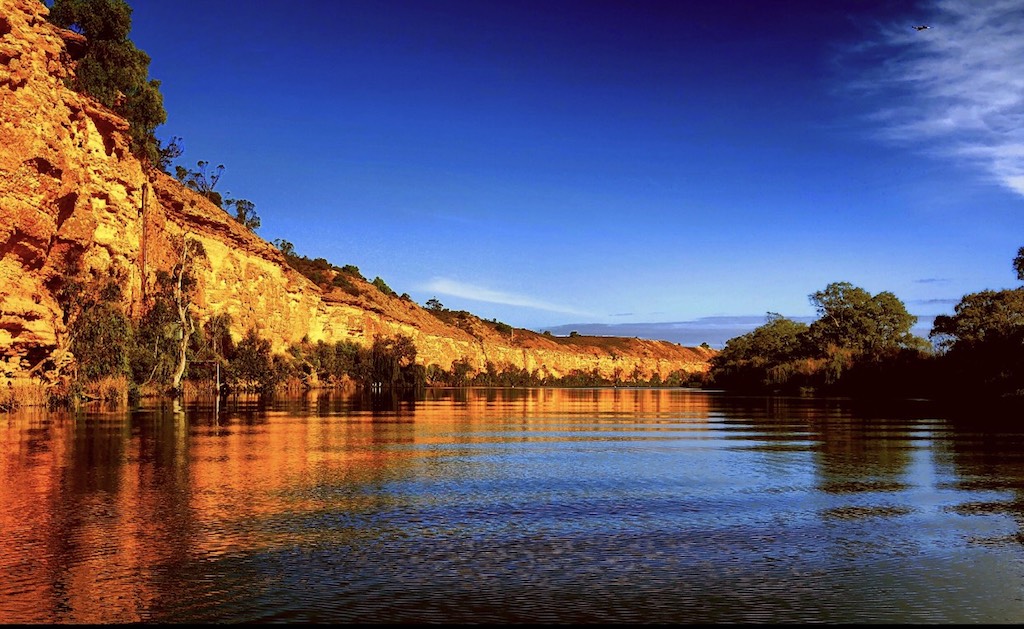 Many locals are just beginning to understand how special their night skies truly are.

“There’s been a fair bit of learning in the community.

“You don’t need a telescope to enjoy the sky, either. I’ve seen remarkable demonstrations using lasers.”

Campers willing to ford Marne River can overnight under starlit skies at Meldanda in Cambrai, managed by Mid Murray Landcare.

The not-for-profit botanic garden provides an outstanding setting that’s free to wander during the day..

Guests can also reach Meldanda via private-tours, exploring the bush tucker garden, with dinners by campfire and star-gazing demonstrations. 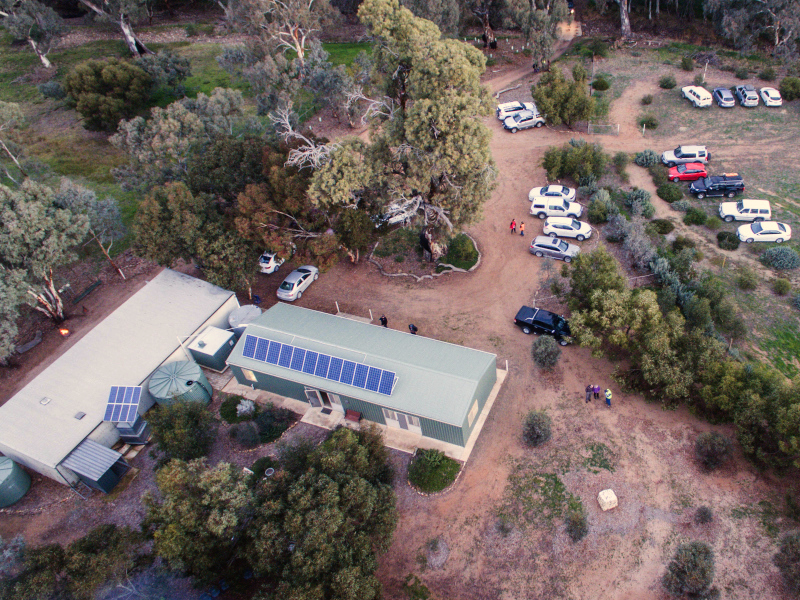 Guests who ford Marne River can visit the Mendalda botanic garden during the day and camp up for a small fee overnight. Mendalda is also accessible by tour.

Chris Tugwell is neither a scientist nor an astronomer. He owns a property out in Big Bend. But he had no trouble attracting experts to his cause, including Adelaide astronomer Andrew Cool.

“Andrew was convinced for many years that there was something very special about the night skies within the River Murray Region.”

Andrew, in turn, recommended Chris reach out to an enthusiast named Don.

“He turned out to be Don Bursill AM, a former chief scientist for the South Australian Government.

“I’ve had a lot of luck finding the right people.”

Retired astronomers are also donating telescopes to the community following the region’s accreditation; some of them highly computerised and valued at thousands of dollars.

The newly-formed park is also attracting commercial interest, with the Silentium Defence and the Western Sydney University establishing a space traffic management facility at Swan Reach. 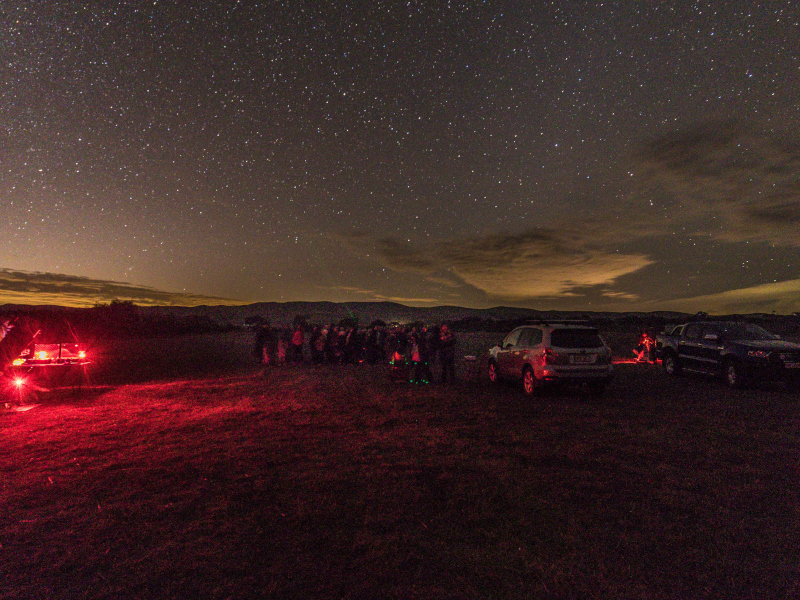 Stargazers congregate at Mendalda to spot the Andromeda Galaxy.

Light pollution can affect us and our environment in many ways; Chris hopes the new reserve brings attention to the risks it poses.

“Researchers found that some kangaroo species will breed at a certain time of year so that their young can feed on young grasses, seasonally.”

“It can take an entire night for some crops to pollinate.”

So, to help preserve its night-sky wonder, Mid-Murray will roll out street lighting fitted with night-sky shielding. But fitting timers to lights can also reduce light pollution in the cities.

“So lights aren’t on when no-one is in the building. That’s what we are trying to achieve.” 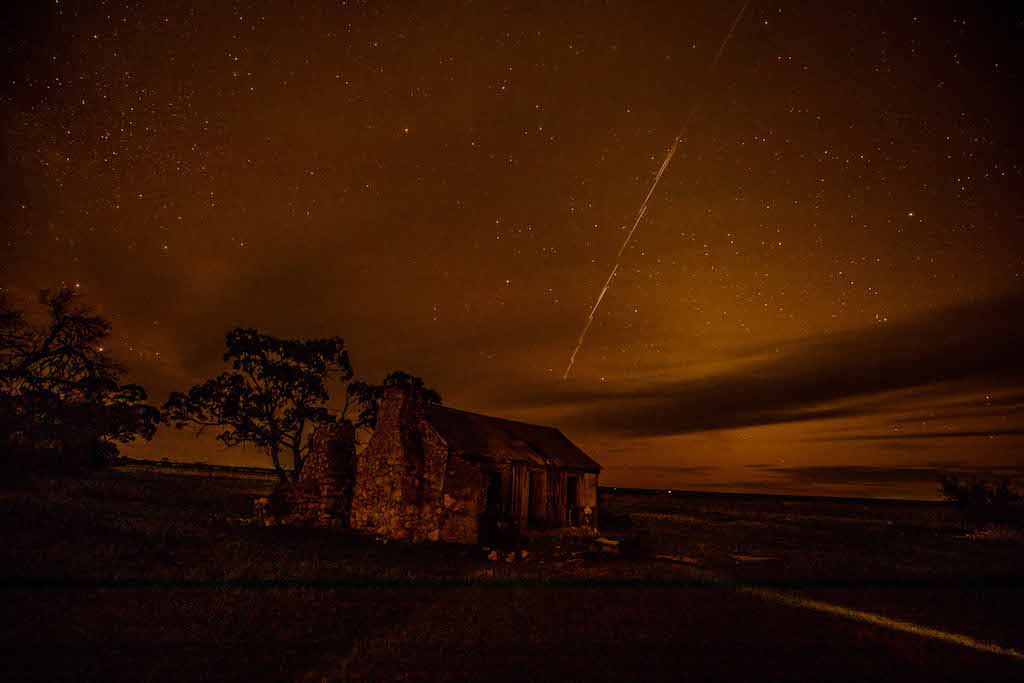