G’day campers! Are you ready for the 2021 Clarence Valley Country Muster from October 25-31? We know you will enjoy a great weekend of excitement!

The King of Country Rock’n’Roll, Jade Hurley OAM, will play the main stage on Saturday night, October 30 and he won’t stop until you are all up and dancing.  I recall seeing Jade making his TV debut on Six O’Clock Rock in the sixties, and at the Tamworth Country Music Festival. I also had the pleasure of meeting up with him when we were travelling around Queensland a few years ago. He is one of the great rock entertainers you will not forget, and, his concerts are always memorable.  Like a fine wine, Jade just gets better with age and he’s excited to be making his Clarence Valley Country Muster debut. 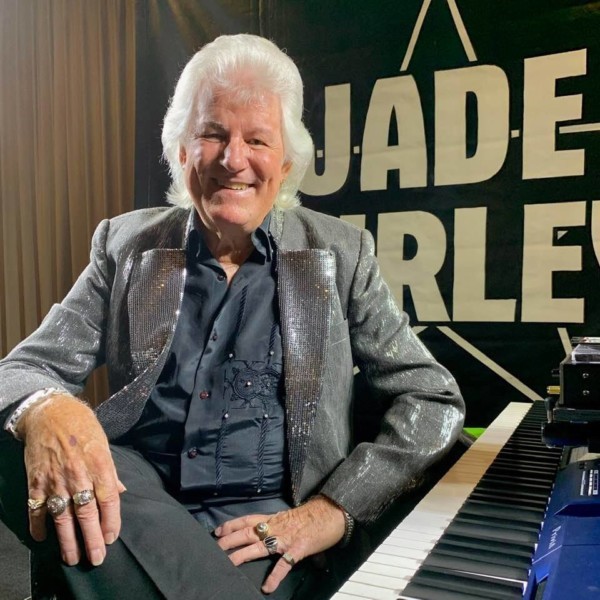 Where else could you park your van for the week for $140 per person – and enjoy up to 60 hours of fabulous entertainment; bush poets, balladeers, fancy pickers and some of the best singers around?

Then there are the great fabulous bush poets, Gary Fogarty and Ray Essery, with surprise guests!

Starting your day with a good belly laugh will leave you smiling for the rest of the day. Introducing the acts throughout the weekend is a man who knows his way around a microphone. John Nutting, the now retired host of Saturday Night Country on our national broadcaster, ABC, is MC, ably assisted by award-winning bush poet and compere, Gary Fogarty.

There’s always something to see and do at the Clarence Valley Muster. There’s a range of stallholders selling everything from camping equipment to giftware and everything in between, as well as something completely different this year.

Transport NSW will have a caravan safety awareness information stall in the market area – for one day only (TBA). Caravanning is more popular than ever in Australia.

There are now nearly 154,400 caravans registered in NSW with caravan registrations rising 53% in the seven years to 2019. Over the same period, there were a total of 2318 crashes involving caravans/ trailers, of which 19.1% were serious injury or fatal crashes.

Information is our best defence. So why not brush up on the latest advice between sets!

If you’re a fan of home-cooked cakes, biscuits and slices, you’ll have a fat time at the Clarence Valley Country Muster this year. Ulmarra Public School will have a cake stall on Thursday, October 28 from 10am with a huge collection of sweet and tasty offerings. This is a big fundraiser for the little school and your purchases will help them buy new equipment that’s not in the Education Department budget

Westpac Rescue Helicopter Service will have a cake stall on Wednesday, October 27 from 10am selling some tasty treats. While you’re making your selection from the goodies on offer, don’t forget to buy a raffle ticket. You could be taking home a boat, which is the major prize.

When you’re not browsing the market stalls, or taking in the entertainment on stage, stretch your legs and take a stroll around the beautiful gardens created by Muster mistress, Wendy Gordon, who has been instrumental in organising this event for many years now and what a fantastic job this lady does. A busy lady, Wendy runs her property as a working cattle farm throughout the year, but still finds time to create beauty wherever you look. Bursts of colour, lush green lawns and that “Wendy Gordon” touch are evident at every turn. 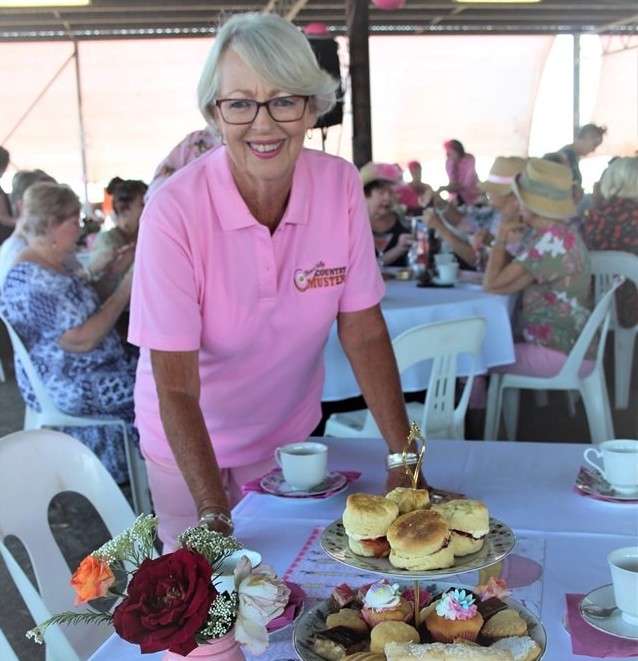 It was a proud moment for the much loved 94-year-old bushie when Six Decks To Darwin was named Bush Ballad of the Year. Kelly’s way with words have secured countless awards for a whole host of country music artists over the years. There was hardly a dry eye in the house as he humbly took the stage to accept the covet award. Kelly and Marion have already booked their site and can’t wait to come back to the Muster in October.

We look forward to seeing this Golden Guitar-winning couple back in the Clarence Valley. Kelly will often pop up on stage and share some of his wit and wisdom in the morning shows with the bush poets.

Hopefully this will be the time to share good times; It’s been a tough year all round, but let’s get back on track and enjoy some fabulous live music and fun in safe surroundings with good friends. 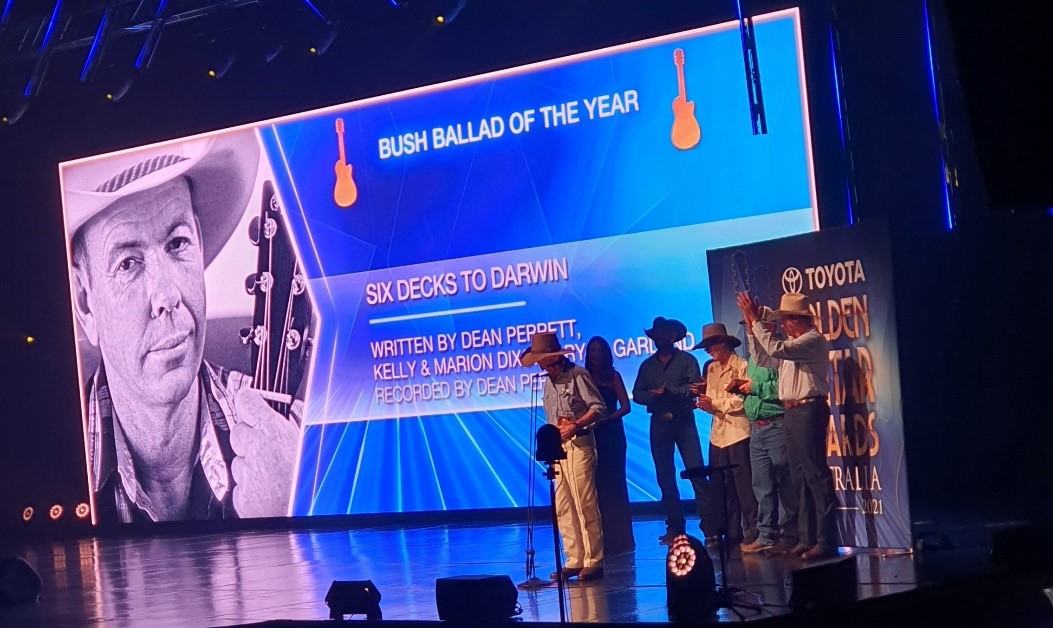