Corowa holiday by the Murray River

You’ll find a lot of Corowa in Dean Druce’s scotch-style whiskys. “It’s like the perfect storm,” the managing director for Corowa Whisky and Chocolate explains.

What, with the fertile soil, local wine barrels, a fast moving climate for that “big interaction” in the stills plus plenty of places in town to stay.

In fact, Corowa has supplied barley hops to Scottish spirit-makers for years, says Dean. But a lot also rides on a stills’ “curves and bends”.

“I travelled to Scotland for quite some time to get a handle on what kind of stills we wanted size-wise,” explains Dean, who was chasing a light fruity taste that emphasised the local grain. 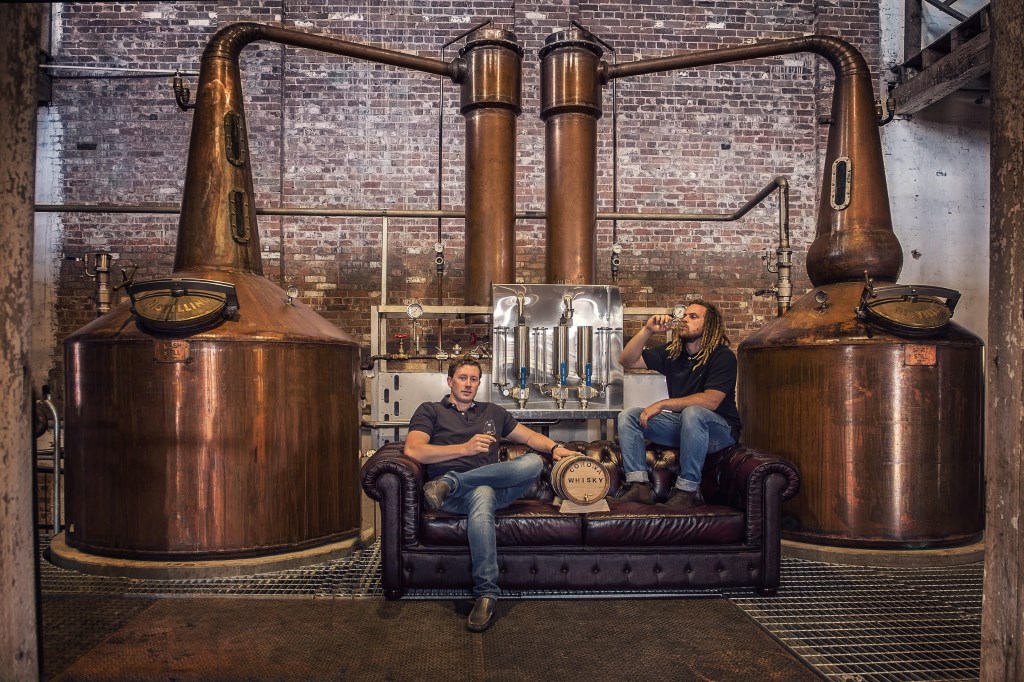 ROOM TO FIT THE VISION

Of course, to make a whisky is one thing, but to throw open the factory doors is quite another. It’s through design at onset that guests can now smell the intense flavours as they wander among the stills; “nothing is behind glass,” he says.

The business sought and found a grand site for the long-term venture, amid that perfect storm, in an abandoned  Corowa Flour Mill set on acreage.

“We are trying to cater for just about everyone who goes through the door; the kids can go make rocky road or giant freckles, mum can have a coffee … everyone has their own area,” Dean explains. 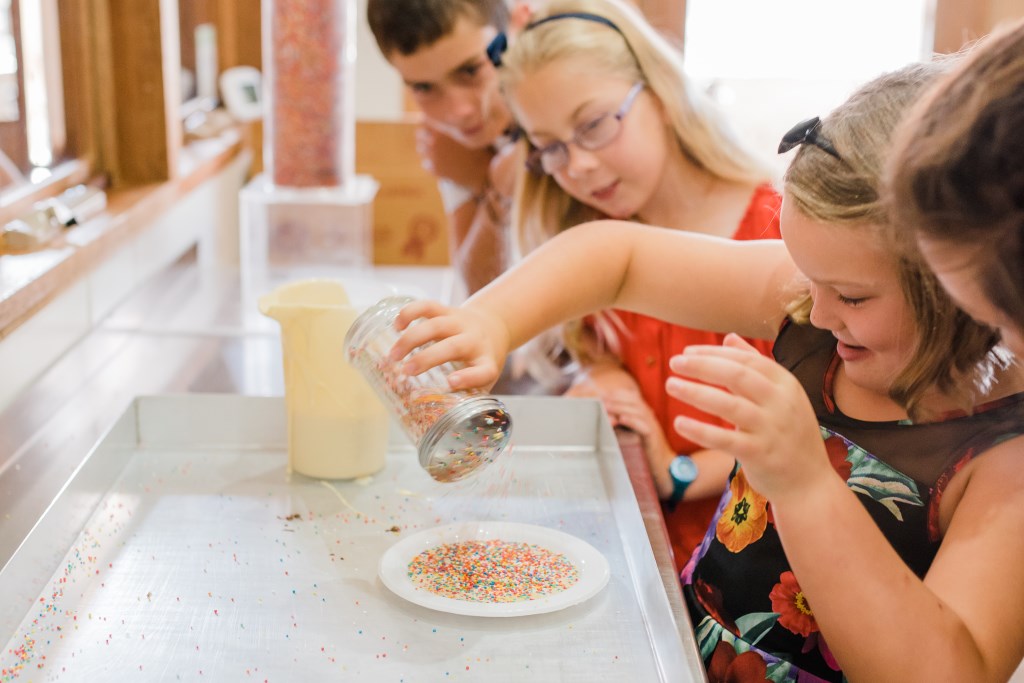 With the food bowl at their fingertips, the onsite chefs experiment with local produce to showcase Corowa’s offerings.

“I’m well qualified to form an opinion on what’s good on the menu,” laughs Dean, who dines here daily.

At the moment, his favourite breakfast is the sweet pea and honey-infused potatoes teamed with a hummus, ricotta and two big pieces of Corowa bacon. And for lunch, it’s the New England lobster roll.

Recommending whisky is less clear cut. “You can really make friends or create enemies,” says Dean. In fact, his current favourite is the fiery Mad-Dog Morgan aged in muscat barrels that’s as equally polarising as its namesake, the infamous outlaw Dan Morgan.

“People either love it or hate it,” laughs Dean. “That’s what I love about it”. 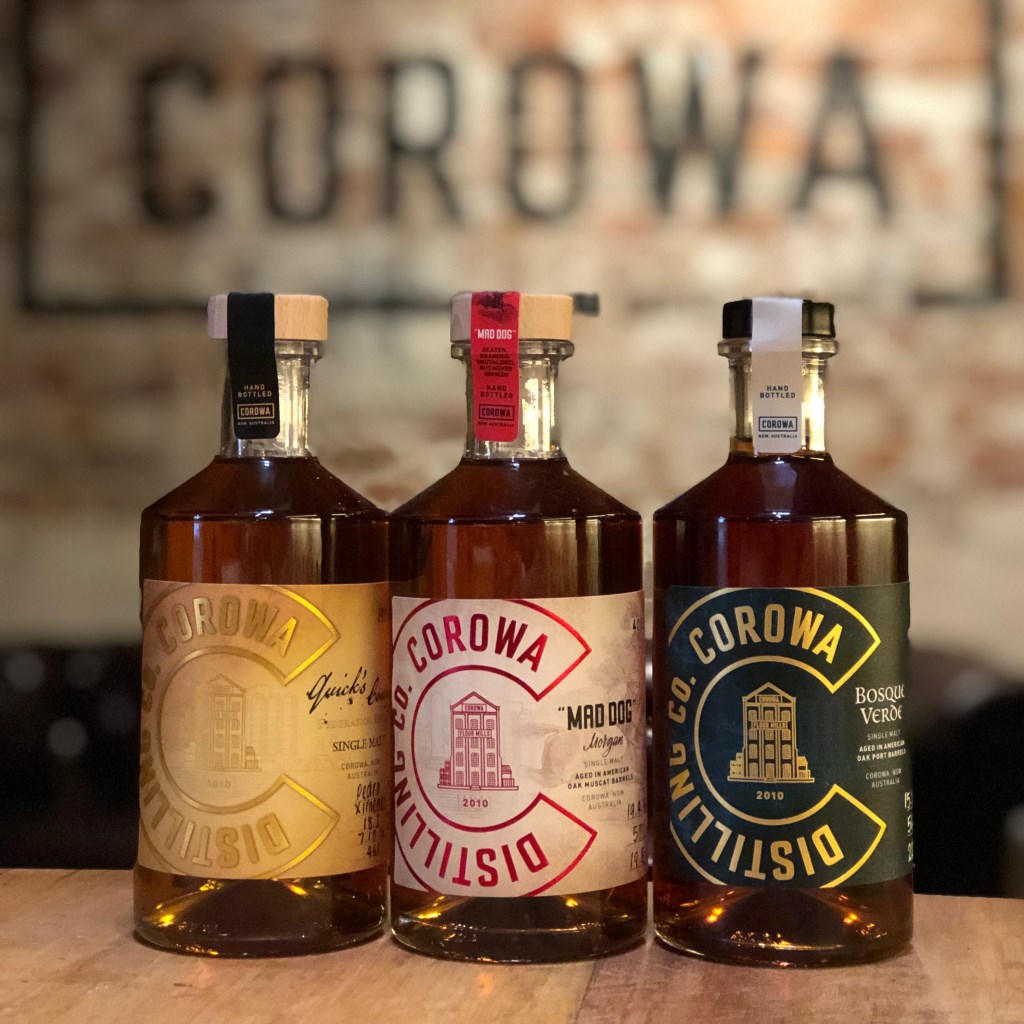 As you wander through the factory, it’s hard to imagine the Heritage-listed Mill in disrepair. But when Dean purchased it in 2010, it hadn’t been touched in 40 years.

It was missing a roof and foundations were falling away.

“We straightened the building, and had to move the wall to the right … it wasn’t the nicest job,” Dean explains.

“The hard thing was finding old iron [for the roof] that was neither dinted nor rusted … we had it rerolled!”

A large section of the floor was also replaced.

“We had to install eight linear metres,” says Dean. And that was just in one room! 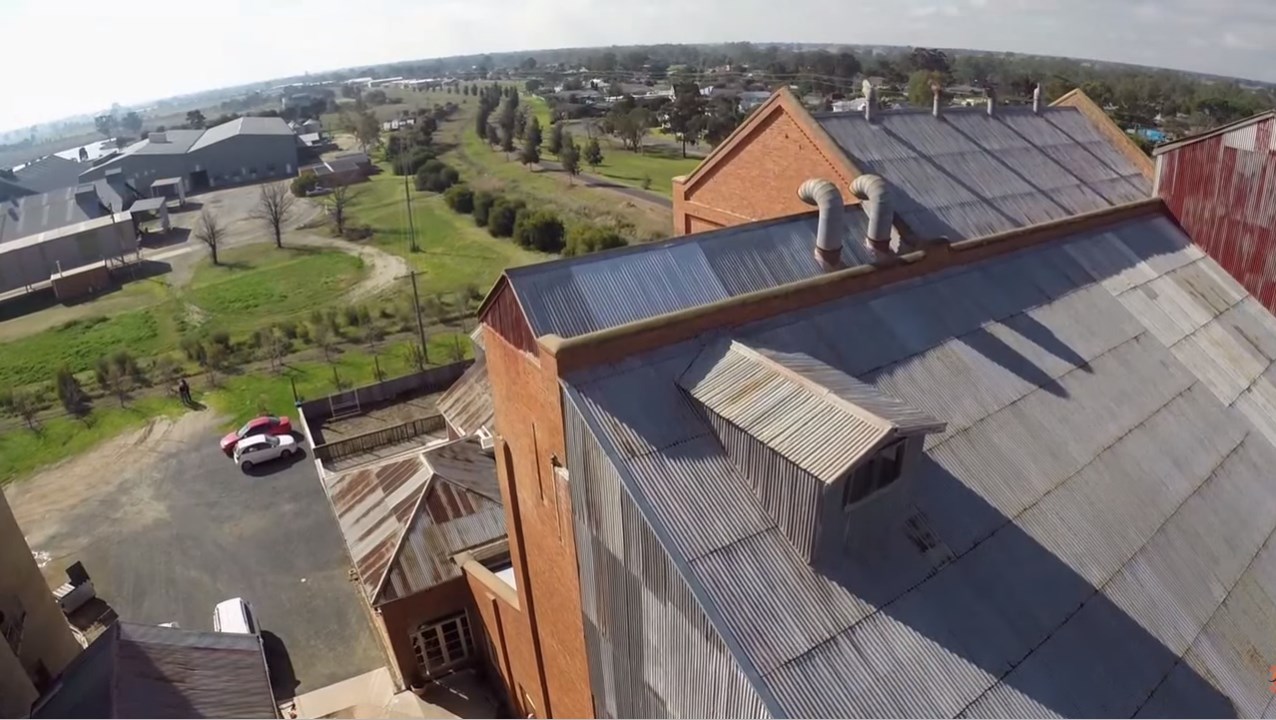 COROWA WHISKY: YEARS IN THE MAKING

It’s an exciting time for the young entrepreneur, who with a few years of production under his belt is starting to see profiles emerging.

“Our big thing is, we have so much time in the barrel,” he explains.

“We’re at a crossroads at the moment. We can go a lot bigger but we’re just trying to grow a little slower and organically for now.”