Gnomesville, near Bunbury WA is an amazing place, and it just started as a little idea. A few locals put a few gnomes on their roundabout and from there it grew and grew and grew. Today there are over 10,000 Gnomes of all shapes and sizes doing all sorts of things. It didn’t take long for them to outgrow the roundabout and now they have a ‘village’ to call their own.

There is a car park and toilets for us mere humans, and then Gnomesville. There they are, hundreds, thousands of Gnomes. Some are caravanning, some are from special groups, Defense Forces, Zonta Clubs, Families, Businesses, you name it, there’s a gnome from it. A couple had hit todays normal and were wearing their masks! While we were there the council was building a walkway so humans could walk through the gnomes without risk of damaging them. 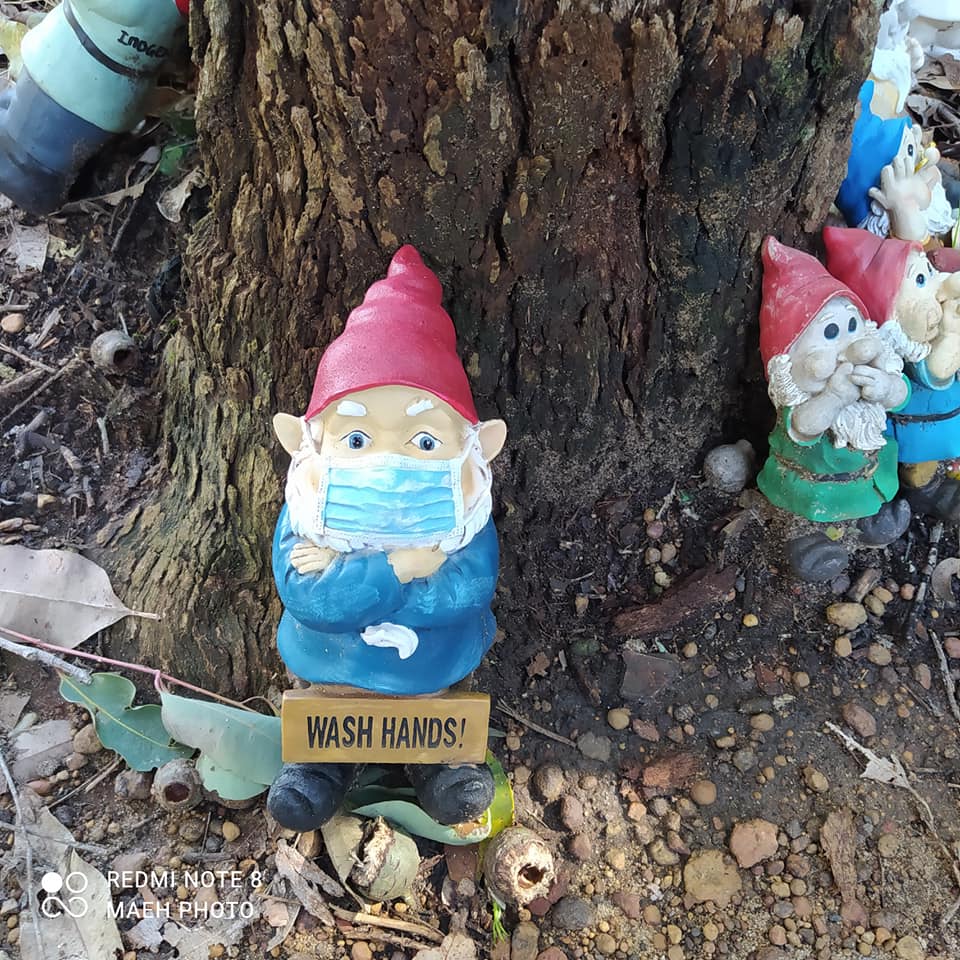 Having visited the Gnomes it was time to tackle the question – do Gnomes like Truffles. Well, the best way to answer that is to find out if we like truffles first. We moved on to one of our favourite caravan parks, Gracetown Caravan Park, Margaret River way and looked up the two Truffle places on the tourism list. We chose one and made our way to Australia Truffle Traders in Manjimup. 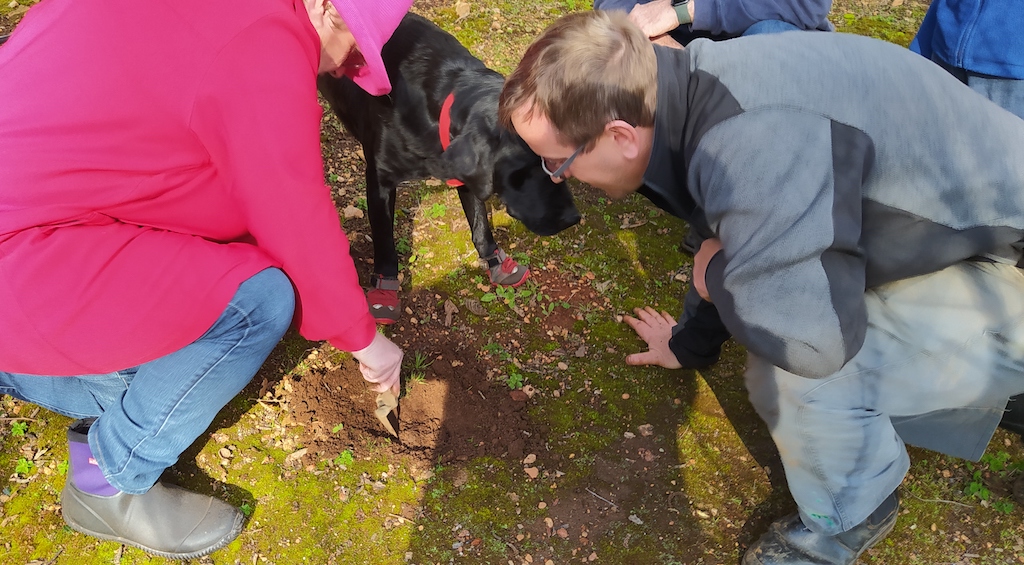 They aren’t your usual tourism place, they are a working truffle farm and hub for other truffle farmers. They work with 18 local truffle farmers to deliver the truffles anywhere in Australia and overseas, tasks that have become a little harder since Covid 19 appeared.

However, that doesn’t stop them. We had the great fortune to see the process of preparing and grading truffles for market, watched them being packed in airtight packaging, and getting ready to leave for their final destinations. They have a very short season and when we were there in August 2021 it was coming to an end.

After checking out how truffles are dealt with from the commercial end, it was time to see how a truffle hunt worked. For that we came back at the weekend and joined in a truffle hunt with other visitors. The truffles are sniffed out by specially trained dogs, and we had Max the Wonder Dog on truffle duty that day.

He has to wear little padded socks on his front paws so that he won’t scratch any truffles when he is marking the spot to dig. Some truffle grow very close to the surface. Some are partially above the surface, and these are covered over during the growing period to stop them being damaged by exposure.

Max sniffed his magic and found truffles, and most of us on the tour had the fun of digging one up. We didn’t get to keep the truffle we dug up, at $2 per gram they are a rare and pricey product.

After the hunt we went back to the sorting office and sampled some truffle which had been grated and put in the middle of a delicious Brie cheese. If you slice the cheese in half flatwise, add the grated fresh truffle and can leave it to blend for 2 days you will have a very tasty cheese.

I have to say I don’t like the mass smell of truffles, but individually they all smell different. I am happy to say that I went back for seconds on the cheese.

Do Gnomes like Truffles? Can’t help with that one, we ate all the cheese.