With only a handful of volunteers available amid the COVID-19 upheaval, the Barossa Bushgardens team still managed to landscape their beautiful new bike path just weeks’ ago.

The team’s timeliness was vital in meeting the project’s Open Spaces Grant obligations.

The planting’s formal approach to natives is a departure for the Barossa Bushgarden team.

According to Doreen, shelter for the trail from the Community Centre to the Labyrinth took three weeks to design. Its formal structure reflecting a different approach to native vegetation compared to the rest of the garden.

“The trail is planted in three sections,” says Doreen, who has planted native gardens professionally before.

“The first contains Blue Gums as shade and a tree line, with Acacia myrtifolia for the middle layer, rows of Eremophila youngii (a low growing shrub native to WA) and Kunzea (Muntries) as ground cover.

“Section three is made up of two rows of She Oaks (Alocasuarina verticilata) on either side, Bottlebrush and Grevillea lavendulaceae.”

“I was quite happy to use natives from other regions for this project as the ones we chose will hopefully add a wow factor.”

“It will be very pretty when it grows out in a few years’ time.” 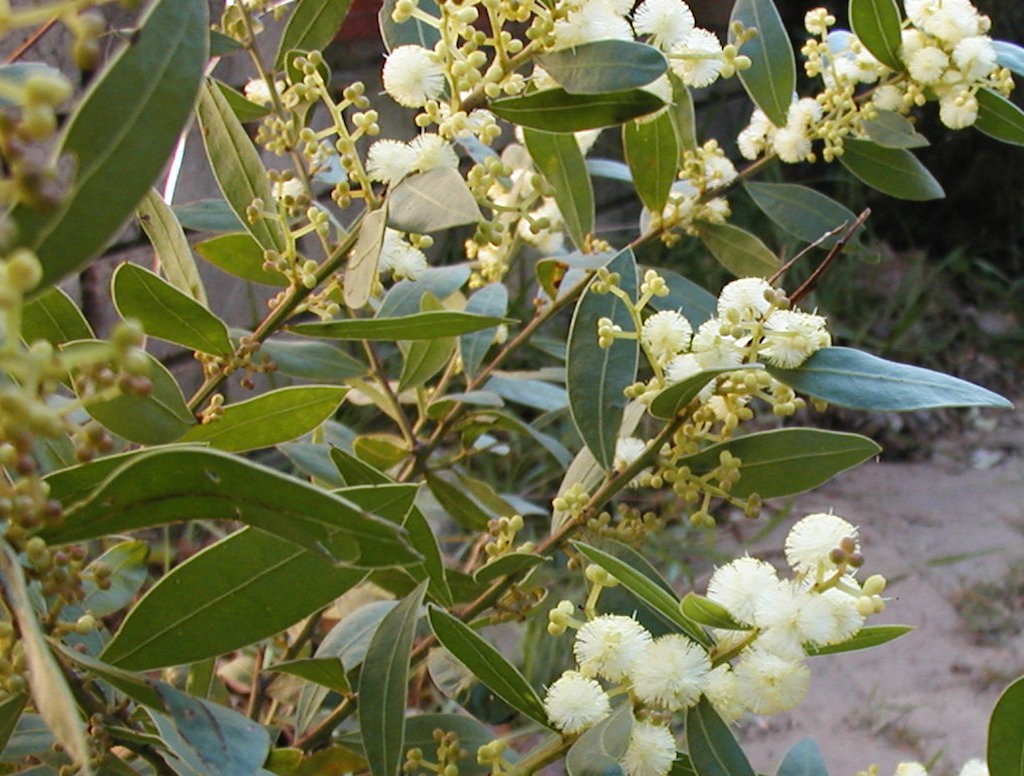 The first section of the bike trail will feature a layer of Acacia myrtifolia beneath a Blue Gum tree line.

Under typical circumstances, the bike trail’s landscape design would’ve been deliberated by the site committee. But the threat of changing social distancing laws forced Chris, Pam’s and Doreen’s hand. “So, it was pretty much a case of ‘Right, Chris, are you free? Let’s get onto this now’.”

With many volunteers urged to isolate due to their age or health conditions, far fewer hands could undertake planting. Thankfully, Coates Hire Nuriootpa granted Barossa Bushgardens complimentary access to a mini excavator.

“It took us about half a day to dig all the trenches, it would have been impossible to do by hand, so we are really grateful.”

Though the plants are in the ground, Doreen has more plans for the bike path.

“Over time we would like to build up a knee-high mound behind the Blue Gums, to give this part of the path different dimensions, as the trees can grow to about 30 metres.

“Also, adding more plant sections down the track to finish off the whole bike path is planned at a later stage.” 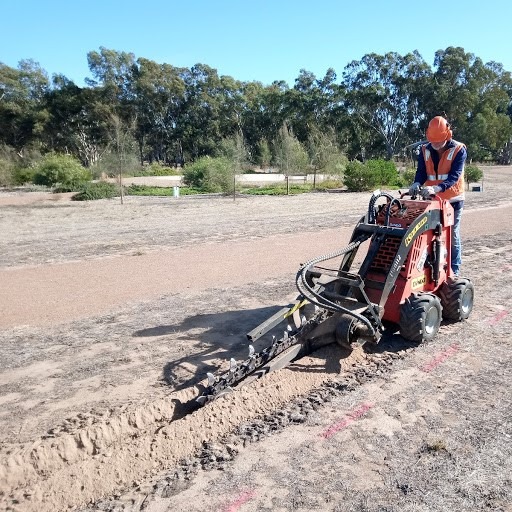 Coates Hire Nurooitpa provided volunteers access to a digger to hasten the planting.

Broadly speaking, shrubbery within the Barossa Bushgardens comprises species local to the region. And the team works hard to ensure its vigour and integrity.

“We do collect the seeds and cuttings from our gardens, but we also go and collect seeds on private properties and orchards,” Doreen.

“We need to increase our genetic diversity to ensure strong plants that adapt better to changes.”

“So it is always a good idea to source from a variety of sources–the plants are genetically stronger, germination rate is higher and they are more resistant to diseases.

“Chris Hall works closely with the schools in the area. We provide the plants and the students undertake the revegetation. It’s a win-win situation.”