Lake Argyle is Western Australia’s largest lake, so before it was built in 1971 submerging parts of Argyle Downs, the Durack family decided to relocate the station’s oldest remaining homestead.

Originally, Patsy Durack built the homestead at Behn River close to the Ord junction in 1894-95; today, it now stands above the Ord River Dam. 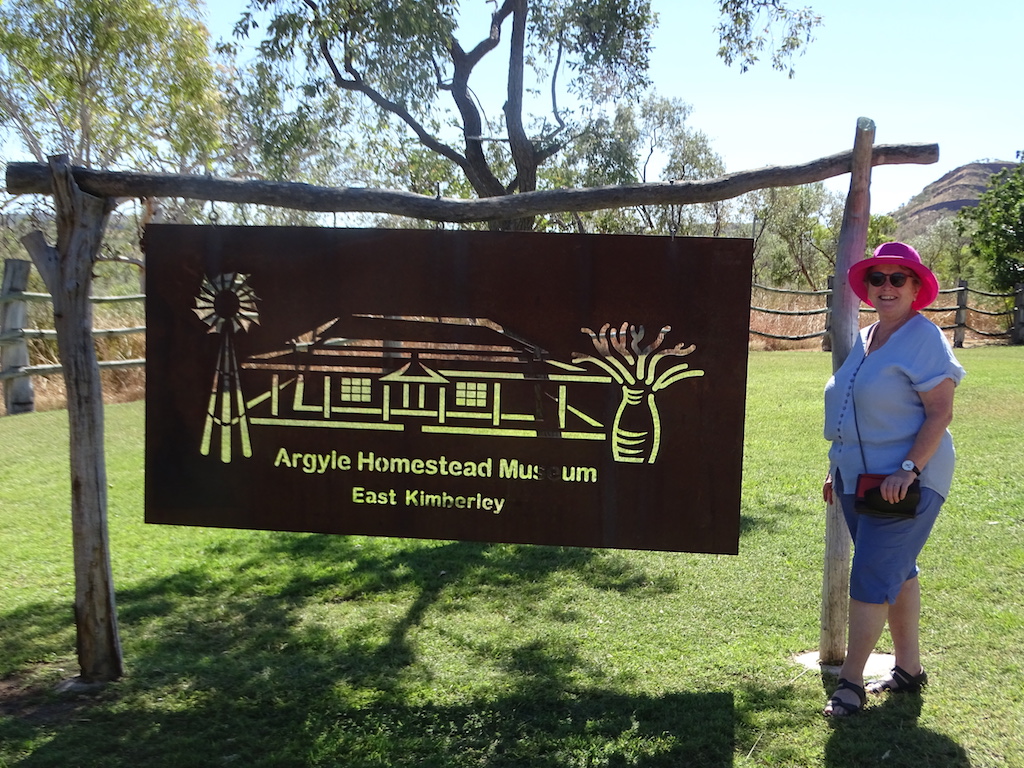 The decision was made to dismantle the house, number each brick and rebuilt it exactly as it had been, above the lake. The plan was put into place by the grandson of the first Durack in the area. There was a delay between dismantling it and rebuilding it due to lack of funds, but it has now been rebuilt.

The National Trust runs it and has a very clever way of showing what the rooms used to be used for while giving so much additional history. A bedroom will have the furniture positions marked on the floor with the name of the furniture while the walls and space in the room will have really interesting displays about the house and area. It’s really very clever. The back room also has a good video about the family and house. 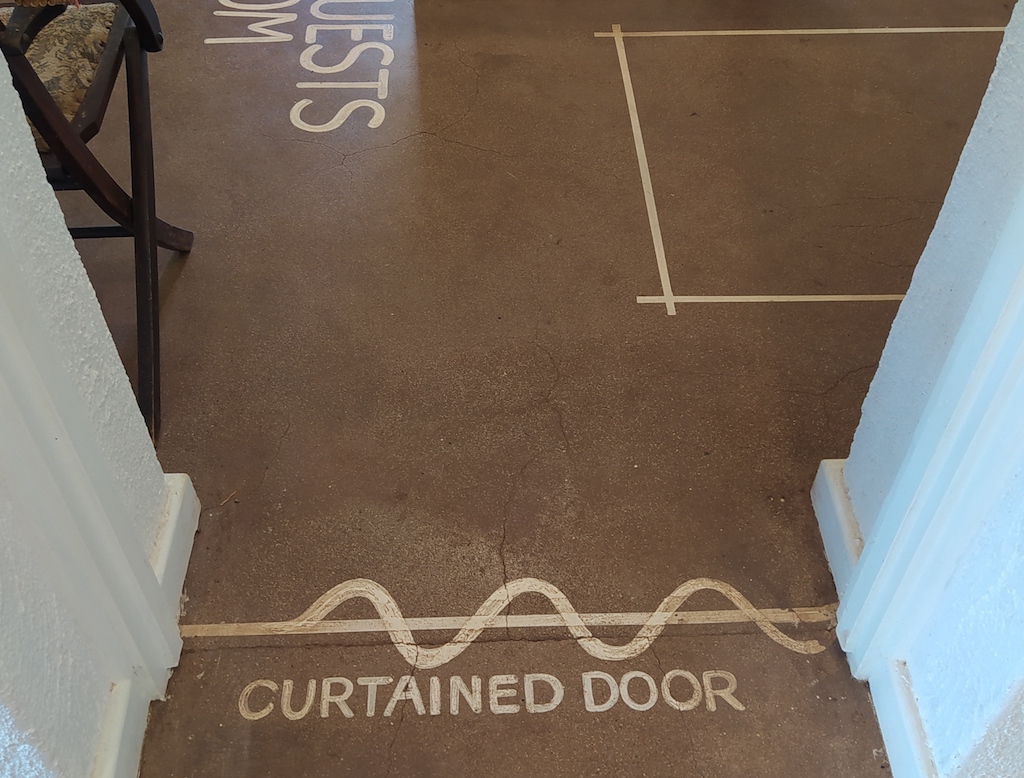 There are some lookouts to go to so you can get some sense of the size of Lake Argyle. It is so big that is actually has the right to call itself an inland sea. It didn’t matter which lookout we went to we never actually saw the beginning and the end. We did see the dam wall, which is actually very small when you look at the whole dam. 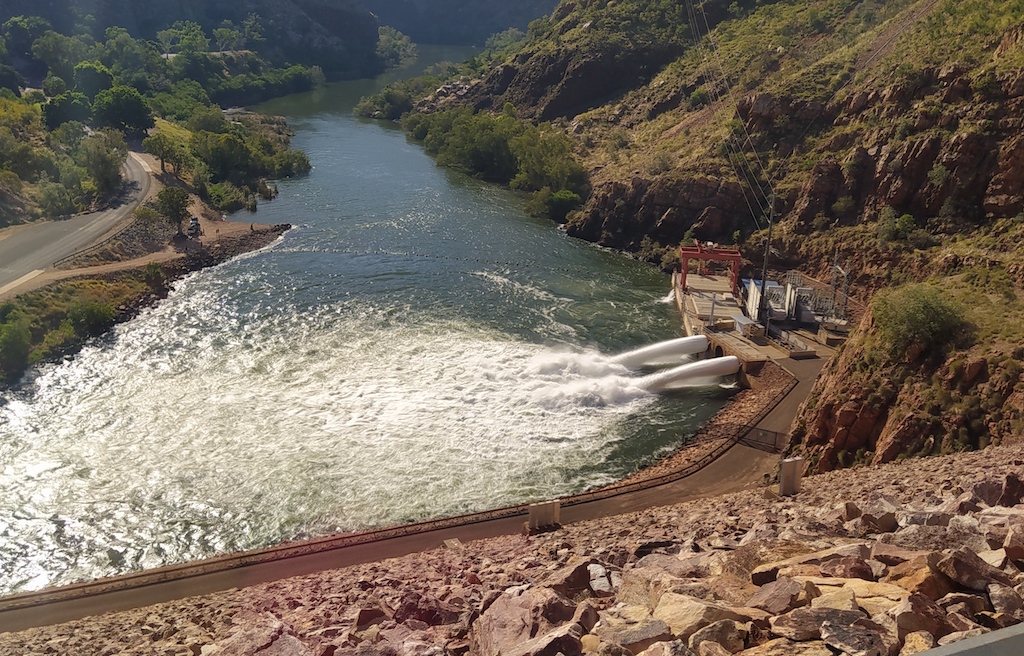 We made a decision to stay at Lake Argyle, as Kununurra had a festival on, and arrived at Lake Argyle Caravan Park. It’s a big park and if you turn up when all the sites are full, then it is off to the overflow area for you. That’s an unpowered area with some stunning views and it’s a pretty nice place to stay.

One of the must do things is take your happy hour tipple and nibbles to the area by the infinity pool and enjoy a pleasant time watching the sun come down and listening to some live music from a very good entertainer. 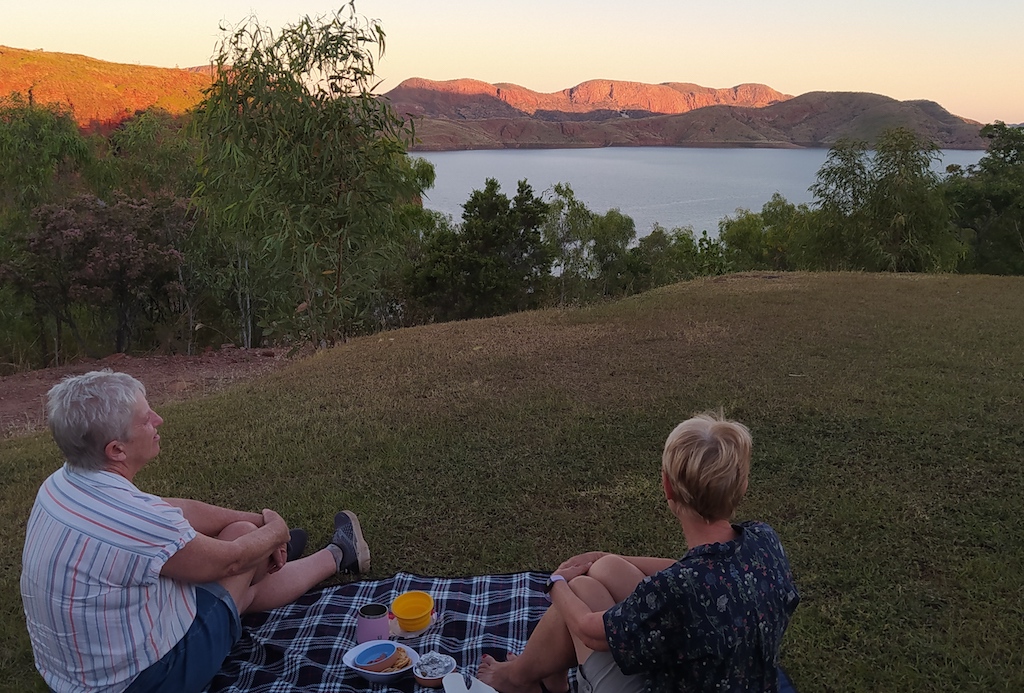