Ed Bradley on the Brewarrina Fish Traps, a meeting place

“It’s sort of caramel at the moment,” said the Ngemba Elder.

And at the time, the traps were hidden but travellers were still hauling bounty-fulls on to Barwon River’s gum-shaded banks.

“When it clears and the water settles, you’ll see the fish in the traps [Baiame’s Ngunnhu],” he said.

And when the river is healthy, Ngemba youth harvest them for the community. Seventy percent of the time, though, they can’t.

“If you were to come here three weeks’ ago there would have been no water,” he said.

“But with this new rise and another coming, it’s going to be a good tour season.” 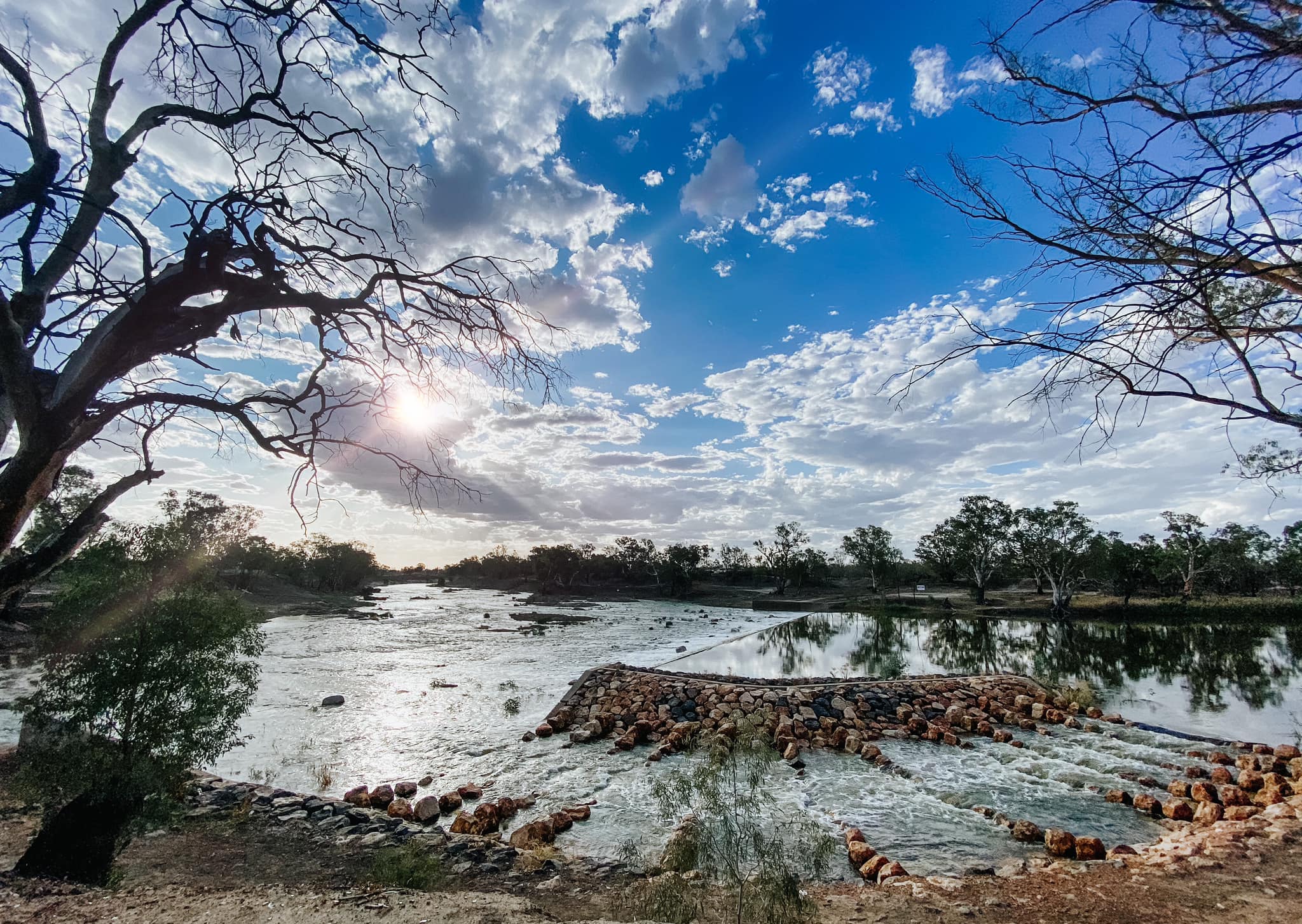 Archeologists estimate the Heritage-Listed u-shaped traps are more than 40,000 years old, eight to 10 times the age of Egypt’s pyramids.

Ed told us several Indigenous Australian nations collaborated on the traps that comprise the oldest man-made structure in the world.

“People spoke eight different languages here. It was known as a meeting place,” he said.

“That’s what we try to do today. We try to make people feel welcome. 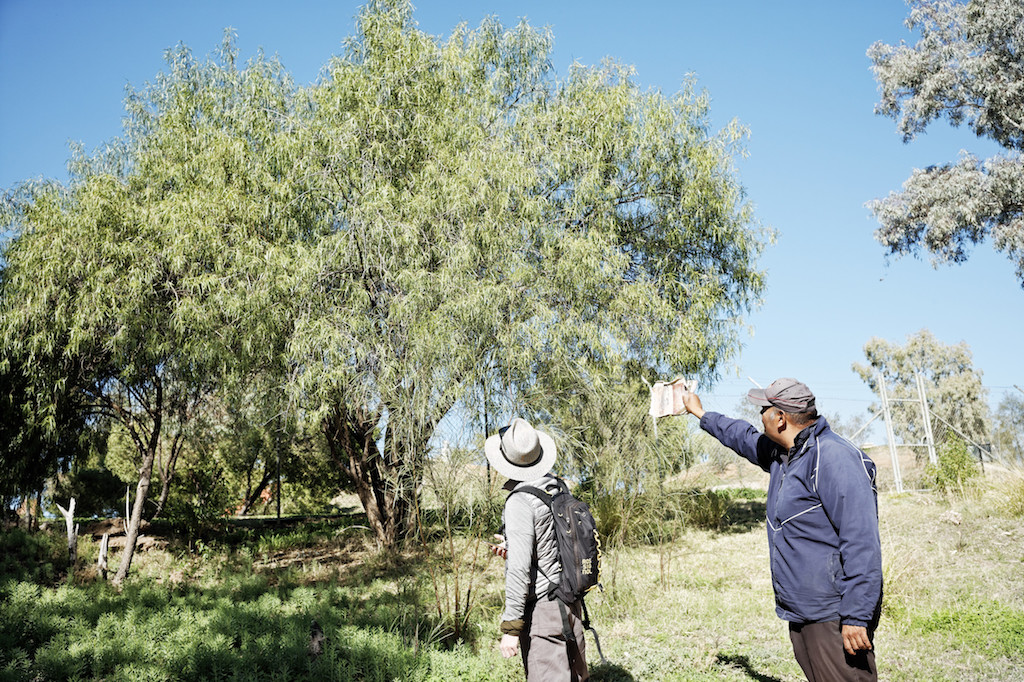 Ed has conducted tours at Brewarrina for about 8 or 9 years, sharing the knowledge with fellow guide and Ngemba Australian Sinead, in her mid-twenties.

Starting with the land, in the beautiful Brewarrina Aboriginal and Cultural Museum on the Barwon River’s banks, opposite the traps.

“We have a leaf fossil that is dated somewhere between 100,000 to a million years old. And an ancient fish fossil,” explained Ed.

But you’ll learn some of the characteristics that define the congregating nations.

“We have different artefacts that were traded off.”

Brewarrina’s history is vast and at times, harrowing.

“There was a massacre of our people 20km north up the river. Three to four hundred of our people were slaughtered for no reason,” Ed explained.

“So we do a bit. We take them to the old times, then to the modern age and the 1800s when the Missions were active.”

Of course, the traps themselves carry their own important lessons.

“It shows if you come together, we can lay a platform for the future.”