“Enjoy Broome at its own pace,” says Sadie Prendergast, who with her husband Andrew Grace, started flying around Broome and the Kimberley in 2006.

“The tides run this town. That’s part of its charm,” Sadie explains.

The Staircase to the Moon at Roebuck Bay, the finest sunsets on Cable Beach and the best fishing await those embrace the rhythm.

She and Andrew, a second-generation pilot, won’t publish flight times on their website, as highlights like the Horizontal Falls peak at different times.

But that doesn’t mean they sit on their laurels.

“Doing your research is vital.” 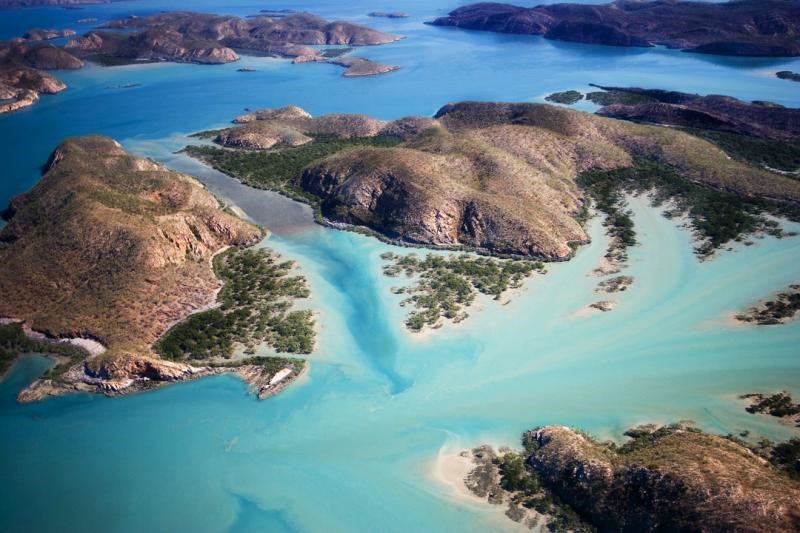 The roads out from Broome are vast and hard, and there’s no coastal route but there’s a lot you can see from the air.

“We’re always scouting out new ideas … if there is a runway we go, there’s so much flying up here.”

“The Thousand Islands are breathtaking,” says Sadie. “But my favourite [route] is [following the coast from] Cape Leveque and the Dampier Peninsula.”

Although the company quotes private itineraries, many travellers opt for Fly Broome’s signature route – the Fly The Falls air adventure.

The half-day trip covers some of the Kimberley’s remotest regions including King Sound at the mouth of the Fitzroy River and the Kimbolton Ranges, “which are just glorious in wet,” Sadie explains.

“Along the Dampier Peninsula, you’ll see dugongs, whales and dolphins in the water. We get that close.”

Always, says Sadie, pilots who work with Fly Broome double as guides in the remote, pristine destinations, appealing to city folk accustomed to a high level of care.

“We organise a lovely cooked meal on the other end and connect with a big safari in open-air 4WD.

“And our pilots are out swimming with the guests.”

“Getting the compliance certification was a pretty big deal.”

The couple toiled after hours to realise their dream, working full-time to stay afloat.

Initially, they’d planned to raise their family in New Guinea, Andrew’s childhood home, to broaden their minds but the social climate had changed.

“It’s a lot tougher now. We would have been in a pilot compound, anyway [defeating the point] … When we moved, Broome and the North-West still had that frontier feel.

“We came here from Geelong with four little ones. We were pretty young and if we stayed nothing would have changed. We didn’t want our kids to miss out.

“The kids learnt so much about Indigenous Australia. A lot of their friends are Indigenous.”

That said, Sadie believes that coming from a city gave the couple a competitive advantage.

“We sort of snuck into Broome, we amped up the customer service and expanded quickly.

“We’re all about going the extra mile,” Sadie explains. 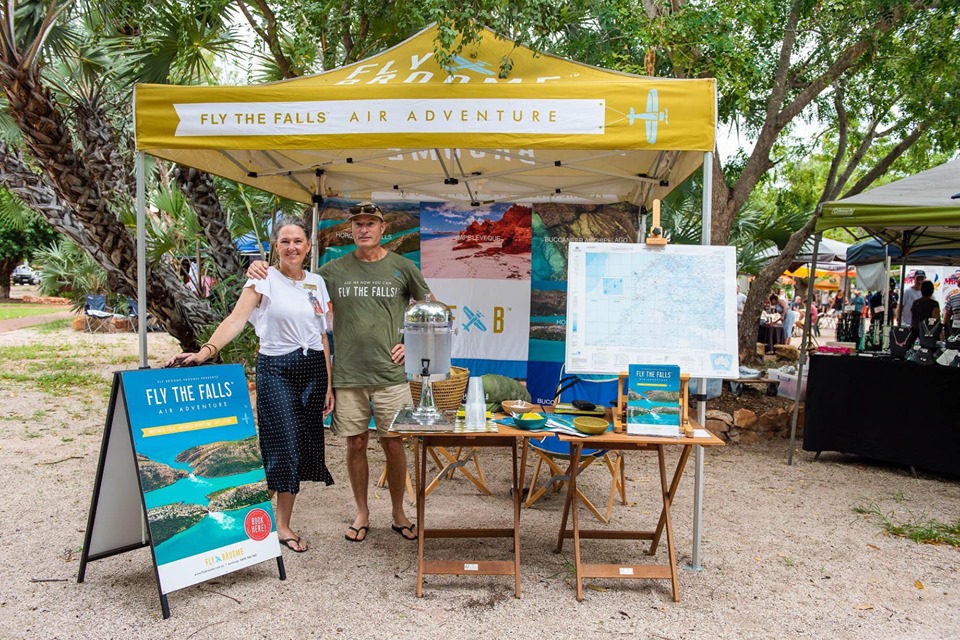