Over the years, loving hands have restored heritage buildings, dug out gullies, formed a lake system, laid dry-stone walls and planted up an English-style garden in Tenterfield, NSW.

“Each new owner brings something different to the place,” Annie explains.

The Jones moved here from Guanaba in 2017 after purchasing the working farm in 2016.

Already, they’ve made their mark upgrading the heritage property, evolving the gardens and safeguarding it against a menacing threat.

And today, Annie and Chris take great pride welcoming guests to their nine and half acre garden, set within 200-acres carved from the former Tenterfield Station.

“We have plenty of room to park a caravan on the property.” 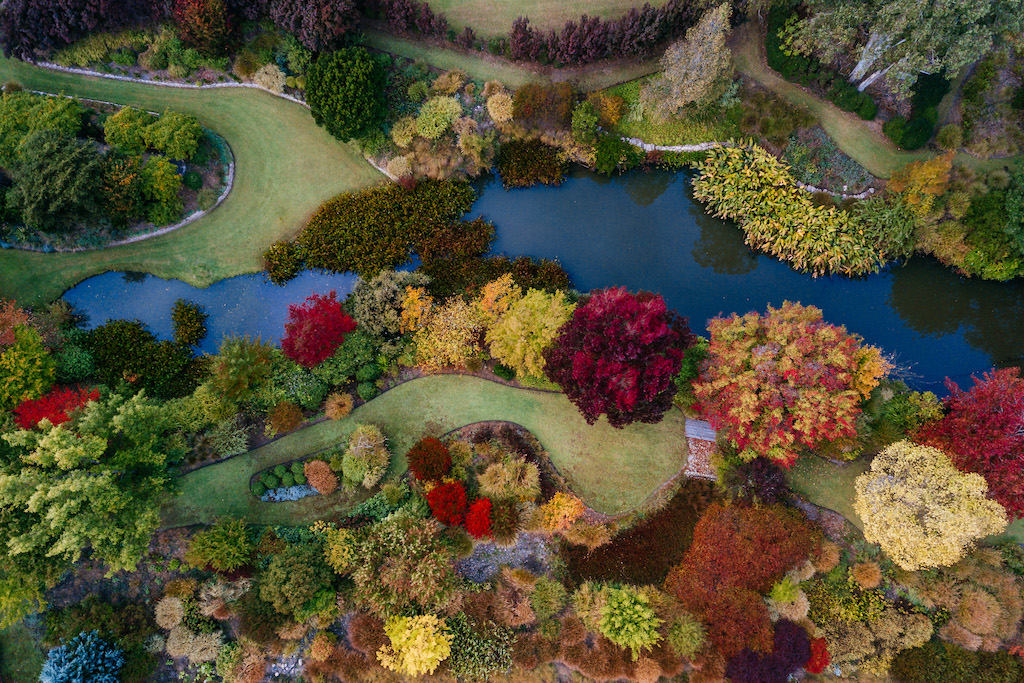 “I was surprised to learn they were only 30 years old. They must’ve had a lot of water in those years,” says Annie, a keen gardener who grew up in Hobart.

“Autumn is my favourite season. But spring is very pretty. I am constantly finding new plants. I am still finding new things.”

“The other day I was walking by one of the lakes and spotted miniature daffodils I’d never seen before, and beautiful ground covers only weeks before.” 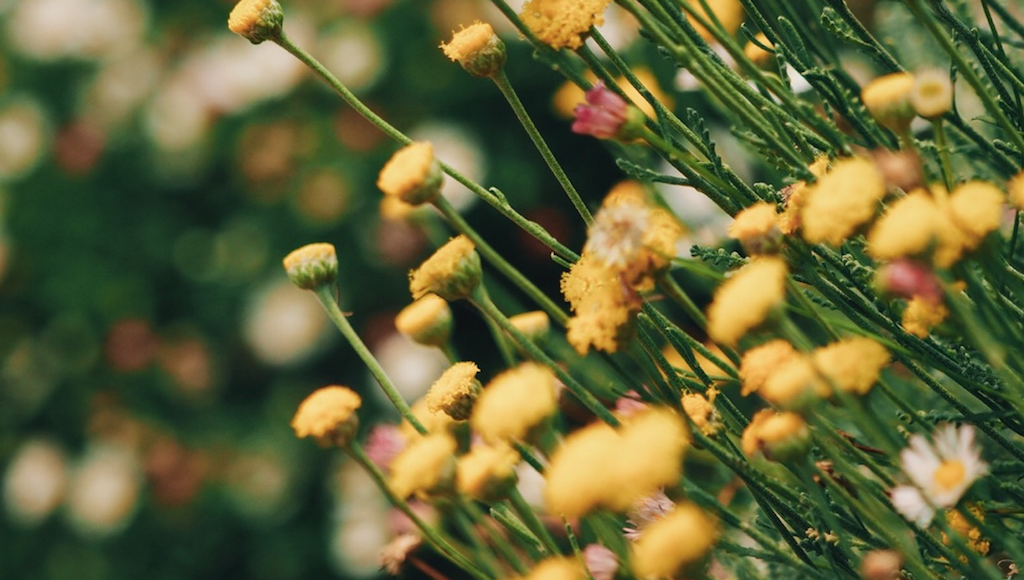 The Jones’ welcome day-time guests by appointment, in groups and on open days throughout the year.

To pass between the different garden ‘rooms’ connected by walk-ways and woodland paths takes about two-and-a-half hours.

Picnickers seeking a patch of grass are spoilt for choice along the lakes.

“Those big soaking holes are absolute draw cards for birds and photographers alike.”

Annie and Chris tie open days in with major Tenterfield events and can offer you a tour, if arranged ahead.

“We can meet you out front and join us for a tour around the garden,” Annie explains.

“There’s even an electric golf cart for those less mobile.” 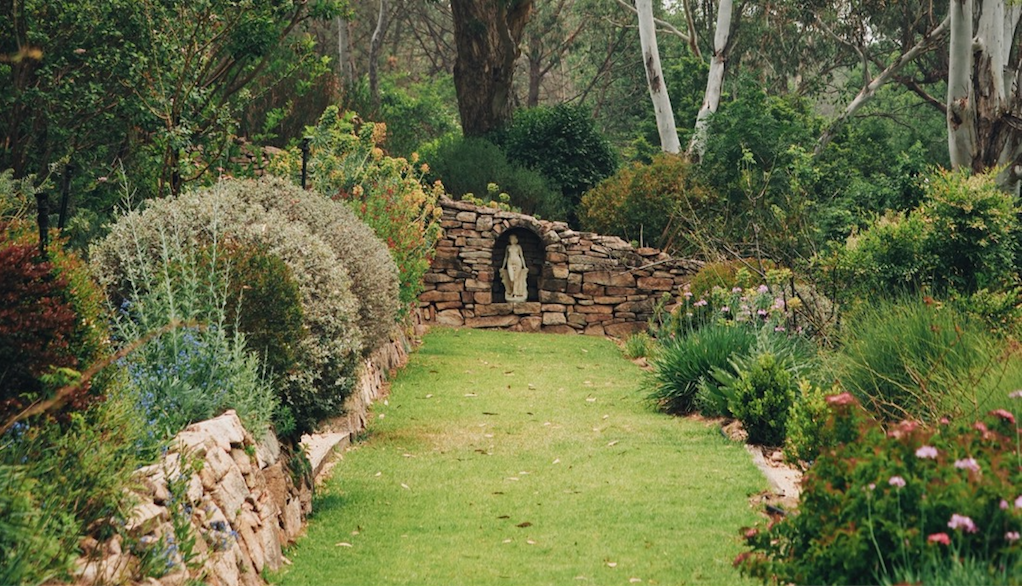 The estate comprises a main residence, a nursery and cottage, a new garage with an undercover verandah to be built.

“The buildings needed a lot of work.

“Initially, we started on the cottage. It’s a one bedroom two-person cottage down by a lake. It’s a really lovely place. We stayed there for a year.”

Previous owners upgraded the main building but it had weakened with age. Much of it was replaced.

“We manage to keep the old fireplaces and we haven’t added to or changed the footprint. Thankfully, we could retain the sassafras and black butt floorboards.”

The Jones’ settled in the main residence by December.

“Our next project is refurbishing the nursery to increase our plant sales. And to create an undercover guest area.” 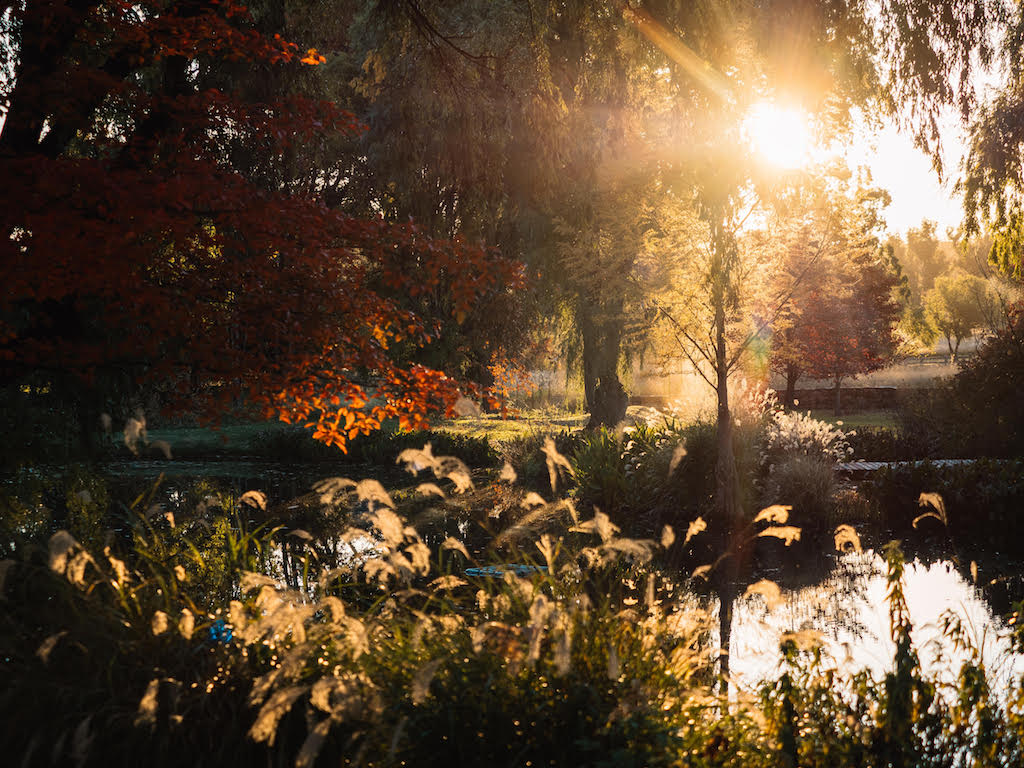 Mystery shrouds its origins but it was part of the original Tenterfield Station estate.

“Originally, it was a weatherboard … I heard it had a separate kitchen.”

Annie believes four, maybe five generations lived within it, with one family, the Conollys living there for three generations.

“But this year, it’s been really positive. The ground moisture has been really good; there’s better growth, everything is perking up at the moment.”

This is great news considering Tenterfield was on high alert against fire-threats last year.

“There had been a fire to the west of us which we were keeping a keen eye on.

“It had been designated controlled but then a new fire front closed in and it was heading straight towards us. So I put on the sprinklers on the north bank.

“We have a Cyprus forest so that was a bit of a concern,” Annie explained.

“My husband stayed but I sorted all of the animals and the documents and waited out front.

“The firefighters told me to get out right away, as they’d only managed to get in. Lucky, too, as one of the fire-engines ended up saving the cottage.”

But it was the actions of a brave pilot from Sydney named Mark that saved their nearly-completed home.

“Mark camped up at the Showgrounds. He was actually using water from the creek and some of the dams to fight the fires [throughout the region].

“He drenched water over the top of the house and the new garage with incredible skill. Through the smoke he just swooped in there drawing water from the main dam.”

The fire spared the formal gardens and major infrastructure but damaged some of the farmland and fencing.

“BlazeAid came to help, they fixed and installed new fences on the boundary lines.

Within weeks, nature stepped up “the lovegrass was staggering”. In fact, one year later you have to look to find it. 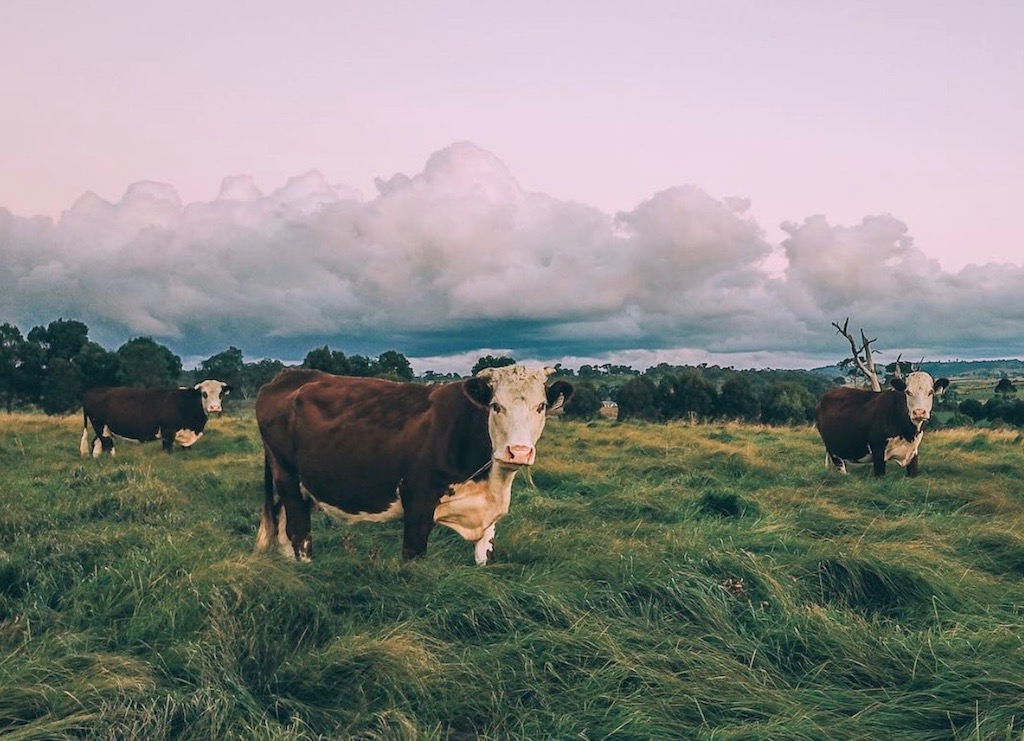 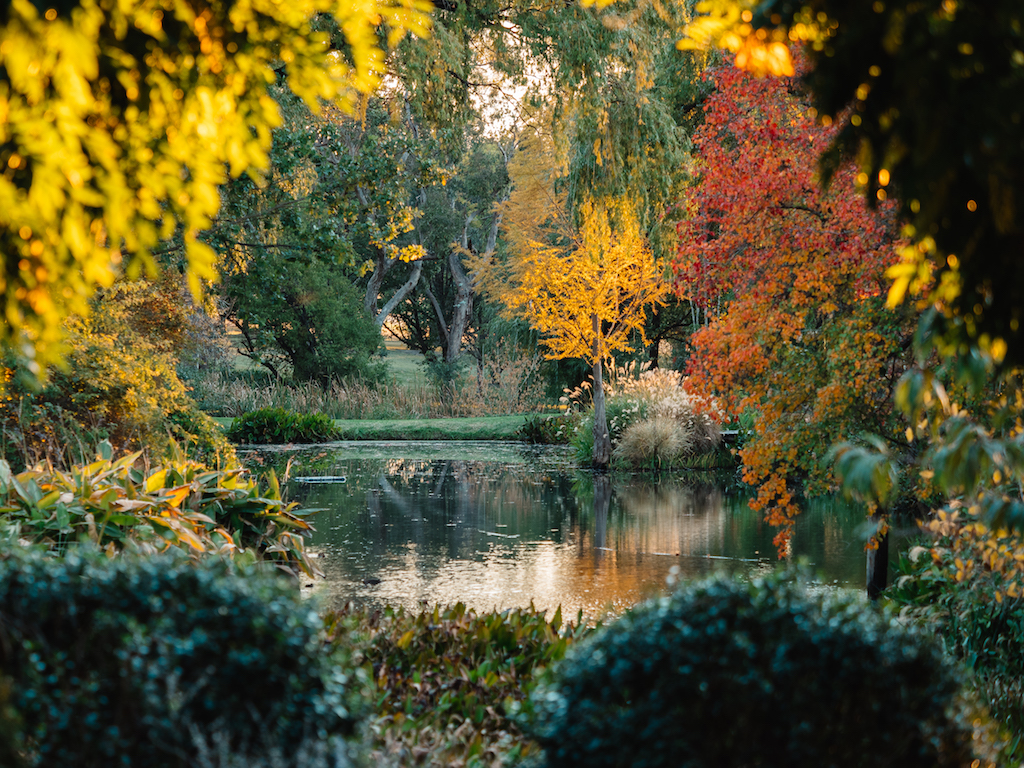