For Lana Willis, musings aboard Cat Balou sparked a sea-change return to her childhood home.

“I said to [my husband] Brad, ‘In a few years time, we could skipper this boat’.

Truthfully, she must’ve said it more than once on that home-town trip, given her father’s  enterprising nudge six months’ later.

“He called and said, ‘you know the business is actually for sale’.

“We were living in Port Lincoln at the time, it was still a pie-in-the-sky theory.

“But when we saw the opportunity, we did a little bit more investigation,” says Lana.

And together, Lana and Brad, her folks, sister and brother purchased Cat Balou from long-time operators Ros and Gordon. 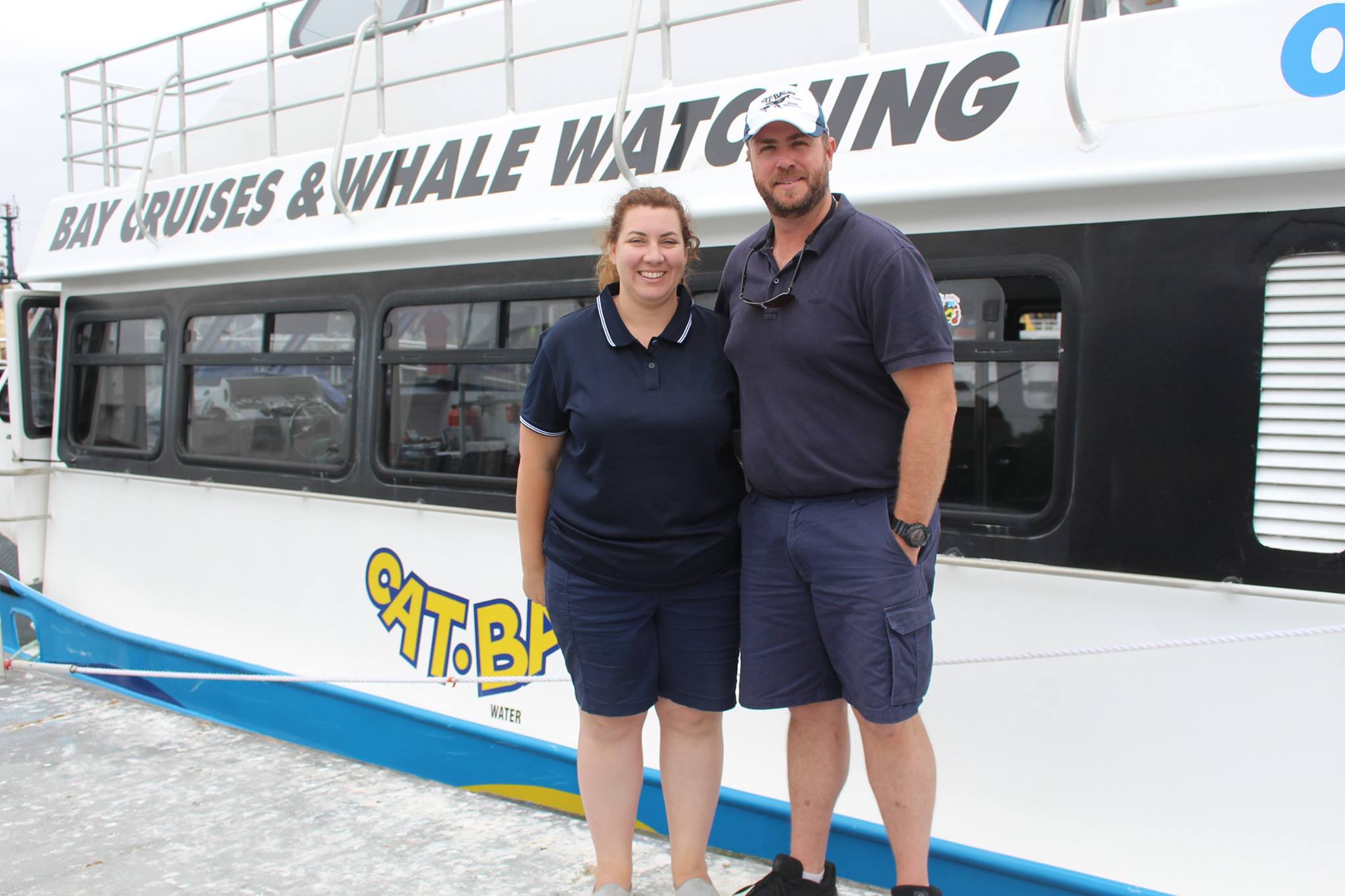 Within 12 months, Brad had taken over the helm, upgrading his boating license to a Master five, with Lana hosting the commentary.

“I’m enjoying it more than I thought I would,” says Lana, three years’ on.

“I get to experience it [Twofold Bay] through visitors’ eyes and even some of the locals as well. The opportunity to experience the beautiful sites, the whales. And to feed off their excitement it’s just fabulous to show people around.”

Twofold Bay is one of the world’s deepest harbours. And during annual migration, whales pass through its wide mouth to feed.

“We regularly have the whales come right up to the boat, within five minutes of leaving a wharf—that is quite spectacular—it’s so accessible.

“We don’t have any bars and channels to negotiate and as soon as we launch we’re in open seas. It’s a really comfortable boat ride.” 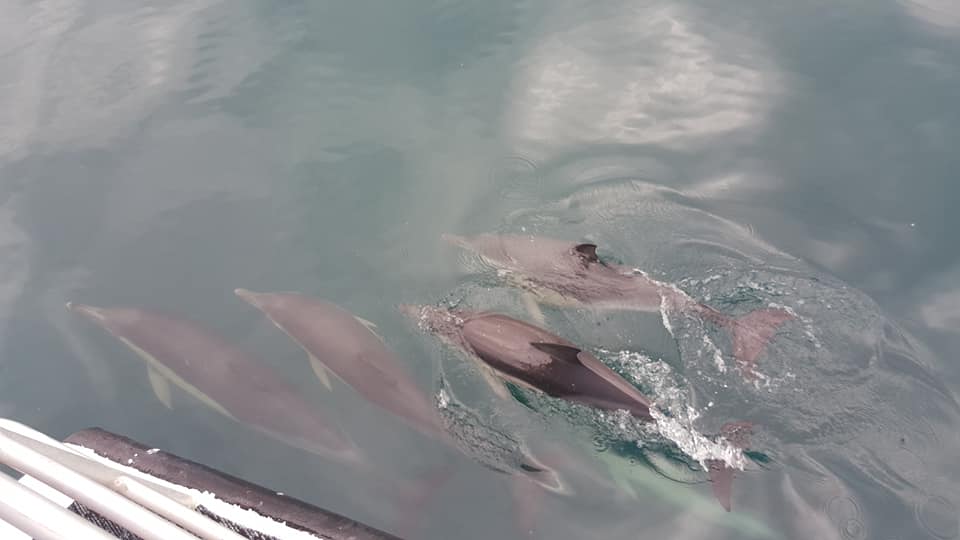 Lana, who moved to Adelaide at 19, always missed Eden’s beaches, but relocating to Port Lincoln only deepened her yearning.

“It reminded me of home. [It has] so many things in common with Eden; the tuna fishing, the trawlers … it was lovely, but it did make me homesick for here,” says Lana.

Ultimately, seeking a freer life for her two kids drove the change.

“We had a fairly free childhood; we’d walk to school, to friends’ houses, that feeling can be lost growing up in a bigger place,” Lana explains.

“My youngest Grace (four) comes out with me [on the boat] regularly.

“She tells me when she’s older, she’s going to be the first girl to skipper Cat Balou. She’s going to have a pink chair. ‘Dad can do the ropes,’ she says, ‘Darcy (now 11) can do the commentary and you can make the coffees, mum!’

“If she’s out with us, Grace will often tug my clothes and say, ‘Mum, you haven’t told them this’ … she knows the commentary better than me!” 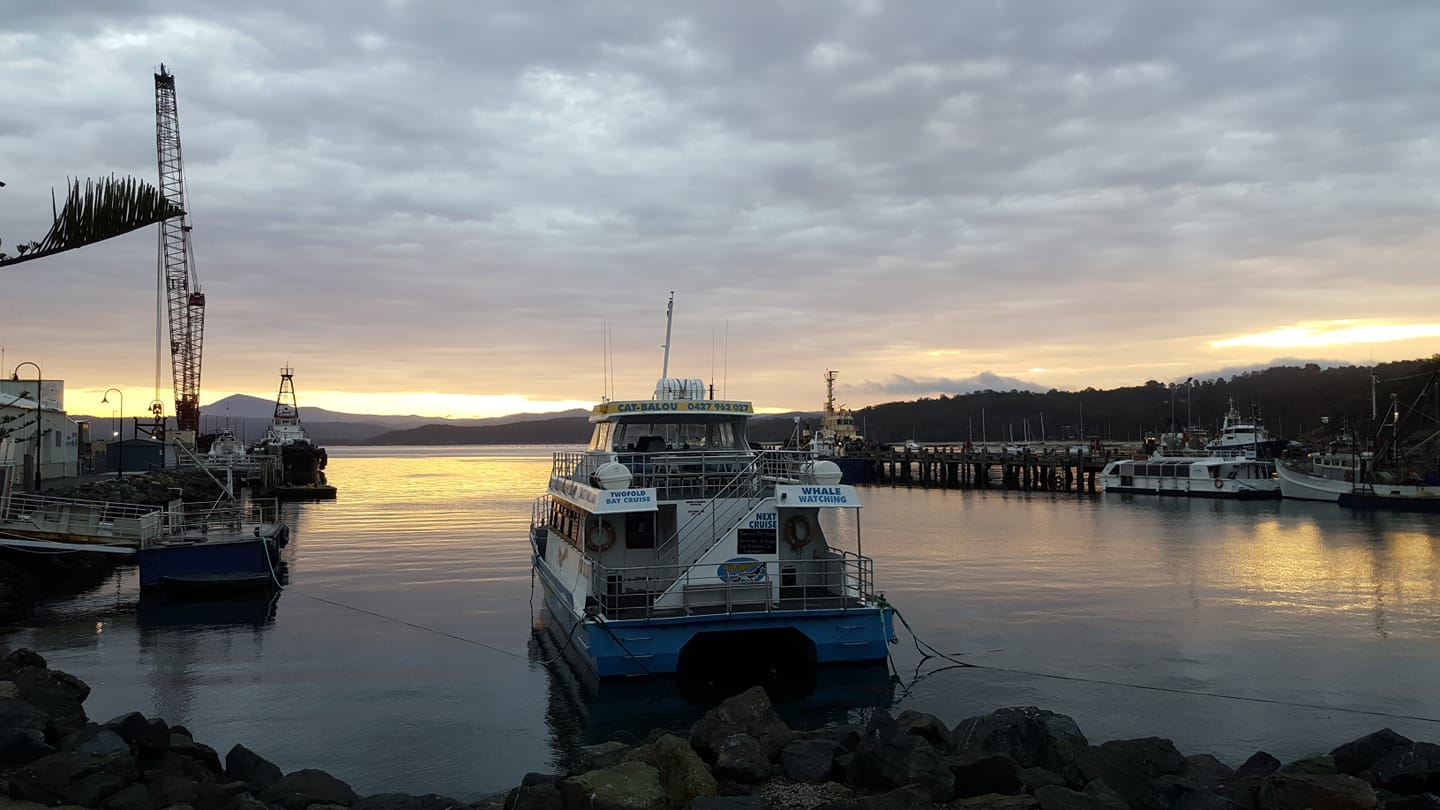 As a local advocate for Eden, Lana had to quickly upskill.

“I knew the stories, you’d hear them growing up, but I’ve had to build upon that knowledge,” Lana explains.

“I like to think about the kinds of things I might ask, if I was on the boat. I often pop into the Eden Killer Whale Museum and they’re always very generous with their time.”

“Locals volunteer for lots of things. The Marine Coastguard, the local visitor centre. People think, ‘Let’s just pitch in for the good of the town’, and for a community that’s quite special.”

She also credits Ros and Gordon, the former owners, for their assistance in the handover  and will always find seats aboard the Cat Balou for the pair. 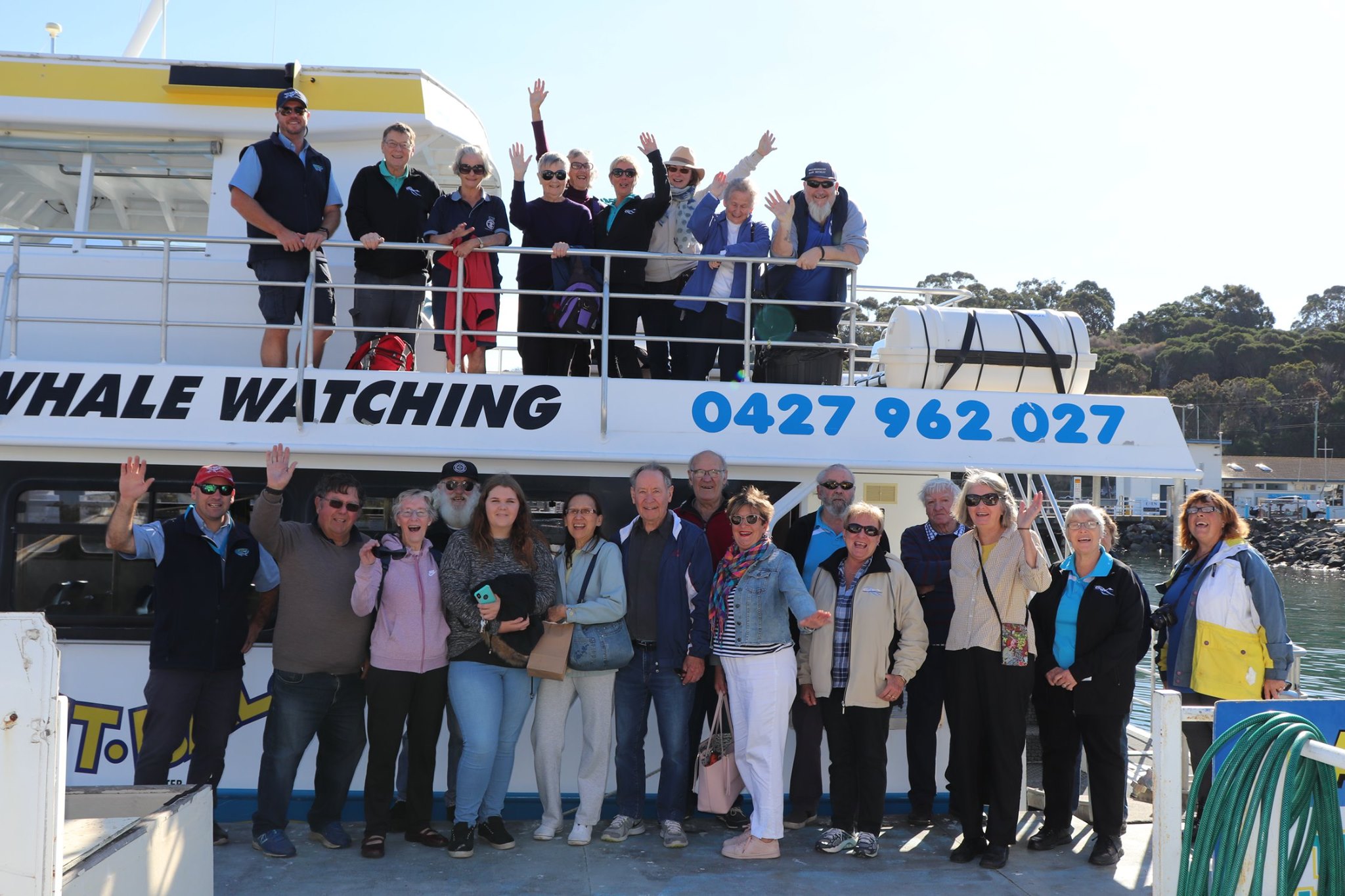 Lana and Brad surprise local volunteers with a thank-you cruise during National Volunteers Week this year.

“So much changes here and so much stays the same, it really has that small coastal town feel, not influenced too much by the bigger commercialism.

“I would say 95 percent of the business are run by locals.

Today, Lana relishes her role as the community’s sea-life spotter and in the thick of migration, it’s all about the whales.

“People are always asking about the whales, they want to tell visitors,” Lana explains. 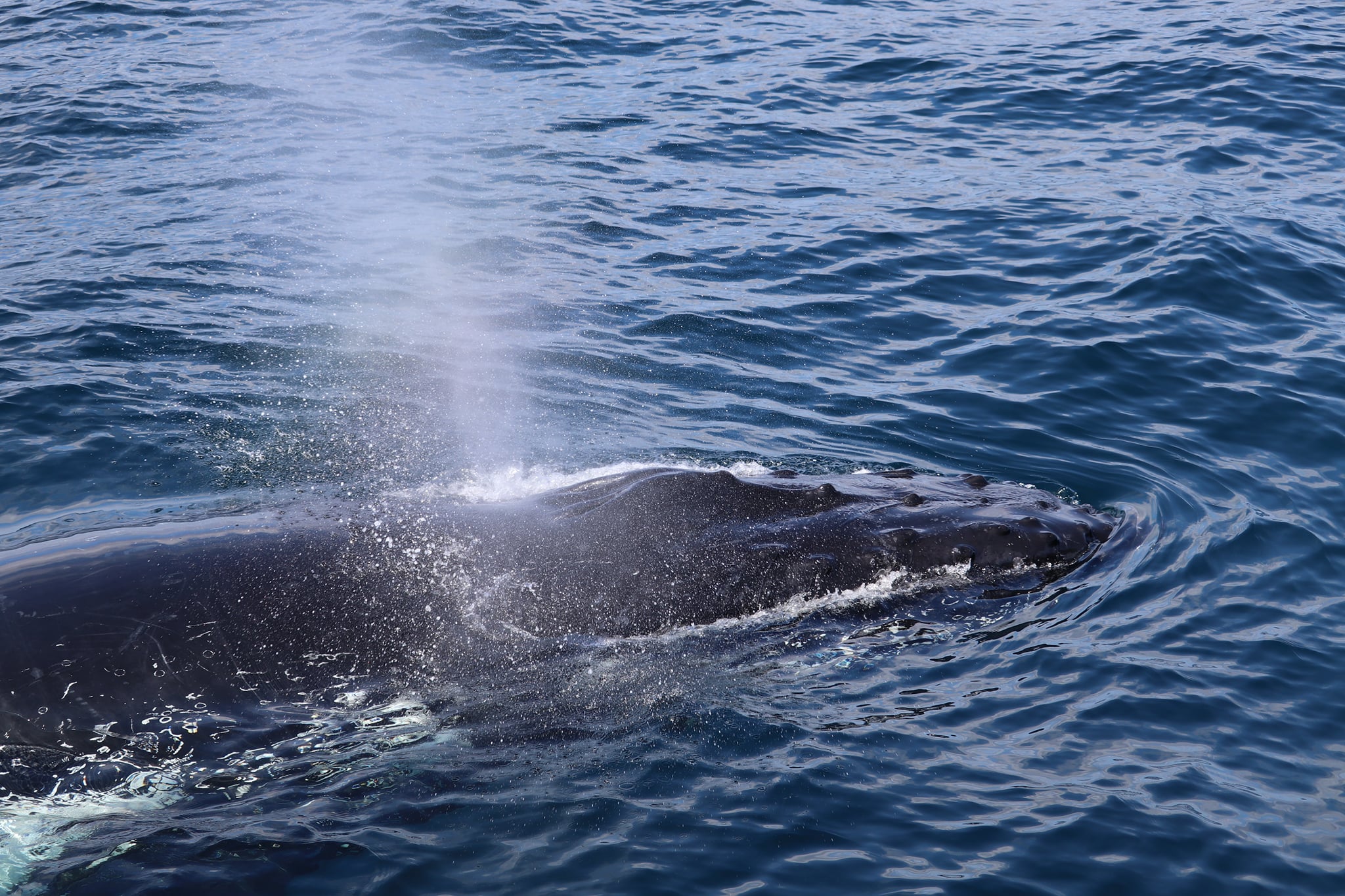