Travel sure pushes us out of our comfort zone. Just ask reluctant swimmer Alison Huth, What’s Up Downunder editor-at-large, who bravely shares her thoughts on Mataranka and Bitter Springs. Photos Peter Huth and Tony Kahler.

I am not a swimmer, I never learnt. My local pool was the Harold Holt Memorial Swimming Pool in Canterbury, Melbourne. With the benefit of hindsight, I do wonder on the sense of naming a swimming pool for a Prime Minister who died while swimming. However, even though my brothers and I used to go there I never learnt to swim.

It has been at least 30 years since I have ventured into a swimming pool, and called my lame excuse for dog paddle swimming. This trip we have been on since mid-March has shown a couple of things, when it’s hot and there is water, you go into the water.

I knew I would be going into water, so I kitted myself out with bathers, and a noodle.

We stayed at Mataranka Homestead, NT, and made our way to the pool. We had been told that this one had been worked on–as in access steps are in place, a rock edge to the pool, that sort of thing. It still has free flowing water and plenty of rocks in the water, but it has been smartened up.

Walking the path to the pool made us realise just how lucky we were to be there. The devastation for this year’s monsoon season was evident wherever you looked. The debris that was waiting to be cleared away is enormous. Most of the walks were still closed, the staff had concentrated on getting the pool back into usable condition so the Homestead could open up again.

I got into this pool, with my noodle, and loved it. Floating around, maybe finding a seat on the edge, splashing about a bit, using a rock as a holding station, relaxing in the warm water. Warm, but not too warm for me. It was bliss. I really began to realise how much I had missed over the years by not getting a noodle sooner! 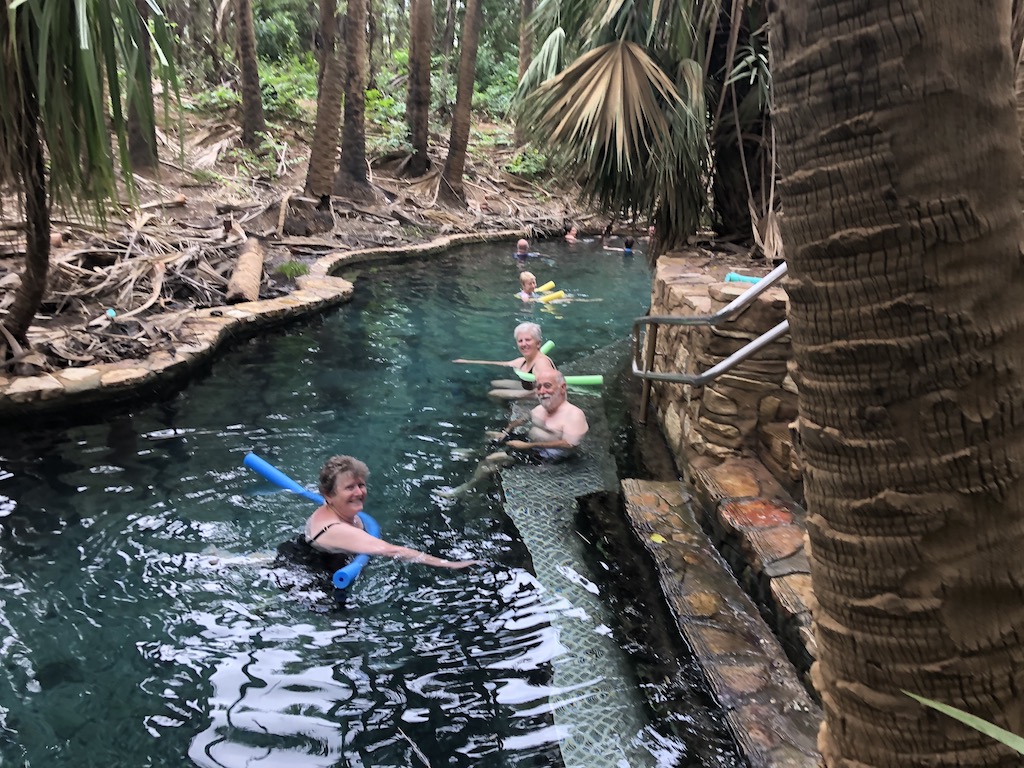 There is one access point to the water and, although the map shows two exit points there is now only one. No matter who you are, this is a noodle pool. The idea here is to get in and let the current take you to the exit point. It does that, all you have to do is avoid the submerged rocks, trees and not float into the foliage on the banks.

The water was remarkable clear given the damage from the flood, but there was a slight sulphur smell. Not overpowering, just noticable. The temperature of the water was warm and very pleasant.

The one very unpleasant part of this for me was being on constant guard for spriders. I am an arachnophobe, too. Plain and simple, they are my worst nightmare, and they were in the surrounding foliage. One of the swimmers happily described how, one morning, she had to float all the way under the cobwebs that stretched over the water. Not my scene at all, but I’m sure it’s not like that most of the time.

Majella and Jayne did the whole float thing twice and said they felt much more confident the second time because they had some idea when the submerged hazards where. Plus, they were aware of the patch in the middle where the current picked up speed and really got your moving along. 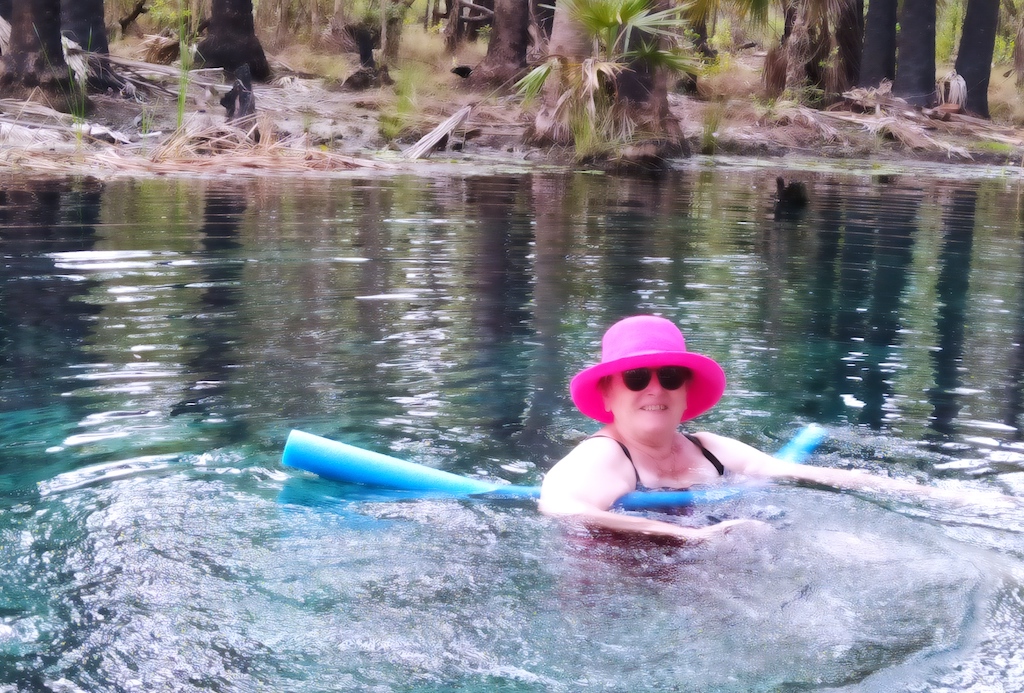 Which ever one you like the best is slightly immaterial. What is important is that you put them on your bucket list and try them out.