More than 30 years ago, a group of wild dolphins at Monkey Mia captured Pietro Checconi’s heart, while he and his family were on a whirlwind tour of Australia.

“We tripped around all the classic places [with my wife and daughter], and we decided to holiday at Monkey Mia for three days,” Pietro explains.

“I felt like something was special here. I thought, ‘maybe next year, we’ll come back. We’ll spend more time here’.”

That connection grew stronger: Pietro and his family departed Italy annually, donating more time with the dolphins on the Coral Coast progressively each year.

“I was lucky enough to see dolphins in Italy in the wild in my 20s.

“But over time, the beautiful islands were being transformed so when I came here, it was a second chance to see real wildlife happening.”

“In ’92, we decided to spend one month here, and gained the trust of the rangers,” he said.

“One morning, I came in and there was a calf that had just been born. She was full of life and so beautiful.

“They named her Piccolo.”

It was a defining moment for Pietro and his wife Simonetta. The couple watched her grow, basing themselves in Perth for six months of the year.

“[I admire] the simple way they live, how they’re always totally focussing on what they are doing.” 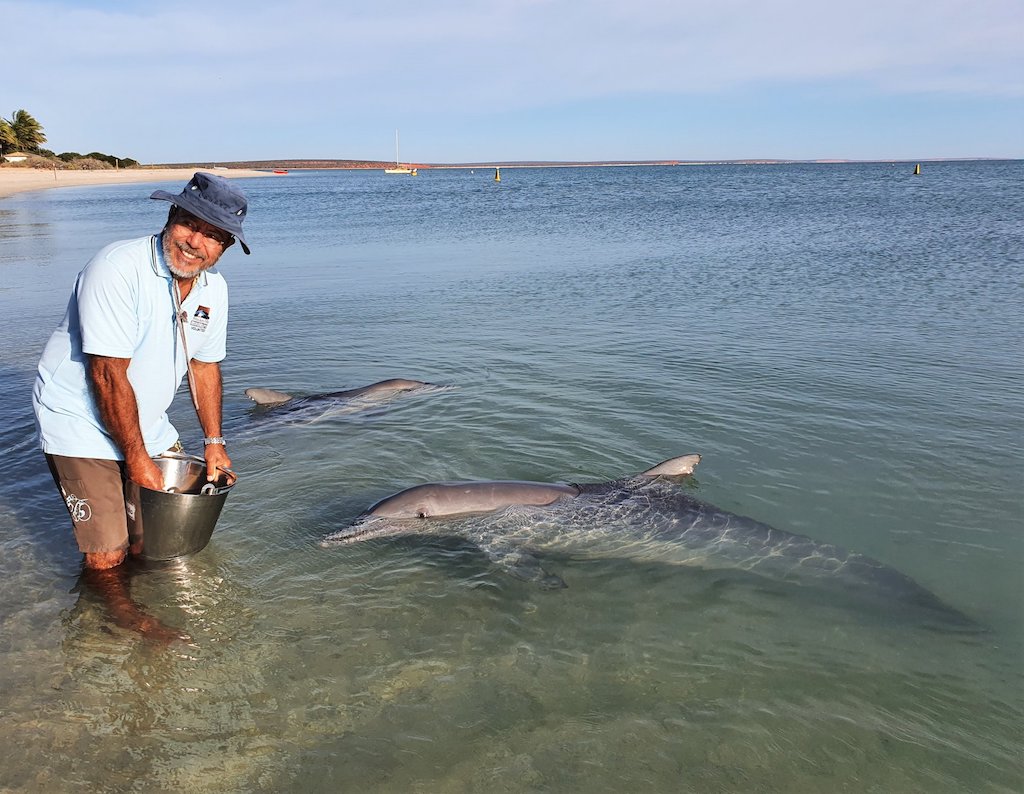 As playful as they are, the dolphins at Monkey Mia are wild. Observations by researchers, rangers and volunteers like Pietro assist in their preservation.

“I’ve learned just how delicate our interaction [between humans and dolphins] is.

“Back then, there was less understanding. It still wasn’t totally clear how our actions impacted on their lives.”

Monkey Mia strives to “balance the joy of the people” with what the dolphins need.

“There may be young calves feeding. When people stand in the water, maybe they’re allowing the fish to hide behind the legs without knowing.

“This is being better understood. And also, my understanding is changing.” 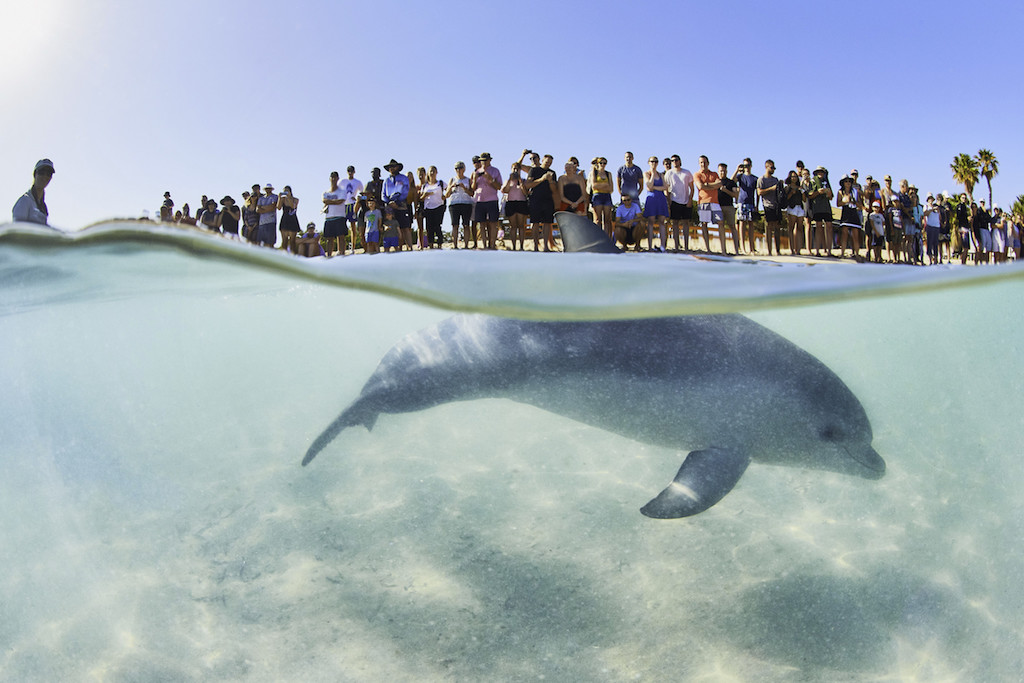 “No doubt, the feeding time is the nicest thing. There is that close contact with the dolphins,” Pietro explains.

In the water, many of us see a group but to Pietro, they’re individuals.

“Knowing dolphins by their families and by their name. It gives you a different picture of what’s going on.”

“You see them swimming together. There might be a parental link, they could be a brother or sister, aunty or niece.”

Male dolphins, in particular, behave differently according to life-cycles and family connections.

“The perception is much clearer and it’s very exciting.” 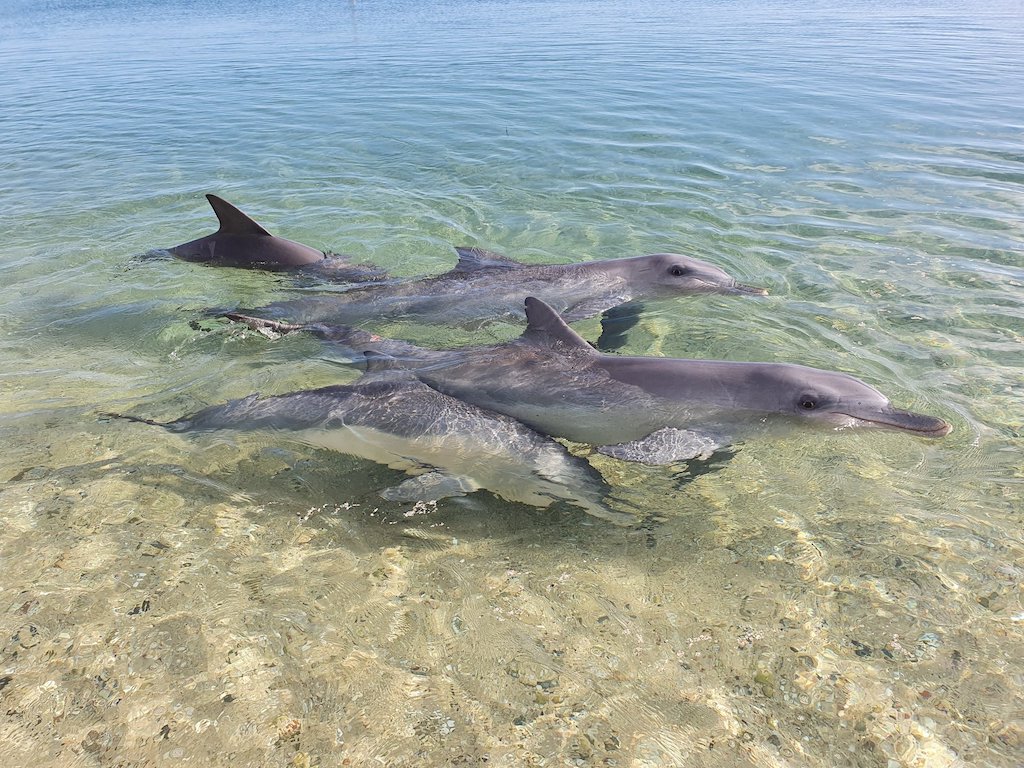