Anthony Coulson of RoamWild has spent a decade rock-hopping mountains to share Queenstown’s history and now he’s found a venue closer to home.

Since 2017, the outdoor adventure tour outfit has operated out of The Paragon Theatre, while welcoming in guests on a self-guided tour, meal or cinema show and various events.

Fresh off the mountain with a paintbrush in hand, Anthony Coulson reveals how these seemingly unconnected ventures are intertwined.

Locals know most of it, there are hidden mines throughout precious Gondwana forest. Anthony says you can find remnants on the side of the road.

“Many travellers know of the West Coast Wilderness Railway, but there’s a lot else to see.” 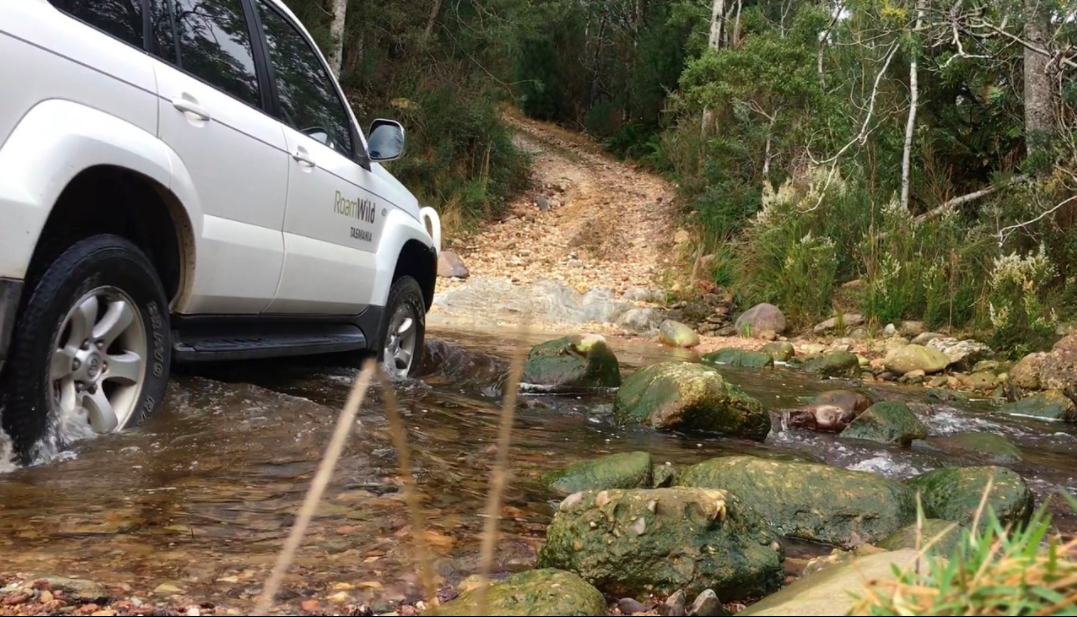 NO DAMS: The Blockade!

Anthony is still very hands-on, too, leading vehicular tours into World Heritage-listed rainforest, between preparing an 87-year-old theatre for its new life.

NO DAMS: The Blockade! charts one of Tasmania’s most famous social movements that attracted thousands to the state’s south-west during the early 80s.

Protesters painted signs onto tarmac so big you could see them from the air.

“Some of the signs are still in place,” Anthony says.

Guests can also yield ore at the Mt Jukes Propriety Mine, and explore relics hidden amongst Australia’s tallest trees on the Lost Mines Ancient Pines tour.

“We have leased a copper mine,” says Anthony. 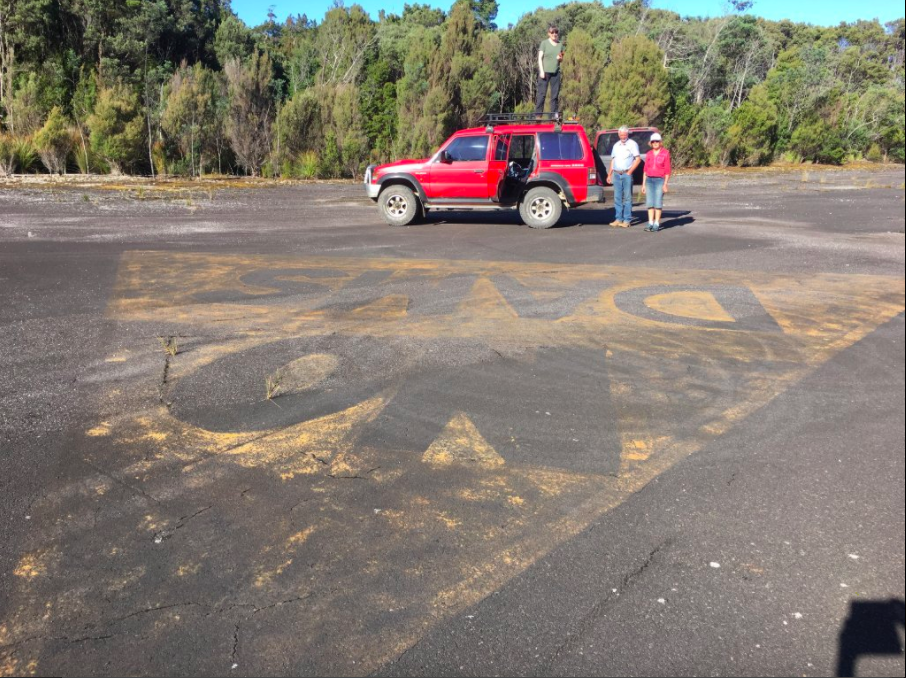 The local hunt for ore brought about boom-and-bust cycles in Queenstown’s history.

And its changing fortunes play out in the main streets. Here, you’ll find a grand patchwork of architecture styles, spanning 150 years.

Anthony and partner Joy Chappell understood the value of Queenstown’s Art Deco darling with its striking parapet facade stepping down from a 20 metre high peak.

The pair partnered over their passion for Queenstown’s history and their separate tourism businesses, to purchase the Paragon and continue to develop the adventure tours.

The two-storey heritage-listed Paragon Theatre was built in 1933, a year before the Mount Lyell Mining Company escalated its copper mining operations with the West Lyell Open Cut. 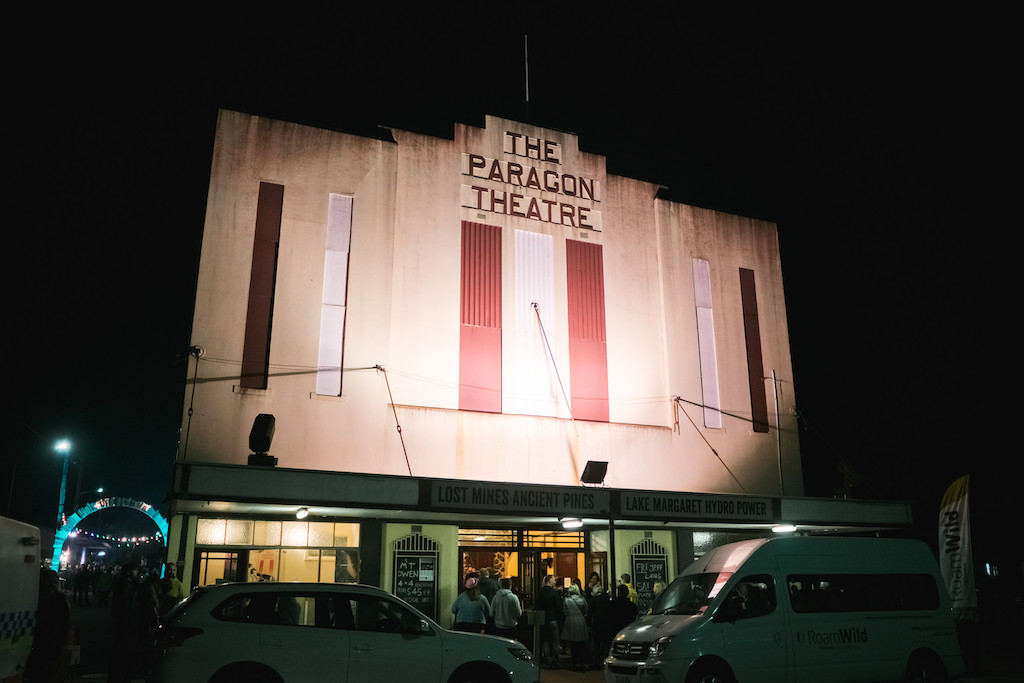 The business partners leased the building in 2016 and bought it in 2017. The pair upgraded the kitchen and dining facilities and introduced a self-guided tour.

“Some guests just come for the tours to marvel over the beautiful art deco details, the projection rooms and dress circle upstairs and take in the atmosphere,” Anthony explains.

AUDIO VISUALS FOR THE TOURS UNDERWAY!

Joy and Anthony are expanding the tour.

“There are three AV installations being installed, ready for the upcoming season,” says Anthony.

“They’ll start with a short history in the main hall. There will be another up the stairs in the treats shop on the mezzanine and one near the projectors,” Anthony explains.

“This one explains how the projectors worked together. We have interviews from two projectionists who worked at the theatre.

“You’ll see them in the presentation.”

Anthony shaped the presentations’ designs. He sought advice and drew from a decade’s experience of conducting tours. Each clip runs for several minutes in a continuous loop.

“People won’t stop to look at a clip for 20 minutes but they will for a few minutes.” 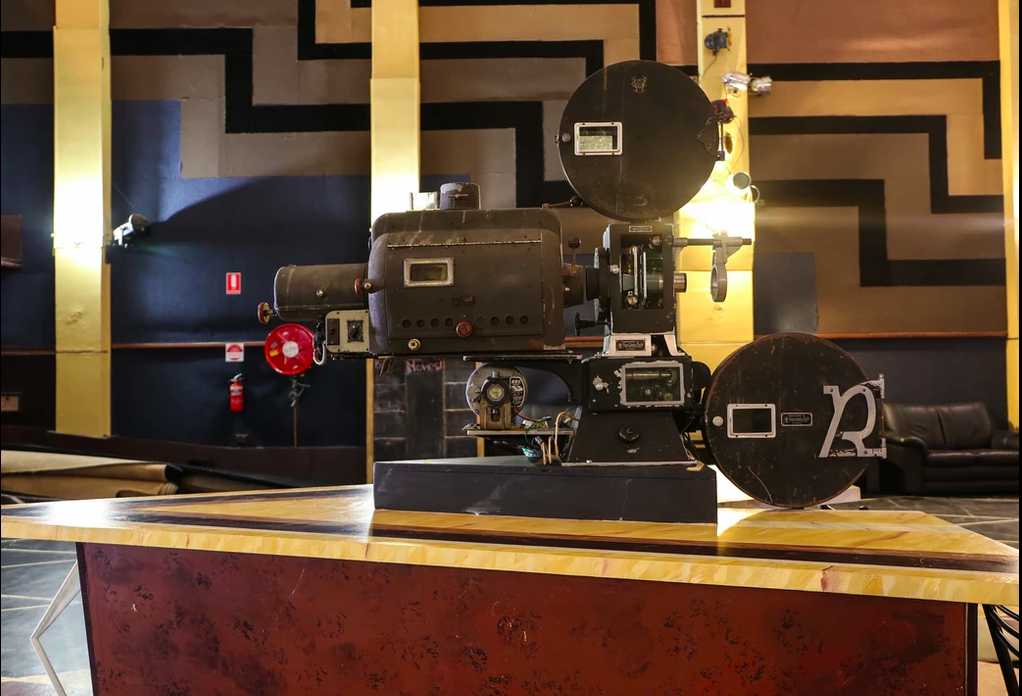 Without a doubt, the Paragon Theatre’s recent history impacts how it’s used today.

“It closed as a cinema in 1984 and was repurposed as an indoor cricket stadium,” Anthony explains.

The then-owner stripped the ground-floor seating and over half of the cantilevered dress circle. They removed the tiered section of the timber floor and filled that space with slag.

They then poured a reinforced concrete slab over the slag and the rest of the cinema’s original timber floor.

“The idea to install the stadium was hatched during the construction of the King River Power Scheme,” Anthony explains.

But, with the dam-wall built and the indoor cricket craze dissipating, the declining population couldn’t support the venture forcing the Paragon Theatre to again close its doors.

In 2003, a new owner Dr Alex Stevenson tributed its 1930’s heritage by hand-painting the concrete floor to look like marble.

Enamoured, cinema buff and geologist Francisco “Cisco” Navidad took over the reins in 2012 and ran a movie club before returning it to the market in 2014. 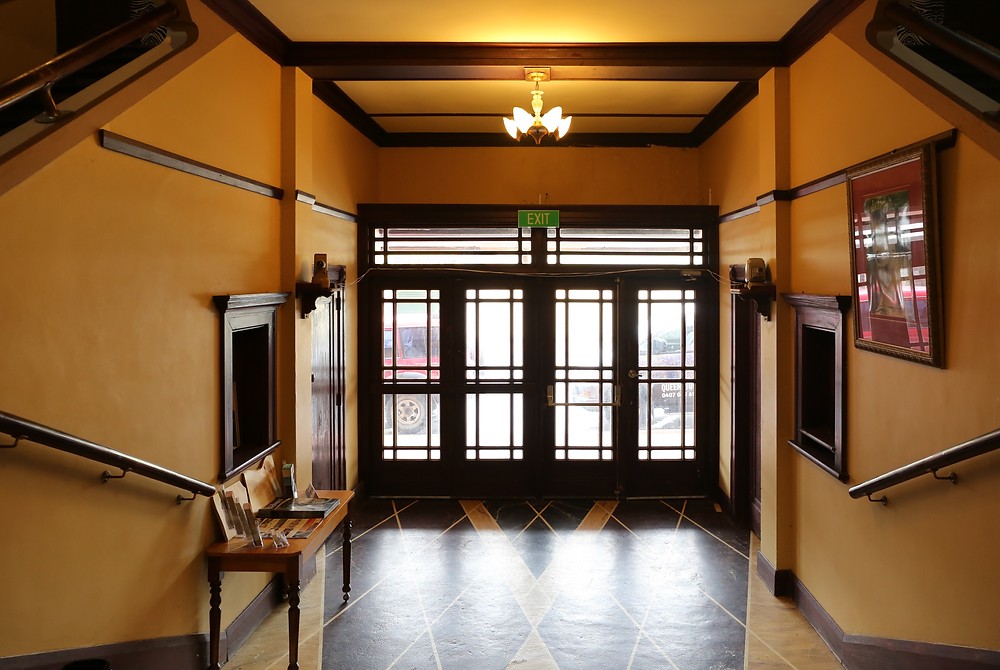 Patrons can enjoy fresh pasta on-site while watching the Paragon’s own two-hour featurette compilation Forever Wilderness then cosy up on leather couches for a luxury cinematic experience.

Joy and Anthony upped the sound and image quality with a new digital projector and digital theatre surround sound. But classic films still draw the crowds.

They also host special events throughout the season, bringing a new venue for performance artists from around the world.

Anthony and Joy were able to design the commercial kitchen and dining and bar area to suit their needs, with close contact and cooperation with the Tasmanian Heritage Council.

“We recognise the heritage values and are doing our best to preserve everything we can” says Anthony.

Anthony and Joy plan to restore the windows and the general facade. Already, they’ve built a stage and added light and sound equipment, so it can again host live theatre shows and musical performances. 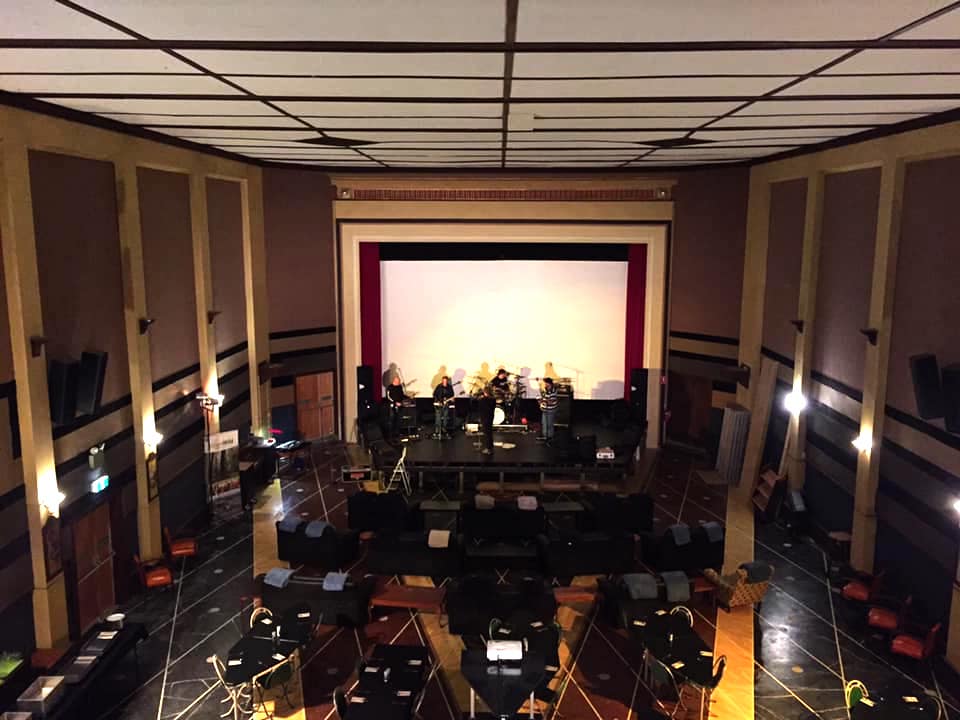 Maintaining a two-storey 1930s heritage building has its challenges; particularly one subjected to a varied history.

Shockingly, Joy and Anthony nearly lost two-thirds of Dr Stevenson’s painted floor when the original timber underneath gave way in 2018.

With the help of government grants and mammoth fundraising efforts, the business partners rescued the collapsing concrete, with Hobart engineering company Deep Pinning drilling 134 holes into the floor.

Restorers drove $5,000 worth of steel rebar donated by ARC Tasmania into the bedrock, the sagging floor was jacked up, then formed concrete piers were poured to support the slab.

The new studs capped in stainless steel story plaques integrate beautifully thanks to the careful placement of the holes. It’s as if they were always there.

Workers completed the mammoth task three weeks before the theatre hosted hundreds of patrons for the 2018 Unconformity festival’s main events.