When John Forbes’ sons passed up on his sports memorabilia collection in 2017, it was Rochester’s gain.

The iconic Australian, now in his seventies, invited Rochester Lions Club to raid his garage-collection acquired during his decades-long career with PUMA.

“There were four thousand pieces to choose from⁠—each with its own story,” says Sam Watkins project manager for the Rochester Sports Centre.

One of Greg Norman’s golf hats and a dress worn by Martina Navratilova are just two items forming part of this remarkable display.

Initially, the Rochester community housed the collection in a shop-front.

“Look, it was okay, John was happy. But then I came onboard to help with grant writing,” Sam explains.

Sam sourced most of the funding from the Pick My Project initiative courtesy of the Victorian Government.

It was timely, with the Rochester Lions Club nominating the museum for a special project marking the Lions Club centenary.

The Rochester Railway Station, formerly of the Deniliquin Line, provided a fitting home for the collection but it was in desperate need of tender loving care.

“It is a double brick building. When we commenced the renovations, the plaster over the internal bricks walls was crumbling away. You could see the water damage behind it,” says Sam.

“We had to completely sand back everything and replaster the walls.

“It now has new carpets, heating and a security system. It was all done with the help of volunteers—over 600 volunteer hours. 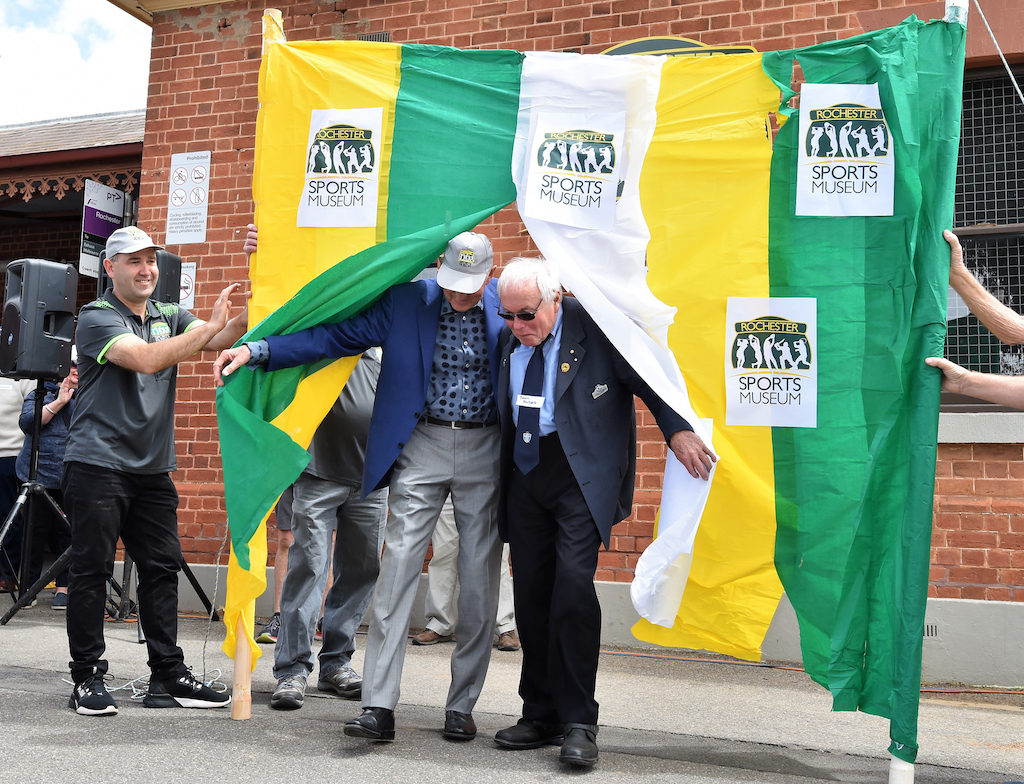 Rather than retell the lives of sportspeople, the museum focuses on historic sporting moments John Forbes experienced during his time with PUMA.

To help tell the stories, the Rochester Sports Museum hired Laura Stedman, Levoi Consulting, to curate the displays. The showcases arrived in May 2019 providing ample time to fit-out the museum ahead of its opening in October last year.

“It has a real wow factor,” says Sam.

“It’s something that you mightn’t expect to see in a small country town.”

The silver gloves Adam Gilchrist gave to John when he fell ill are among Sam’s favourite pieces but she also loves the aluminium bat owned by Dennis Lillee.

“There are only a few of those in existence,” Sam explains.

“Then there’s the jacket Herb Elliot wore during the 1958 Cardiff Commonwealth Games and a tracksuit worn by Cliff Young—they would have to be my favourite pieces.

“We’ll change this every three months,” she says. 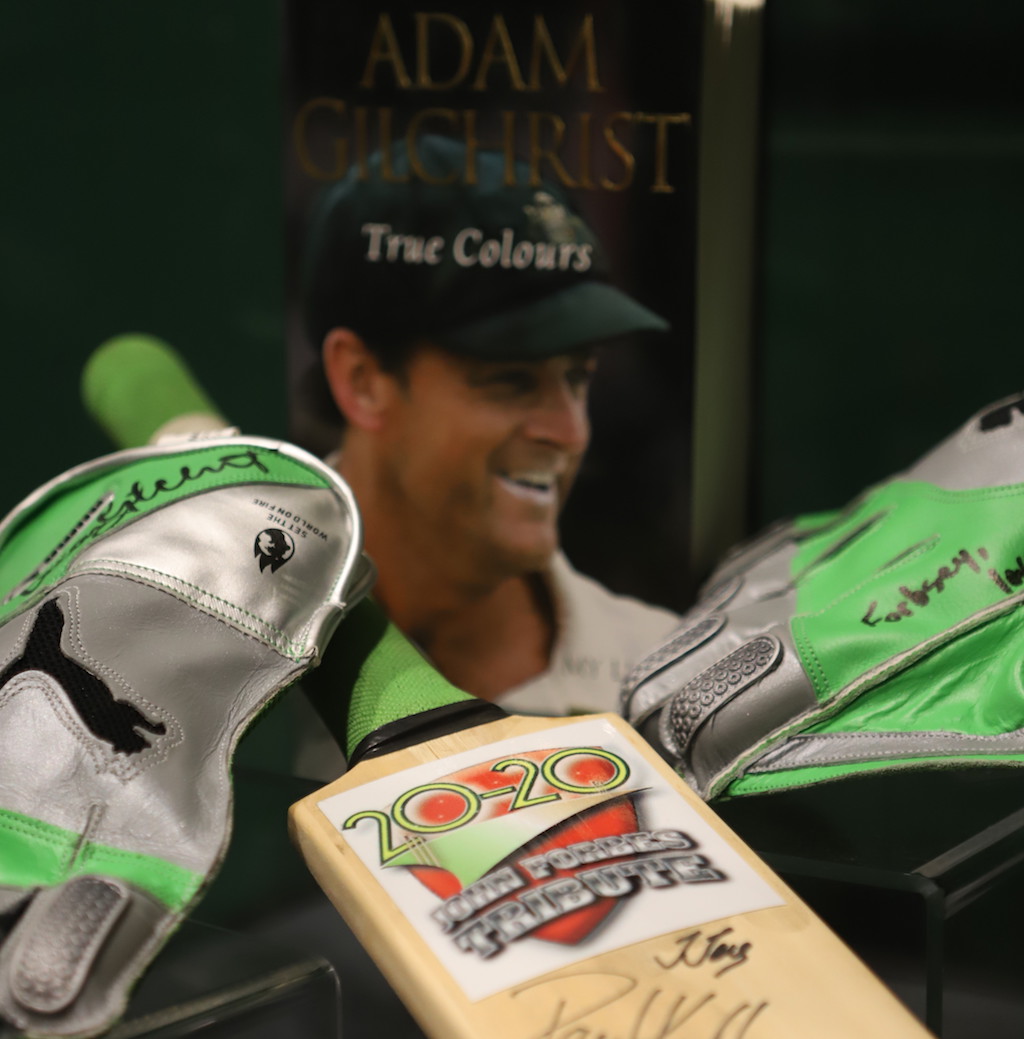 Usually, the Museum is open Thursday and Friday 10-4pm.

“We have over 40 volunteers who donate hours on a roster,” Sam explains.

But, like many businesses affected by the COVID-19, the Rochester Sports Museum is adopting a cautious approach as restrictions ease.

“We’ll open from June 22 on request at this stage,” says Sam.

“We need to look after our volunteers, many are over 70.

“And we can only allow between four to six at the museum due to the restrictions, at least this way we can regulate numbers.”