Tales of the Tumbarumba to Rosewood Rail Trail

For decades, a disused train crew barracks lay dormant on a farm in the Alpine Region of Tumbarumba.

And, when the time comes, it will help welcome visitors to the Tumbarumba to Rosewood Rail Trail, providing insight into this once-essential link thanks to the society’s efforts.

But it wasn’t just the former barracks that kept this Alpine community busy.

Locals worked for 18 years to see the conversion of the abandoned Tumbarumba to Rosewood Rail link to a 21km Rail Trail.

“There were fully grown trees within the tracks to remove, line and sleepers to be lifted and the trail resurfaced.

Four old trestle bridges were also restored and special under and over passages provided for farm crossings.

“It will set a standard, this being the first rail trail restoration on Government land.” 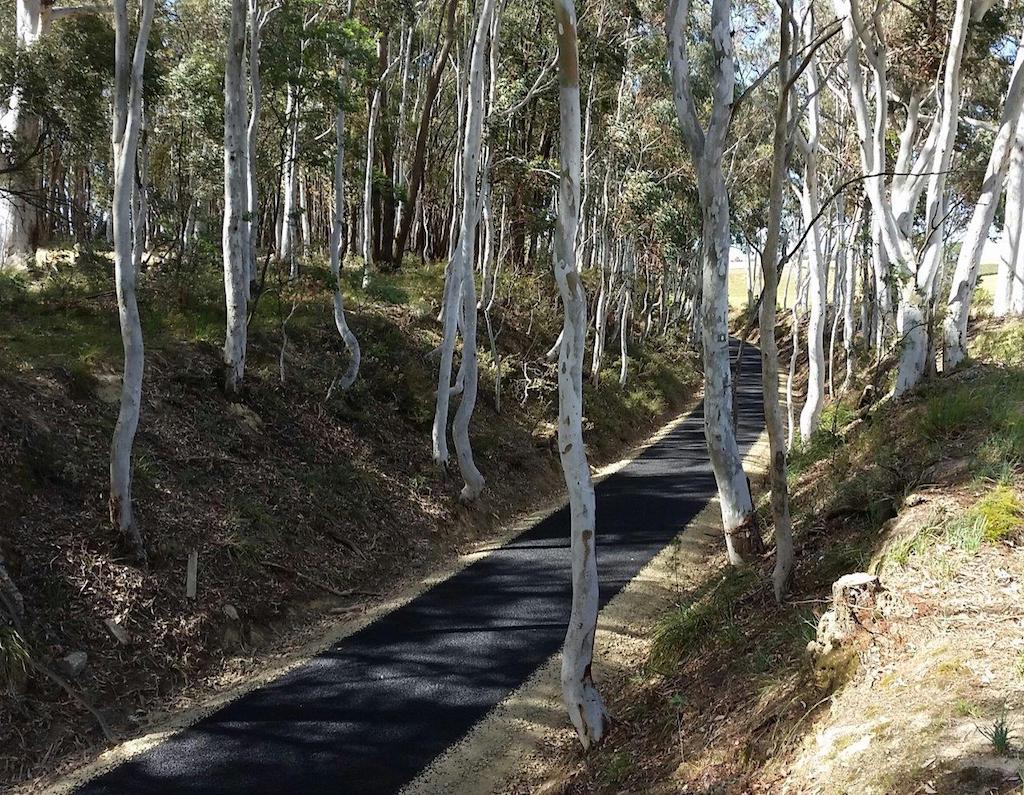 Ron says the research for the book coincided with the rail trail works.

It charts the history from conception in 1884 to opening in 1921 to its closure in 1974 and recently conversion to Rail Trail.

“The primary purpose of Recycling Rail is to explain the social history of the area serviced by the track.

“We’ve created summary boards for users of the trial. There are four stations with boards at each one,” he explains.

TALES OF A TRUE COUNTRY RAILWAY

“The railway operated very much as a country rail. The rules often were flaunted.

“If anyone wanted to catch the ‘Tin Hare’ the driver just would stop almost anywhere, and pick them up.

“There are many reports of the train stopping so all on board could pick mushrooms. This story was told so often, it had to be true,” laughs Ron.

Ron and his wife Cath sourced stories and recollections recorded and written years ago, from newspaper, from the descendants of railway workers and first-hand accounts today.

“The railway closed in the mid-1970s. So, it was a while ago but still existing within our living memory.” 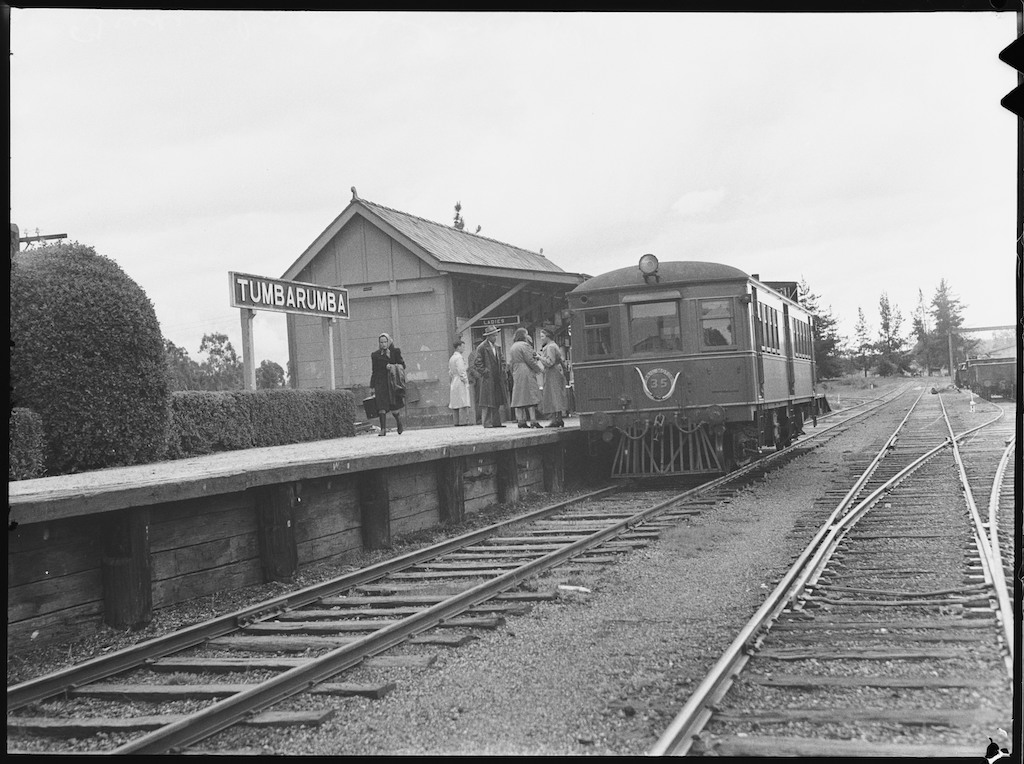 “There are some classic stories and it was great to see them from different angles,” says Ron.

“We started looking into special trains for events like the annual Tumbarumba rodeo, football matches, the races and so on, but one that really appealed was when the Queen visited Wagga in 1954.

“More than 30 trains from all over the region brought school children to Wagga Wagga.

“One of our interviewees describes how the kids from his small country school marched into Bolton Park. Marching was big in those days.”

Ron said his subject expected to see a princess with a crown, “He told me that ‘all there was a nice lady in a blue dress who waved as she drove by’.”

It was, however, a memorable day for the young boy being his first ride on a train and his first trip outside Tumbarumba.

Some historical accounts were conflicting, including one story about a bull-train collision.

“You read the Tele and it tells how a ‘bull charged the train’ while the Sydney Morning Herald described a ‘train hitting a bull’.”

And then there’s the first-hand account from a traveller who was on the train when the incident occurred.

“She describes in detail the commuter’s actual reactions at the time,” says Ron.

“Together my wife Cath and I have written quite a few local histories.”

The couple who arrived in Tumbarumba ‘temporarily’ 36 years ago, have been members of the local historical society for 34 years.

“Cath was a history teacher.”

There’s a lot of very interesting history in Tumbarumba. Many travellers arrive here, seeking out information about their family trees.

“The town has established an archive to assist those tracing their own history and that of the district.

“For many travellers with family links, visiting Tumbarumba is a real pilgrimage. And now we have yet more information from Recycling Rail to share with researchers.”