Sculptures Down the Lachlan expanding soon

Forbes Arts Society is urging travellers chasing ‘Sculptures Down the Lachlan’ to keep their eyes peeled this October, hinting at the trail’s latest sculpture reveal.

When, what or where remains a mystery to HPD, with the location of each new sculpture kept tightly under wraps until an ‘official unveiling’, says Forbes Arts Society Chairperson, Karen Ritchie.

Karen says this will mark the trail’s second sculpture launch since it received a $5.7 million boost from the NSW Government’s Regional Growth, Environment and Tourism Development Fund.

Varanus was the first sculpture funded under the trail’s current expansion, which will span 100km once complete.

And so far, more than 8,000 travellers gazed upon the goanna since it arrived at Gum Swamp in July.

“The 20-metre long, galvanised steel goanna was made in nine pieces (head, body, 4 legs, 2 tail sections and the tongue) to be easily transportable.

“It took three people, one hire crane and 12 tonnes of concrete to position Varanus in its permanent home at Gum Swamp,” Karen explained. 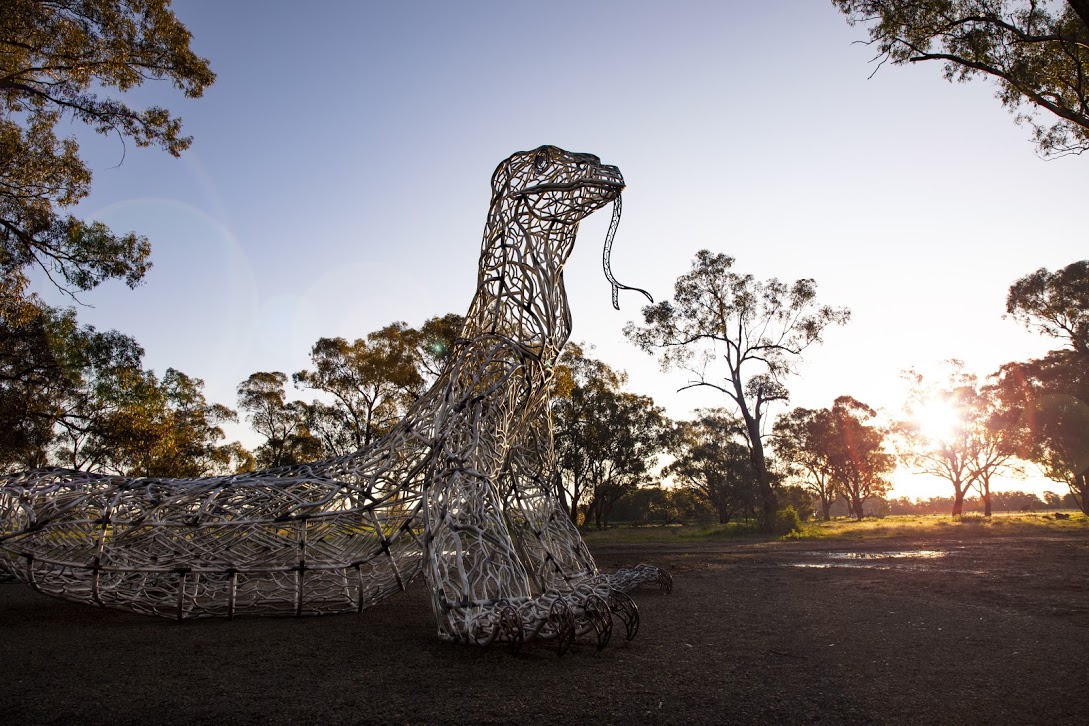 Karen says the Forbes Arts Society curates the trail, working with artists and sculptors to ensure pieces interact with their surroundings while complementing the overall collection.

The society commissioned a number of sculptures from Victoria with five currently awaiting delivery and installation.

“Many of the sculptures require the sculptor to be on site to oversee the installation,” Karen explains.

To work within border restrictions, Forbes Arts Society prioritised works coming within NSW, and those that don’t require the sculptor to be on site. 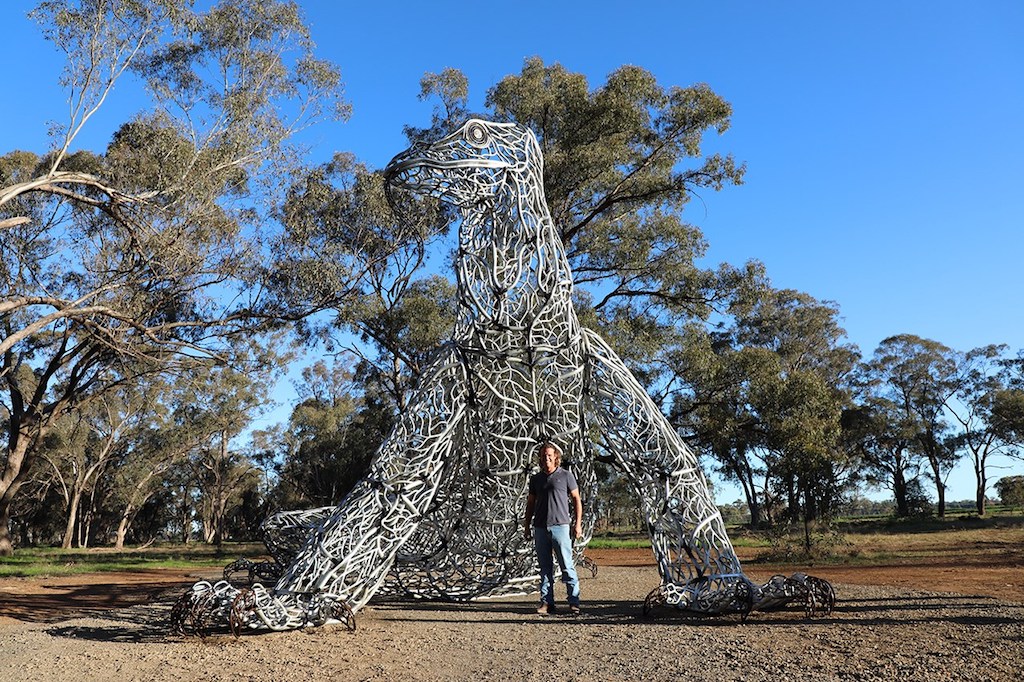 Glen Star, in front of Varanus. Sculptors worked with the society to ensure works completed their surroundings and collection.

Despite tight lips, not all art sites remain under wraps.

With the final piece resting 700 metres from the proposed Condobolin Visitor Centre at Utes in the Paddock undergoing design.

“SDTL aims to connect each of the towns within the Lachlan Valley to create a regional arts and cultural trail, encouraging visitors to explore the whole district.

Boosting the Lachlan Valley Economy Art Project* is funding parking and road infrastructure at each site.

SCULPTURE DOWN THE LACHLAN HISTORY

The Forbes Arts Society launched the Sculpture Down the Lachlan trail in 2014, inspired by Sydney’s Sculpture by the Sea.

Shadows on the Landing by Ingrid Morely at Wheogo Park kicked off the trail in 2014. Since then, the local arts foundation curated more than a dozen pieces throughout the CBD.

In 2016, amazing revealed the trail’s true ambition as the first piece installed between Forbes and Condobolin. 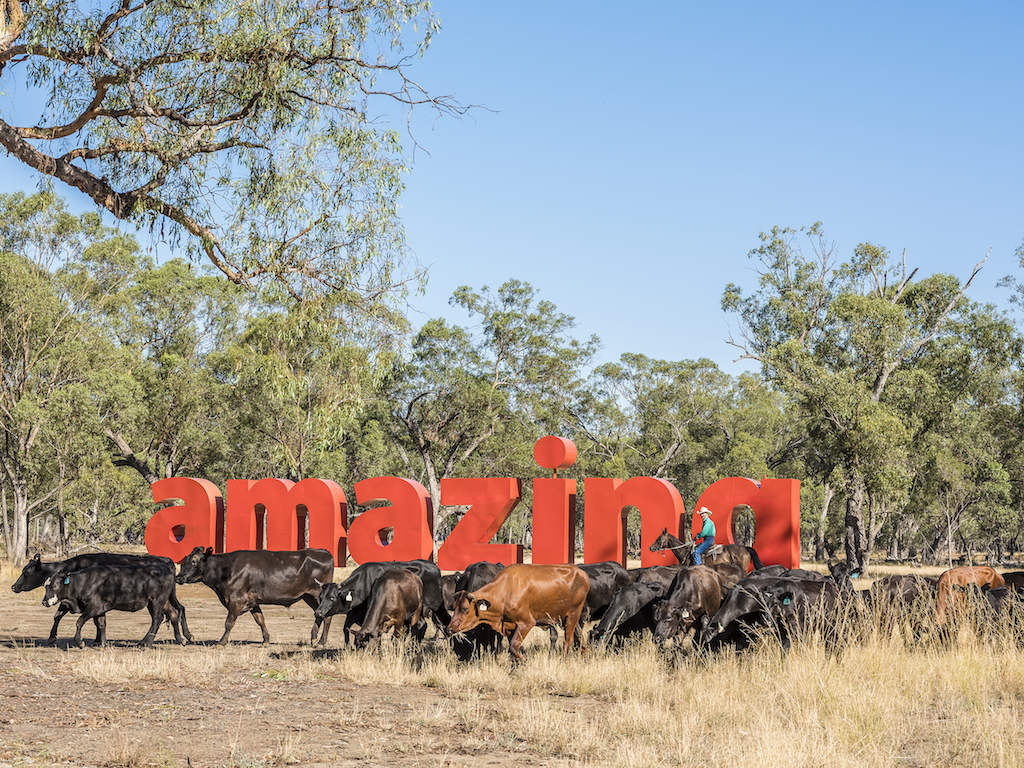