Photographic collection a gold mine at Gulgong’s new Holtermann Museum

Aching for gold fields glory? Zoom in on flawless glass plate photographs at the Gulgong Holtermann Museum, set to open in October this year. 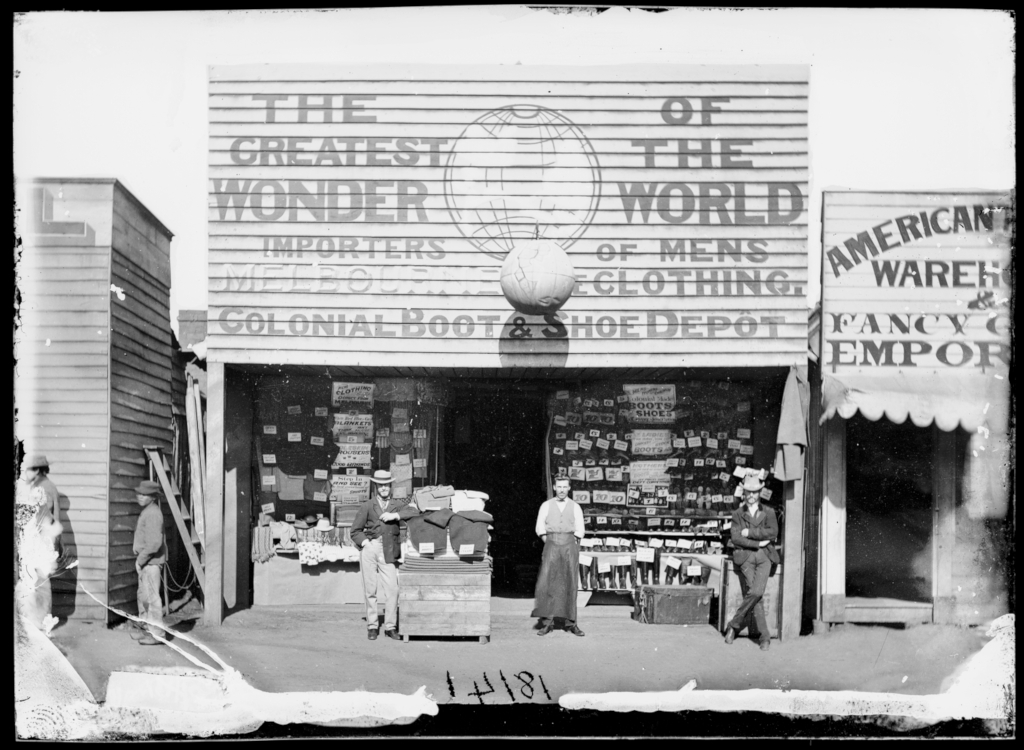 Holtermann’s grandson, identified as the-then rightful owner, donated the collection to the State Library of NSW in 1952. But with no identifying signage represented, the remarkable find sparked a 20 year search for the locations it featured.

Forty years later, the Holtermann Photographic Collection preserved digitally in high resolution, formally starred in ‘The Greatest Wonder of the World Exhibition’ hosted by the State Library of NSW in 2013.

“It’s a really beautiful exhibition. Designed and installed by our committee volunteers. And now it is here for everyone to see,” explains Gulgong Holtermann Museum committee member, Maureen Hall.

“And because they were taken on the wet plate, you could make them really big.”

In fact, visitors will be able to zoom in the images via kiosk displays. 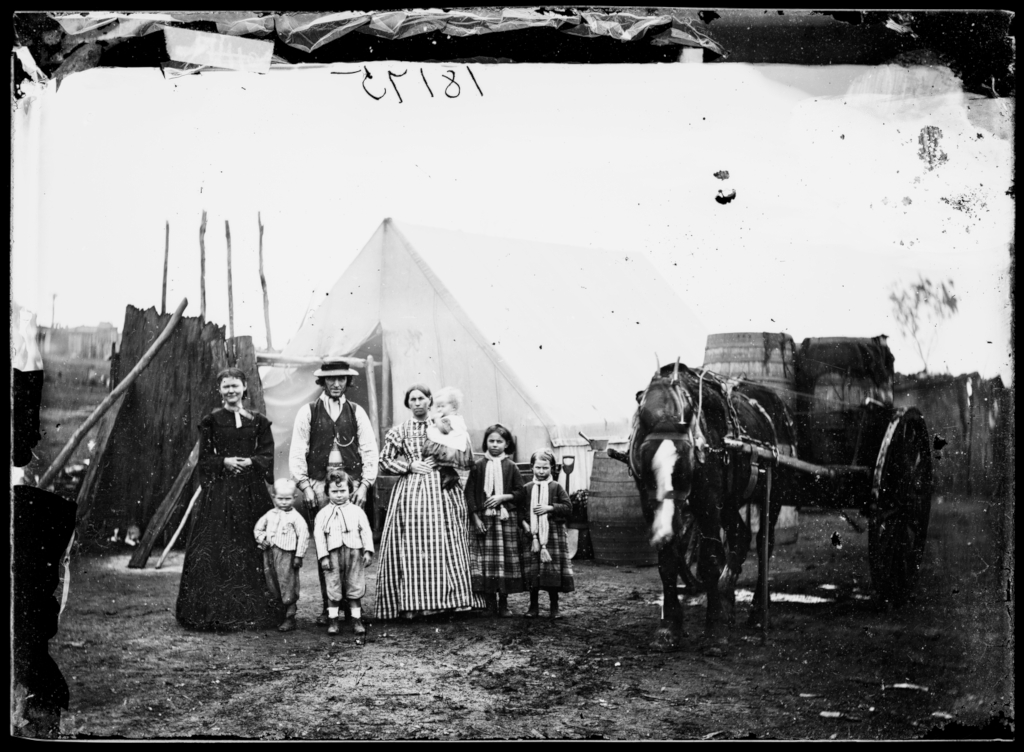 The Gulgong Holtermann Museum Committee acquired two iconic historic buildings on behalf of the Gulgong community: The Greatest Wonder of the World and the American Tobacco Warehouse and Fancy Goods Emporium to house the museum.

“The museum is on track to open in October,” Maureen explains.

“We worked closely with our Heritage Adviser to ensure the original buildings were faithfully restored and that new works were in keeping with Gulgong’s heritage streetscape.”

A design student from the University of Newcastle, mentored by the Heritage Adviser, designed the rear buildings.

“Our committee worked hard to ensure different materials true to the era were used, incorporating bricks, blue stone and roofing from the old Gulgong Hospital.

“It’s been a really big community effort, the community has driven it from day one.” 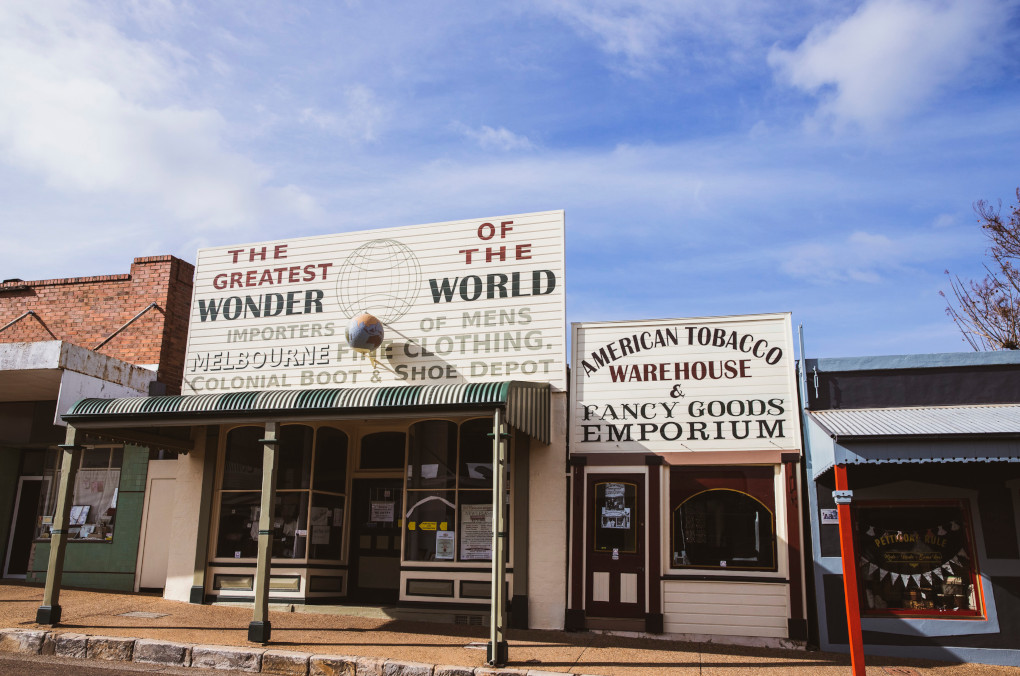 The Greatest Wonder of the World prior to final fit-out. Soon to be home of the new collection. PIC: Tourism NSW

Gulgong truly is a living exhibit, but the local rush forms only a part of the Holtermann photographic journey.

The collection comprises photos of NSW and Victoria, taken in the 19th Century by Beaufoy Merlin and later Charles Bayliss, to project success and woo would-be prospectors to Australia and away from the Californian goldfields.

Bound for America and Paris, the collection wowed audiences at the Exposition Universelle Internationale in 1878.

Bernhardt Otto Holtermann funded Merlin’s project after extracting the world’s largest gold specimen, more than 75km from the now Heritage-listed town. Then, on Merlin’s death, he purchased the images of Gulgong.

“They came up to Gulgong to photograph everything, the houses, lean-tos and mining sites; a cross-section of life on the goldfields,” says Maureen.

Thankfully, luck and years of hard work brought this remarkable collection to light. And with the Heritage-listed town of Gulgong a living time capsule of NSW’s gold rush peak, it could not have found a better home. 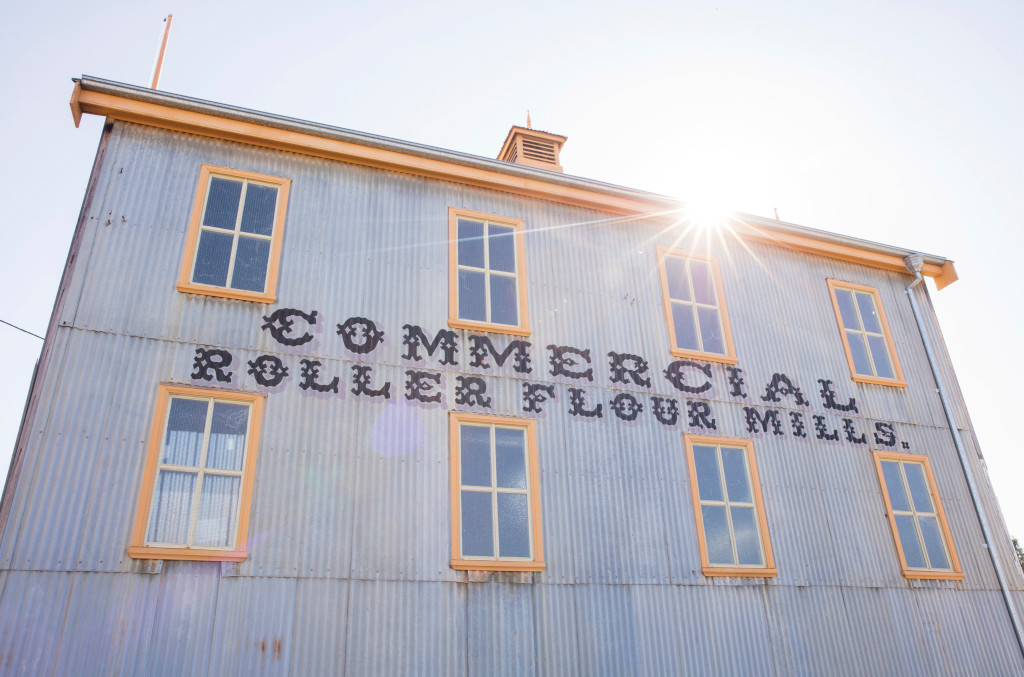