Welcome to Wagga Wagga. It seems wherever you go in Wagga Wagga the welcome mat is out, as it was when we pulled into BIG4 Wagga Wagga. Our convoy of eight caravans, a catering truck and a steady stream of crew cars arrived at the park and were given our sites and cabins without any rush, just a friendly, helpful approach.

Once we had settled in it was time to explore the park which stretches over 9 acres. It sits on the banks of the Murrumbidgee River and is only about 2km to the centre of town, which gives it the feel of a country park with every facility you could possible want just around the corner. 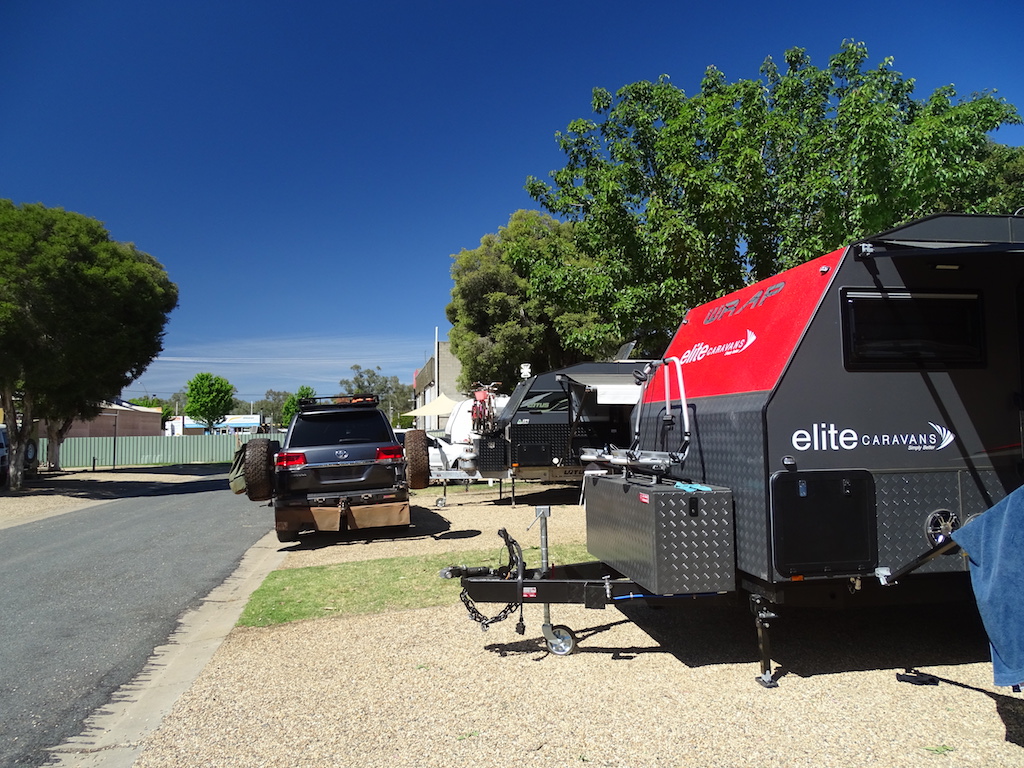 This is a family owned, and family run caravan park and, as if that wasn’t good enough, the Cotterell family are also caravanners. So it’s fair to say that they have a pretty good idea of what you need from their park.

There are currently 48 sites with a plan to add 23 new drive through sites and 24 back in sites, with an additional amenities block and BBQs. That’s a huge boost to the number of sites! Just to add to the improvements some new cabins are being planned too. Plus a refurbishment of existing cabins is underway and will continue until all the cabins have had a facelift.

While we were there, it was very common to see the ‘no vacancy’ sign up on the powered sites because it is such a popular park and it’s a good idea to book ahead if you want to stay here so that you don’t miss out.

One of the things that is so important is that this park has been tailored to the needs and wants of the people coming here. You don’t have to conform to the park, it has conformed to you. 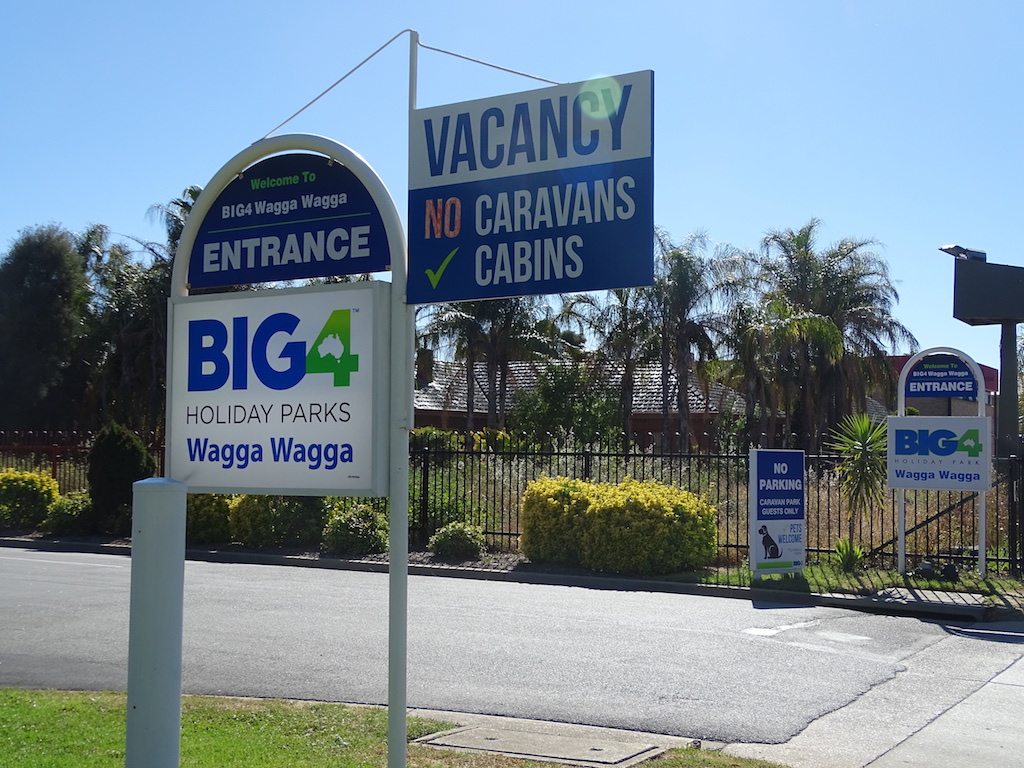 CAMP KITCHEN, DINE INSIDE OR OUT!

Wagga Wagga is the largest inland town in New South Wales and is a very popular destination for heaps of sporting events. It is also home to Kapooka, the Army Recruit Training Centre so there are a lot of passing out parades and special events happening there too.

If you do have some free time and want to relax, there is a very good pool, and a kids playground close to the pool. The camp kitchen is excellent, with plenty of room for people to sit and eat, inside and out. There are two BBQs in the camp kitchen as well as a range of kitchen equipment and a couple of fridges.

If you want the sit and relax and soak up some water views, the Murrumbidgee runs at the back of the park, and had water in it when we were there in October/November 2019. 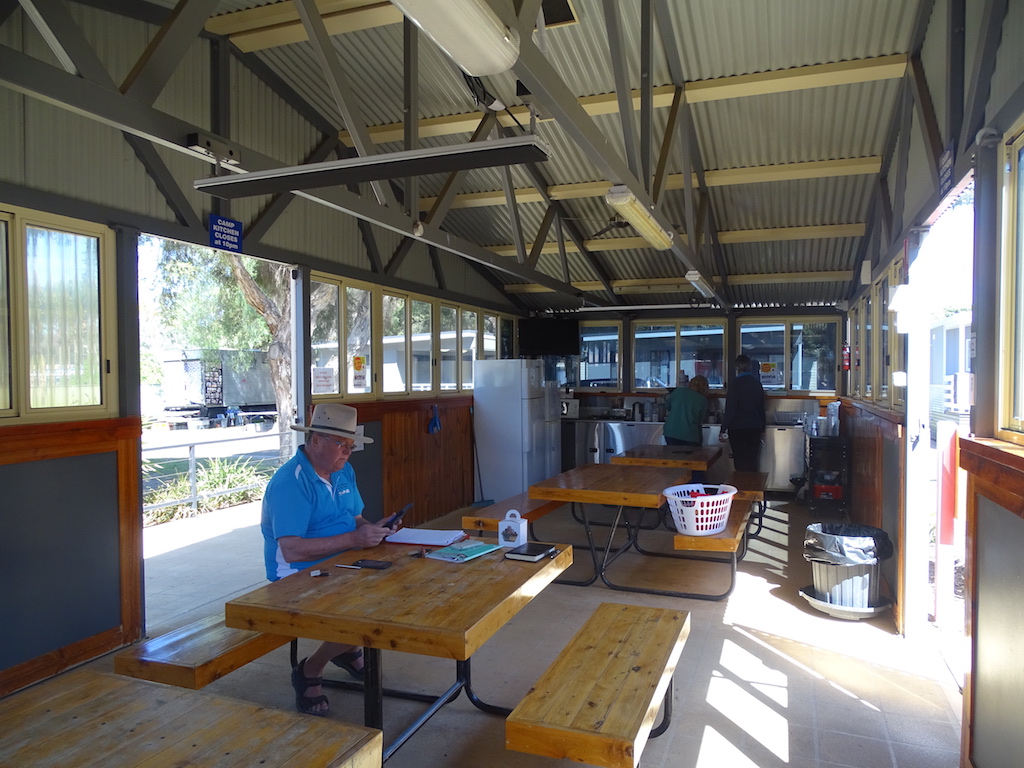 One of the aspects of the park I did like was that it was quite easy to move our vans on the internal roads. Roads in some parks have very difficult corners which seem to involve a lot of breath holding while you work your way out. But not here, it’s just another easy part of being at BIG4 Wagga Wagga–words Alison Huth. 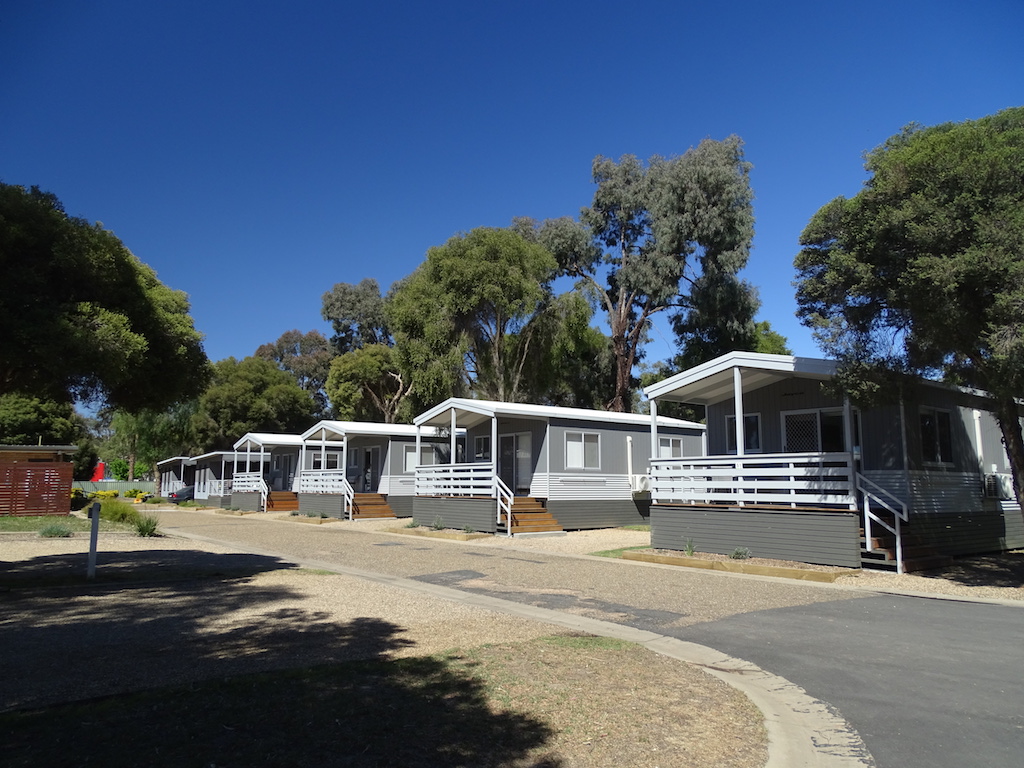