In 2014, the Qantas Founders Museum found its centrepiece—a ’53 Super Constellation—for next year’s Qantas Centenary celebrations, at the Manilla International Airport where it sat grounded for 26 years.

“Our board planned it that way,” says museum spokesperson Nicole Kuttner. To date, the cockpit restoration is complete and the cabin’s interior well underway.

“We anticipated it would take it that long.

“To extract it, relocate it, all the research and restoration … [and to] acquire funding for each stage.

“That is the nature of the non-profit organisation.”

The foresight paid off. Guests on are track to browse the Qantas Super Constellation display at the Museum’s Airpark, alongside a Boeing 747 and 707 in April 2020, ahead of the November anniversary. Then, as the day closes, they’ll enjoy the inaugural sound and light show. 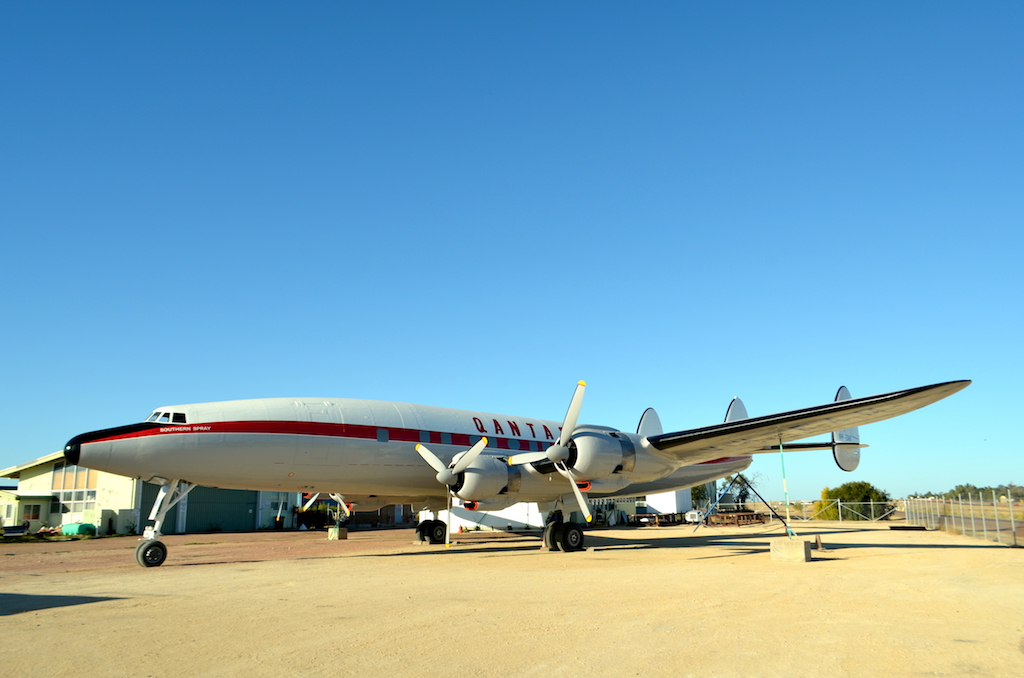 WHY A SUPER CONSTELLATION?

In 1947, Qantas patrons hit the stratosphere in pressurised comfort aboard Australia’s first Constellation, with the luxury variant’s Flying Kangaroo debut departing in ’54.

“It meant we could fly further than ever before,” explains Nicole, with commuters soon thereafter reaching London within four days compared to 10 days by flying boat. 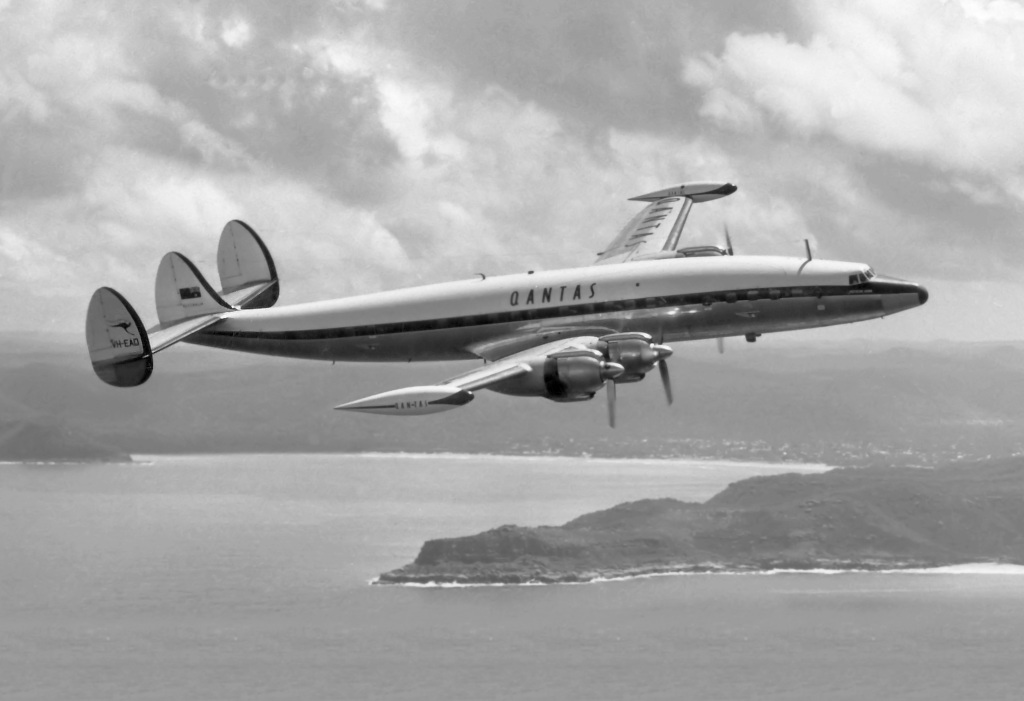 Although holed up in Manilla wheel-deep in mud for 26 years, its purchase was highly calculated.

The Catalina acquired in 2009 required similar planning before opening to the public in 2014.

“It takes time. Especially when you’re dealing with an aircraft that was built so long ago.”

A volunteer party from the Qantas recovery team retrieved the ‘Connie’ from the mud to the first of two temporary resting places within Manilla.

Teams organised at head office dis-assembled the Super Constellation to prepare it for shipping in May 2017 en-route to Townsville, where it stayed for many months.

“We fundraised at every stage.

“It took five trucks to get it from Townsville to Longreach,” Nicole explains. 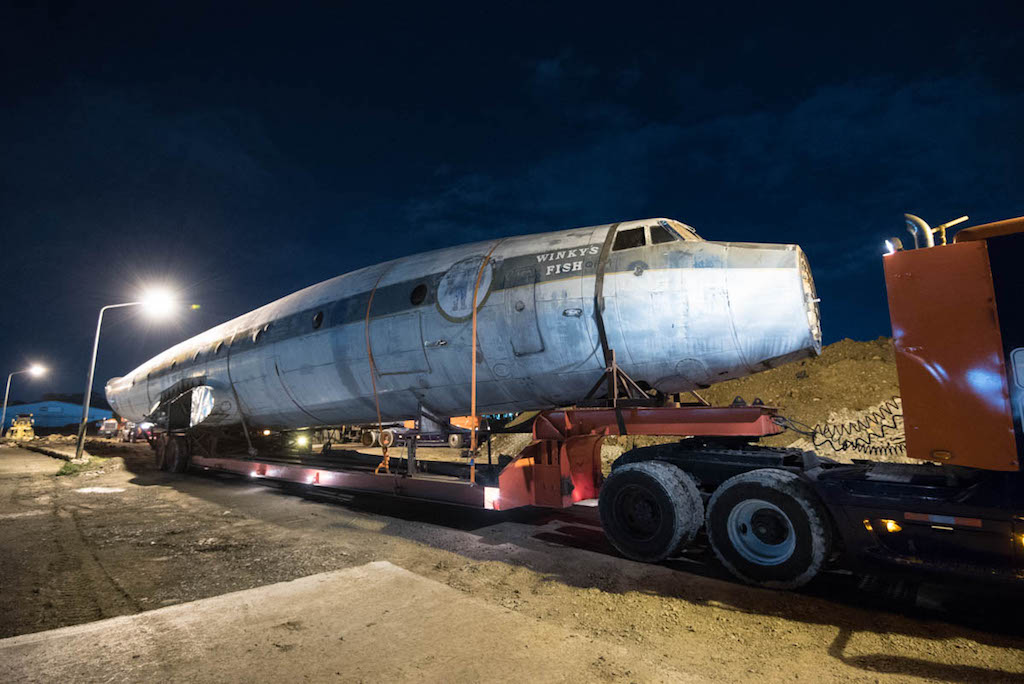 The Super Constellation in Manilla on its way to the docks. Pic Ayllene Johnson.

The Qantas Super Constellation fleet flew from ’54 to ’63 with the cabins undergoing significant changes in those years.

So to identify the different configurations, the Qantas Founders Museum interviewed crew and scoured Qantas archives before engaging X Squared Design and Lightwell Studios in its design.

In the meantime, retired aeronautical engineers volunteered hours in the hot, dry Longreach climate breathing new life into the Connie inside and out.

“Treating the corrosion was a massive challenge. We also had to reassemble it, in extreme temperatures,” says Nicole.

It took a bit of reverse engineering to piece the parts and cabin instruments.

“Many volunteers had worked on later aircraft but not on the Super Constellation … they had to rely on their knowledge. We hired a company to paint it.

“Everyone has done a fantastic job. It all looks so beautiful.”

Indeed, as 2019 draws to a close, the Qantas Founders Museum looks well set for a full year. 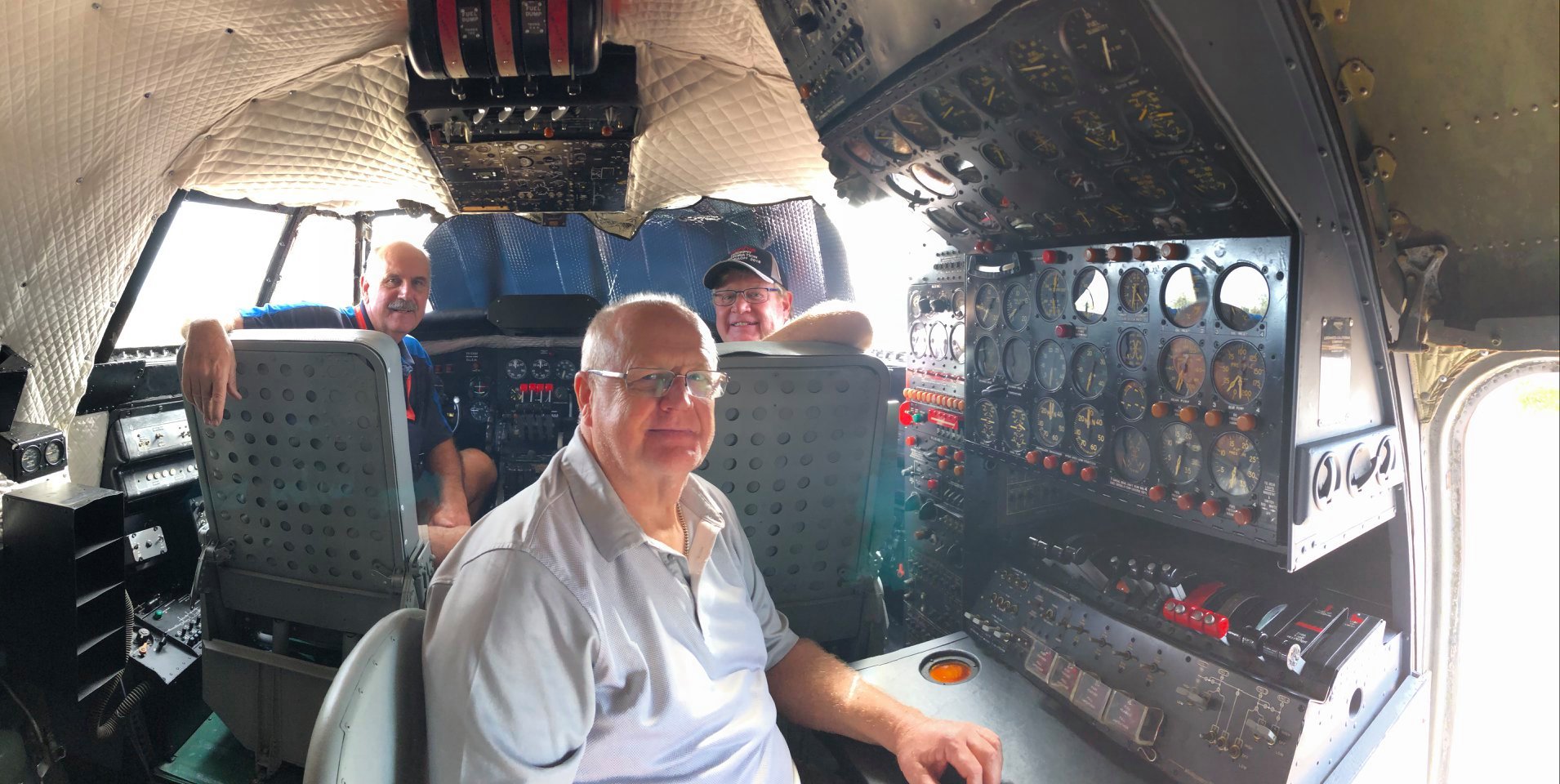