A month after the shock of Cyclone Seroja, phones at True Blue Caravan Park are ringing.

“People are calling to see if we are open–and yes we are open and Northampton is really wanting visitors right now,” says Jane Avery, who with husband Phil, only finished refurbishing their beautiful park five weeks before the cyclone hit.

“The shops are up and running. We just want tourism back right now.”

Two of the pubs in town are operational and most of the other shops–“It’s such a great community, you wouldn’t know right now.”

Some homes are still tarped but well-coordinated services and grit are pulling the community through it: “The town was without power for 18 days.”

Peaking at 170km an hour, Seroja was fierce. But True Blue is the sole accommodation provider in town, Northampton needed it up and running.

“We have had the Army stay, an awful lot of tradies. And when it first happened, there were demolition experts–we had quite a few insurance assessors also stay.

“The local Shire and emergency services put in a big generator for us and we got the park going. We were closed for 10 days but had the showers going early for the community.

“The Shire was amazing: very supportive. Not one person who wasn’t supportive.

“The school kids in town raised money so people could do their washing. Just gorgeous.

“It was all hands on deck. Everyone got on with it–we’ve never come across such an amazing community–everyone was just helping everybody. 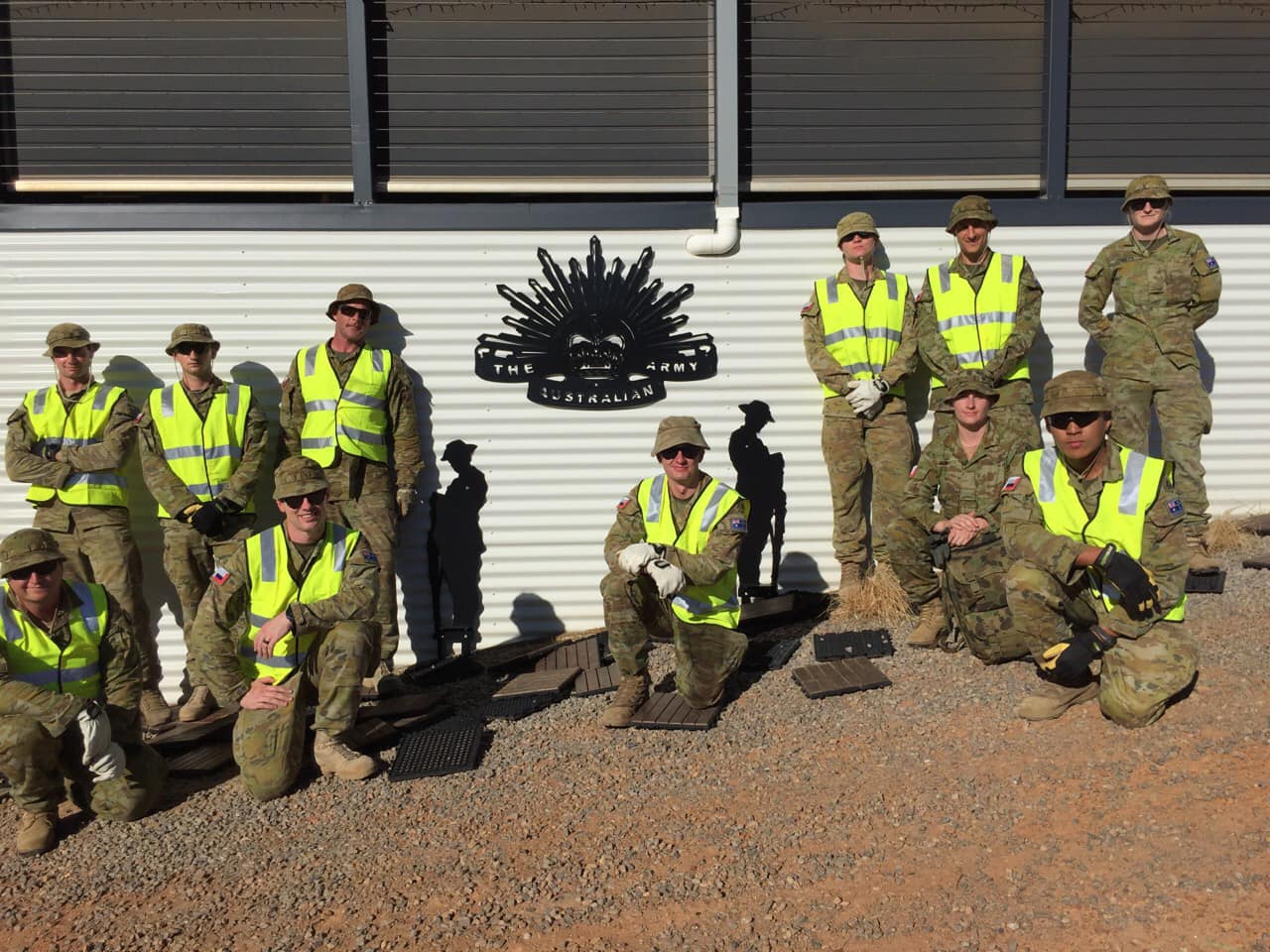 Indeed, opening the park was an amazing feat for all involved, given the extent of the damage.

“There were massive overhanging branches, it was quite unsafe.”Heart-breaking scenes for the family who’d spent 8 months restoring the property. Sadly, they also lost their new signage, their new deck and shed storage.

“But everybody was so amazing; the SES, the Army, tree loppers, they were just magic what they did for us.”

Removing the rubbish was the biggest hurdle, says Jane: “the big hanging branches, truckloads and truckloads went out. Gosh they worked so hard … they really broke the back of it.

“My son came with the Army but he bought me his washing, ‘ah thanks, Andrew’–kids never stop!” laughs Jane.

Since reopening, Jane and Phil have invited locals to their park-run Sunday pancake breakfasts. The couple has also taken in locals who lost their homes.

“We have got three displaced guests staying with us in caravans and we got a call they might be sending them more–we gave our caravan to someone who had lost their home.”

The arrangement allows locals affected by the cyclone opportunity to stay within their community.

“It’s the farmers on the outskirts of town I feel bad for; there’s still lots of work to be done.”

“Travellers were told to leave on the Friday; we were chock-a-block that night, we had people parked on the roads.”

And then, the wait.

“We closed by the Saturday. That gave us time to prepare.”

Phil and Jane took it in their stride having lived through cyclones. Admittedly, though, Jane was shocked by Seroja’s intensity.

“The noise it was like a jet engine–then silence with the eye, the second half was probably worse.

“Having my grandson with me was scary but in a way it was good to have him there, I couldn’t
just lose it.

“We had him in the bathroom. He thought it was a great adventure–we wrote a big story about it
the next day,” says Jane. 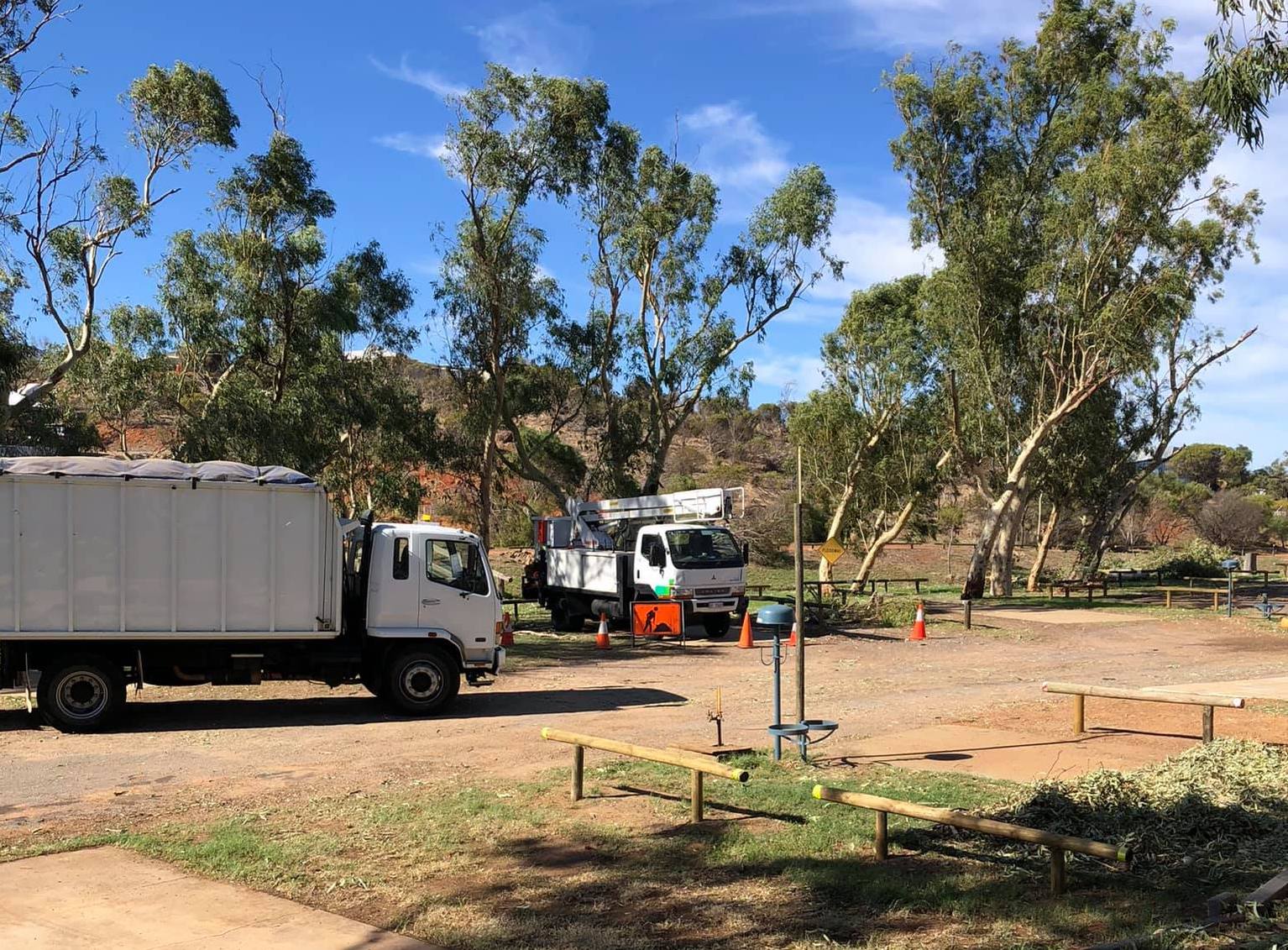 But the weather’s cooling and the touring season is ramping up. Another chapter, a new day.