Thanks to the Territorian 4WD community, a forgotten ‘cluster’ of gorges, swimming holes and springs within Litchfield’s hidden heart awaits the plucky top-end tourer.

You’ll find it via an 18km four-wheel-drive track network during the Dry, after Parks NT completes the upgrades this December. The recovered routes taking in the upper areas of the Reynolds River (East Branch) within Litchfield NP’s Central Valley.

Although remote, the land here was once well charted. Before annexed as Litchfield National Park in ’86, the 1500sqkm parcel comprised a closed uranium mine and three pastoral leases.

Parks NT had hoped to reinstate a 4WD track, but when its chopper-filmed footage unveiled more than expected, volunteers came aboard.

“They [Parks NT] found some most attractive waterholes, and sought the assistance of 4WD NT to find a way to get at them,” explained Mal Stewart, president of 4WD Northern Territory. 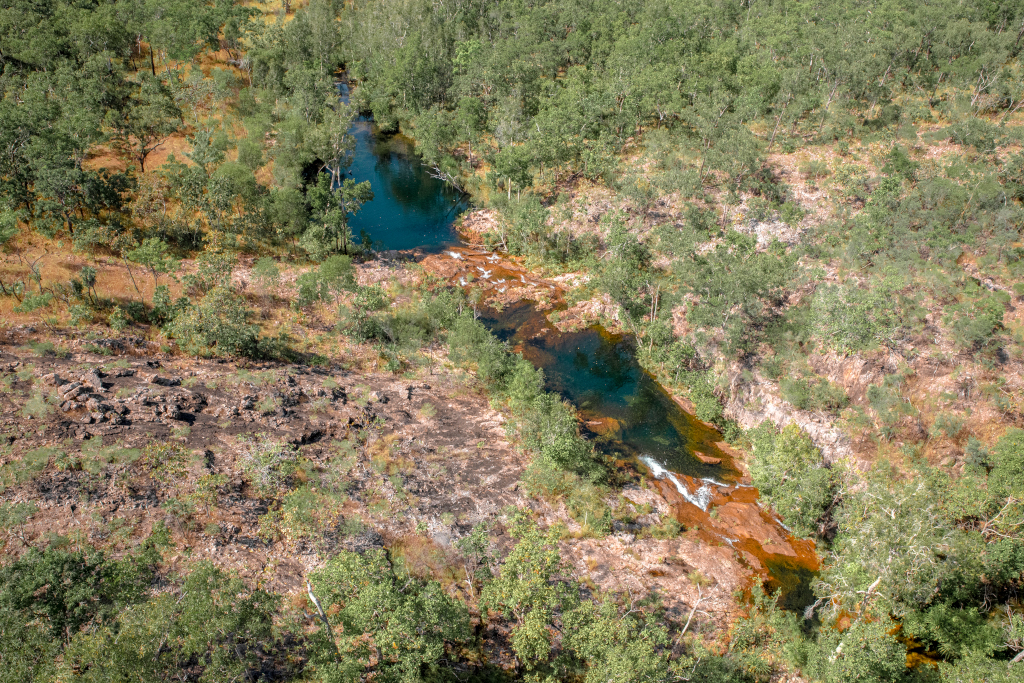 4WD Northern Territory is an umbrella organisation for 4WD clubs in the Territory. And, as the state-wide chair, it was Mal’s job to co-ordinate the clubs’ activities. Collaboratively, volunteers sniffed out the tracks, pouring over the footage, satellite imagery and pastoralist documentation before locking in hubs.

“It was certainly a very exciting time–they [the tracks] really were uncharted for the past 30, 40  or 50 years,” Mal explains.

THE NEW 4WD TRACKS IN THE LITCHFIELD CENTRAL VALLEY

“There is one main track now to access the East Branch of the Reynolds River, and a few side tracks to a cluster of waterfalls, gorges and a very attractive spring,” said Mal.

Although subject to a lot of work, and perhaps a little gravel, the tracks will remain 4WD.

The access track to the high country leads to an escarpment, which presented a very challenging descent and accent to and from the valley below.

“Many vehicles both from the 4WD clubs and Parks NT have had to be winched up the slope,” said Mal. “Just this section of the track will be bitumised as it would otherwise become completely un-drivable.” 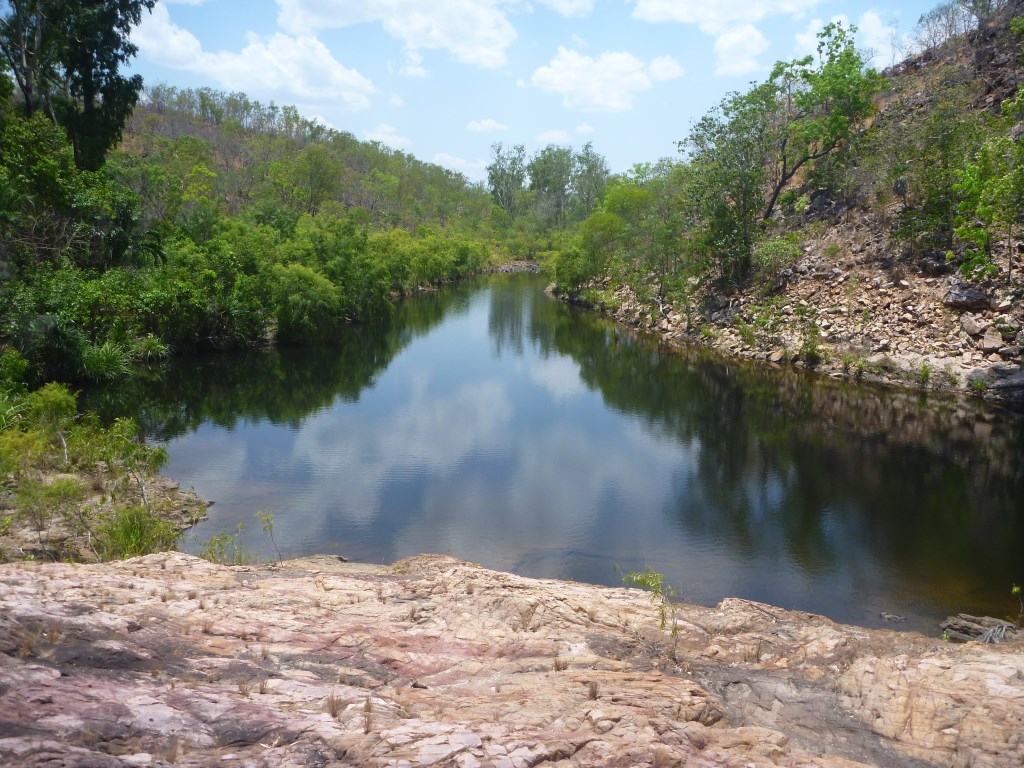 Surprisingly, the clubs found little evidence of the former pastoral activities during exploration with sections reclaimed by dense forest.

“Other places consisted of sandy soil a bit of grass,” said Mal.

In some cases, mature trees had taken root within the tracks.

“It was quite extensive. It took many trips. At times we had to re-chart the course, recheck the facts, but we did it.” 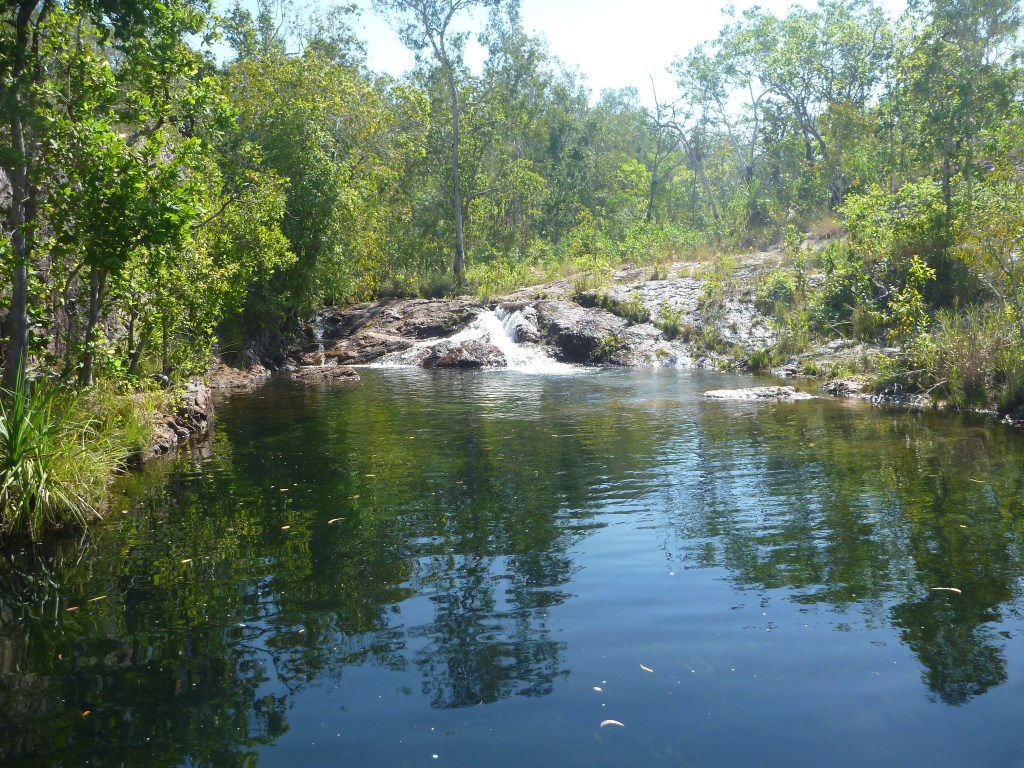 Although thought to be a watercourse, the pristine bubbling crystal spring uncovered amid dense forest surpassed everyone’s expectations.

“The spring just comes out of the ground on a flat area, and you can drive around the outside of it. And it’s just the right temperature, too. The perfect temperature for a spring,” said Mal.

And right now, they are the springs with no name.

“That’s up to Parks … [but] when we camped at the spring we named it Crystal Springs.” 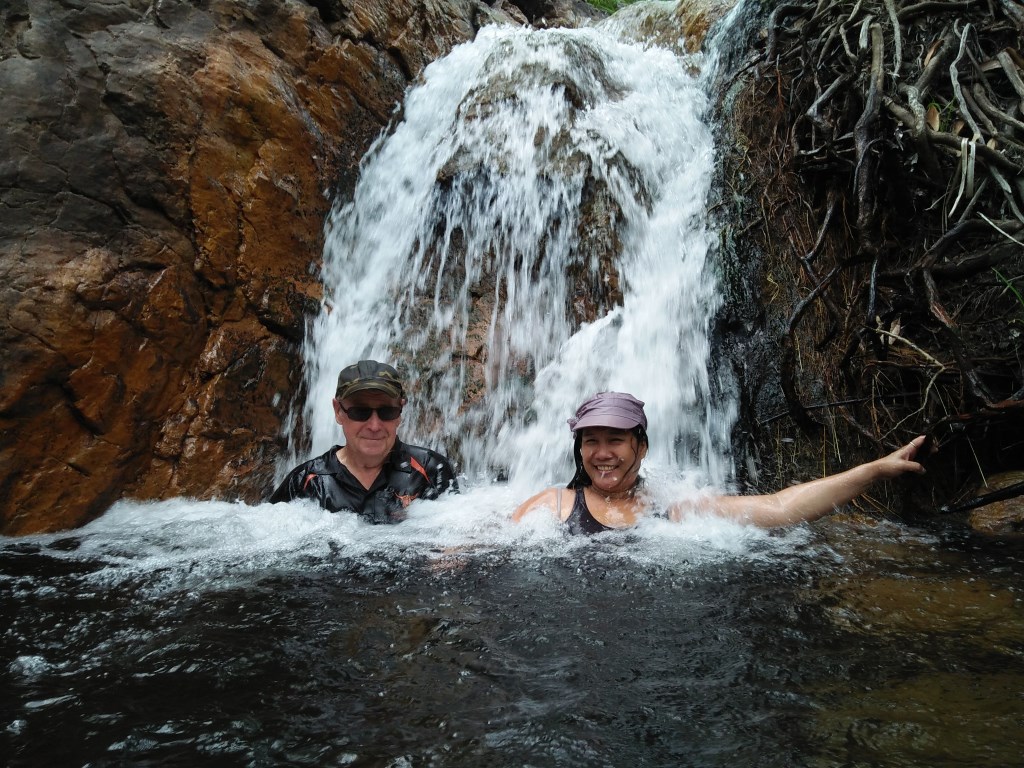