A hothouse for elite Aussie champions, the sporting culture in Wagga Wagga is deeply ingrained, says Luke Grealy Manager Museum of the Riverina.

And among its collection is the Wagga Wagga Sporting Hall of Fame.

“Where you get the right ingredients together for good sporting success: climate, good sporting facilities, stars—like Terry Daniher—returning to share their expertise and inspire the local kids.”

“They’re just doing a huge development which is going to be south of Wagga Wagga.

“Council consulted with local mountain bike riding groups and the NSW MTBA [to put forward the case and establish needs]. It was a lengthy bidding process.

And per the Wagga effect, council-funded clinics welcoming the current crop of talent are keeping the dream alive for Wagga’s youth. 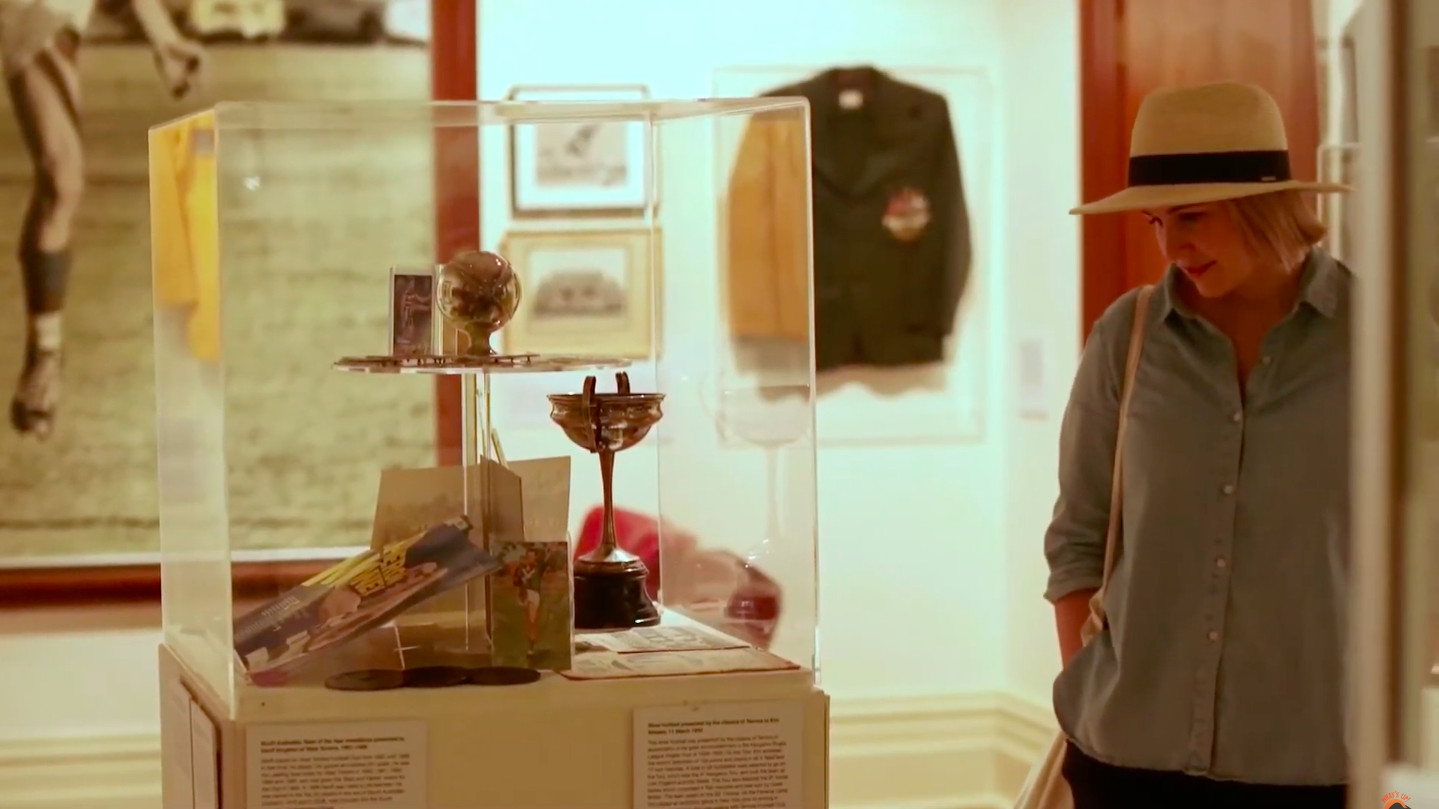 The role of the Wagga Wagga Sporting Hall of Fame is vital too, firming Wagga’s identity as a home for Aussie sporting excellence. And visitors are intrigued.

Subjects are inducted by committee via the biennial inductee program, with more than 100 joining the collection since 2000; Luke has been with the project since its inception in 1996.

“What I love about the collection is the diversity.

“Everything from left-handed golf—tributing great Morris Hetherington—to model aircraft flying. As well, of course, of your big name sports like AFL or tennis.

To qualify as an inductee, the sport needs to be recognised.

“There was a bit of controversy about introducing ballroom dancing to the collection.

“But the Olympic Movement accepted it as a sport. And when you think about it, spinning around for four hours takes considerable effort.”

Right now, as the Museum of the Riverina undergoes major refurbishment, the Wagga Wagga Sporting Hall of Fame collection is attracting crowds to the council offices.

With the collection comfortably contained in the slightly smaller premises, curators are taking the opportunity to rotate pieces, homing in on themes.

“The new museum will open in August,” says Luke.

It will feature five rooms, one of which will be dedicated to the Wagga Wagga Sporting Hall of Fame collection.