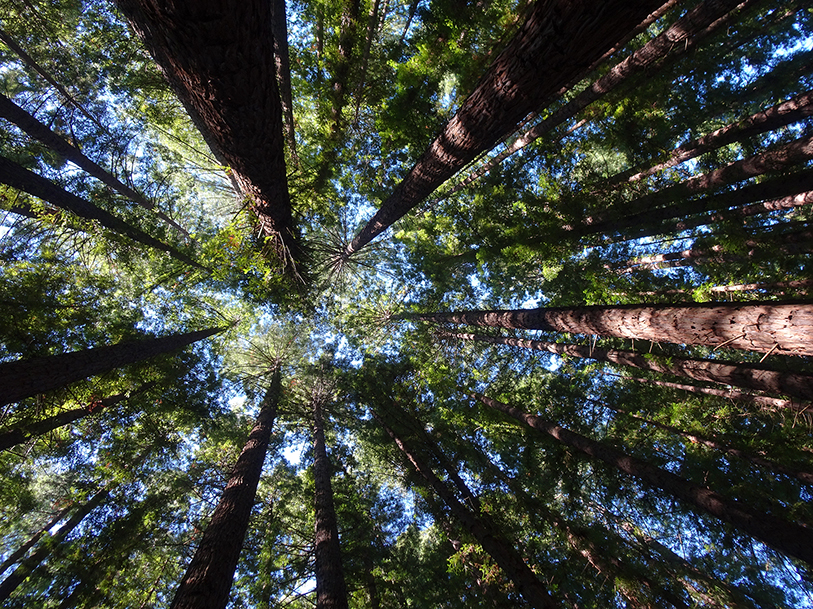 By the time the Yarra River gets to Melbourne, it’s sluggish and brown, but if you follow the river up towards its origin, it transforms into a rushing mountain river, with crystal clear water. It’s on the banks of this river in the upper Yarra Valley, just 75km from Melbourne’s CBD, you’ll find the town of Warburton.

While the Yarra Valley is home to many fine vineyards and restaurants, attractions of a different kind bring tourists to Warburton. For here, you can get a glimpse back in time to what this region was originally known for – the timber industry.

Warburton was established after the discovery of gold in the area during the 1860s. Only 30 years later most of the gold had been extracted, and the timber industry took over. With the extension of the railway line in 1901, numerous sawmills and tramways were built to get the product to the railway. The tramways were replaced by chainsaws and bulldozers, and gradually most of the sawmills have ceased operation. On the road to Warburton, you will pass one of the few remaining operational sawmills at nearby Millgrove.

The railway line closed in 1965, but for those of you with bicycles, it is now a great rail-trail, stretching 40km from Lilydale to Warburton. The gradient is gentle, and you definitely don’t have to do it all to have a great day out. Walkers can also share the trail.

Driving into Warburton, you will notice that many of the old-style shop fronts and verandas have been retained, maintaining the village feel. A stop at the visitor center is mandatory if only to see the waterwheel. This is an accurate replica of the wheels used by miners and mills to generate power for their operations, and smaller versions also generated power for hotels and even houses.

Behind the visitor center, on the old railway station platform wall, a series of 50 murals depicting Warburton’s history have been painted. Pick up the booklet from the visitor center first and then wander along, stepping back in time to celebrate important people and buildings in Warburton’s past. There are few surprises – for example, I didn’t expect to see a painting of an elephant!

Work up an appetite with a gentle stroll along the riverside walking track. On either bank of the river is a gentle, well-formed track, with several footbridges (including a couple of swing bridges) to cross over. The complete track is approximately 6km, but you can easily do just a small section if you prefer. There is plenty of parking behind the shops on the riverbank.

Talking about the riverbank, if it’s that time of day, drop into the Riverview Café. There is inside and outside seating, friendly service and menu with something for everyone. We’ve been twice and can thoroughly recommend their homemade carrot cake. De-licious!

A highlight for us was visiting the Redwood Forest at nearby Cement Creek. Less than 10km out of town, this tract of over 1400 trees were planted in the 1930s after the clearing of the original eucalypts. Several species were planted as part of research into the makeup of future plantations. The Californian Redwoods have now matured into massive trees up to 55 metres in height and, as they were planted in a grid, are easy to walk amongst. Silence descends as you enter the plantation – the carpet of leaves muffles any footsteps and in the filtered sunlight you’ll find yourself whispering. Just wander around, coming across ‘dragon’s nests’ of varying sizes and taking photos. It’s a unique place.

If you have time, drive to the summit of 1265m Mount Donna Buang and climb the observation tower for great views (on a clear day!). There are occasional snowfalls here in winter. For the truly energetic, there is a walking track that starts in Warburton. The track is 7km up the mountain and then 7km down, but be warned, this is a walk for the very fit only, in fact, it is primarily used by trekkers in final training for Kokoda or Kilimanjaro.

Warburton is a pleasant place to visit, with lots of natural attractions and things to do. Slow down and enjoy what it has to offer. You’ll have a great time.

Any time of year is nice in Warburton, but winter can be cold and wet. School holiday periods are the busiest, and the Redwoods can get busy on the weekends. Autumn is particularly nice in town, with great displays of colour from the many elms and liquid ambers.